When most people think of car crashes, they think about the injuries and damages to their vehicle. But there are a few other things that you need to do after a crash as well. This article will discuss some important steps that should be taken immediately following an accident.

After a crash, especially if there were injuries involved, you may be asked to make statements or provide information to authorities. You must do this as soon after the incident as possible because details tend to get fuzzy over time. Write down as much information as you can remember such as the time, location of the accident or where people were standing when it happened, and who was involved to avoid confusion later on. This is where the services of a seasoned car accident lawyer will prove to be beneficial as well. Legal professionals will be able to help make sure that important information is not overlooked or forgotten.

Turn off the engine of your vehicle and call for help

Another one of the primary things that need to be done after a crash is turning off the engine of your vehicle. It’s important that you turn it off so as not to cause any further damages or injuries, but also because there are things like leaking fluids and gasoline fumes that can pose serious risks in certain situations.

Make sure everyone involved is okay

This may seem obvious, but sometimes after a crash, you are so preoccupied with the damage to your vehicle or other distractions that it can be easy to forget about everyone else. It’s important to check on anyone who may have been involved in the accident, especially if they were injured. If someone is not okay, don’t wait for an ambulance, you can take them immediately to get medical help.

Get a police report

If you haven’t already called the authorities, now is probably a good time to do so and request that they send someone out to take statements from involved parties as well as gather information for an official accident report. This may not be necessary if there are no injuries or damage done to other vehicles, but it’s still a good idea to ask for one, as they can be very valuable if you need to file an insurance claim. If you live in California, the CA accident reports can be accessed online by adding the ZIP code or city along with the date of the accident and the vehicle details.

Take pictures of all damages that occur during a car crash

Photos are incredibly helpful after an accident because they give everyone involved, including yourself, a better idea of how the accident occurred and what exactly happened. They can also be used as evidence to prove fault or negligence if court proceedings ensue after a crash, so make sure you take plenty of pictures from different angles.

After police officers and other official personnel leave the scene of your accident, it’s important that nobody goes near or touches anything else before photos are taken. This includes vehicles, people, or other important pieces of evidence that could be tampered with. Many times after a crash, it’s easy to become so focused on the damage done and other details surrounding the incident that you forget about things like this.

After a crash, it’s easy to feel stressed out and overwhelmed by the situation at hand. This can be compounded if you’ve been injured as well. If someone accuses you of being responsible for an accident or asks why they were hit from behind, take your time and answer truthfully, but avoid saying anything that would incriminate or place blame on yourself.

This is another common-sense rule of thumb, but it’s important enough to repeat because accidents can be very stressful for everyone involved. It’s also easy to get caught up in the excitement of the moment after something like this happens. Oftentimes, people want to brag about their experiences or share details with friends and family members to sound important. This is not advisable as it can lead to misinformation that may end up hurting you later on if authorities are involved.

Make sure your car insurance policies are updated

Even if you are not at fault for an accident, your car insurance premiums may go up. This is why it’s important to make sure that all of the proper information about yourself and any additional drivers on your policy is correct before this happens. Make sure licenses are current as well because many times bad driving records cause rates to skyrocket after a crash.

Depending on whether any damage was done during the incident, you may need to file an insurance claim. For this process to go as smoothly as possible, all of the necessary information must be included during your first conversation with your car insurer. When describing damages and losses from a crash, be sure to include every single detail including manufacturer names and model numbers on items such as cell phones, clothing, or other personal belongings that may have been in your car at the time.

Take care of yourself both physically and emotionally

It can be very difficult to deal with the aftermath of a car crash. In many cases, people who have been involved in an accident suffer from some sort of physical or emotional trauma as well. If you’ve been injured during a crash and are unable to perform your usual activities, you must focus on taking care of yourself physically, but don’t forget about dealing with any emotional pain that you may be experiencing.

It’s important to remember some basic steps following a car crash. After confirming there are no injuries, call the police and exchange information with any other drivers involved in the collision, as well as any witnesses who may have seen what happened. If you cannot drive after an accident, you shouldn’t try to tough things out on your own, but rather ask someone else or get medical attention if necessary. Finally, report the incident to your insurance company right away before they find out through another means. All these are geared towards ensuring that you will be able to move on from the incident effortlessly. 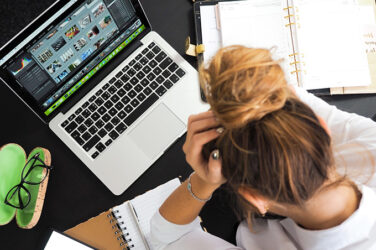 words Al Woods One problem that aspiring business people have to tackle is their ... 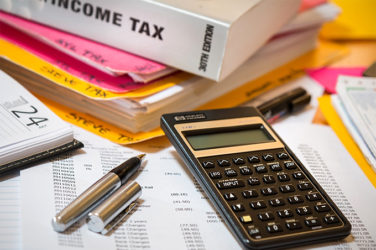 Tax Deductions That Can Help Your Business

words Alexa Wang Paying taxes is a process that makes everyone shiver, significantly if ... 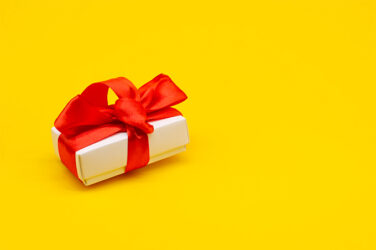 6 Retro Gifts for Kids That Are Simply Irresistible 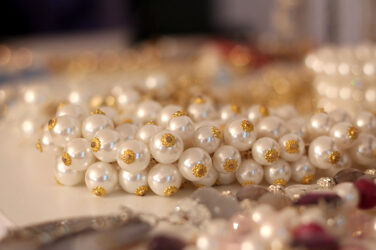 Celebrate the Fourth of July with Jewelry That is Perfect for the Day!

words Al Woods July 4 is just around the corner. On this day, back ... 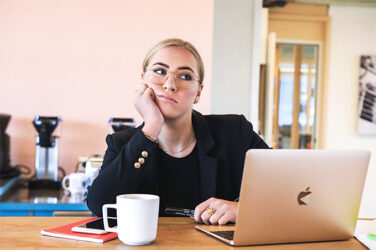 Is Now The Right Time To Make A Career Change?

words Al Woods Are you considering making a shift in your professional life? You ...