Bling has undoubtedly become a staple point of Hip Hop culture and perhaps the most prominent aspect of it. Many people associate bling strictly with Hip Hop and nothing else and this is no surprise considering the extreme emphasis and importance of it in the Hip Hop community.

Bling can be defined as extremely showy, overpriced, and eye-catching jewelry, that is often covered in diamonds, gold, and glitter, thereby immediately drawing your attention to it. Bling has caused significant controversy in the Hip Hop community, as it is quite often the target of armed robbers who seek to steal and ‘discredit’ the authenticity of artists by taking their bling away. Here are some reasons why Hip Hop artists still love bling!

It Is Painfully Expensive

Bling is very expensive, as many are aware, which is the whole point. Hip Hop music often emphasizes in the lyrics just how much money the artists have, and by showing their bling off, they verify their lyrics with the jewelry. Bling is more than just ordinary jewelry; it is often something to discern a ‘wannabe’ artist from the one who is authentic. If you want to get bling yourself, you will find it is painfully expensive, and it can be very difficult to find a website to give it to you cheaply. Many Hip Hop artists draw great enjoyment from filming videos in their jewelry showing off them paying their jewelers’ huge sums of money for extravagant and luxurious jewelry that is completely unique to them. Many rappers will have their personal logo or emblem encrusted with diamonds and thereby certifying the fact they are truly the real deal and can afford the most luxurious and expensive jewelry money can buy. They will often only use the highest quality of diamonds, also, to emphasize how expensive their jewelry is.

It is A Status Symbol

Bling is undoubtedly the biggest method of affirming your authenticity and status in the entire Hip Hop community. Bling is the way that rappers assert their dominance over other rappers. If a rapper does not have the most expensive and sought after bling then he cannot compete for the crown of King of The Hip Hop community; this war over status has unfortunately turned to bloodshed, with many up-and-coming Hip Hop artists being slain brutally for their jewelry. With so many people vying for dominance in an industry that could be said to be marketing the promotion of violence, this is no surprise.

There have been several high-profile murders associated with the theft of jewelry in the Hip Hop community, which has led to many civil activist groups openly coming out and announcing that the Hip Hop community must stop this war against one another and work together instead of against each other, which appears to be another defining feature of the Hip Hop community: conflict. Still, notwithstanding, jewelry is absolutely the most fundamental aspect of a Hip-Hop artist outfit, and many will not even leave their homes without their treasured, beloved, and iconic chains and rings.

If you pay attention to individual Hip Hop artists, you will notice their jewelry is completely unique and identifies solely with them. Many rappers will choose cartoon characters to have jewelry made from, and artists will have their own unique cartoon character that resonates solely with them. One such example is the use of the Warner Brothers logo which still to this day has jewelry made out of it with the words ‘Warn A Brother’ written around it, a reference to warning the wearer of police activity in the area.

As referenced in the previous paragraph, bling is a status symbol. By having the most extravagant and luxurious jewelry they are showing off quite how hard they have worked and quite how successful they really are, thus proving they are the ‘top dogs’ in the industry. It shows that they have committed solely to their trade and have mastered it, and thus are reaping rewards from it. This is perhaps the reason that they are targeted by artists who have a lesser repute, jealousy, and vindictiveness.

Bling has undoubtedly become a very popular staple point of the Hip Hop community and is universally known for this. If you go to any corner of the world you will be able to find people who are completely familiar with the concept of bling and familiar with the artists who wear them. Bling is here to stay and shows no signs of slowing, and while the Hip-Hop industry is transitioning into more aggressive music, the features of Hip Hop are remaining and the artists still appropriate the culture created in the late 1980s, when Hip Hop was born.

The Different Types of Internet Services 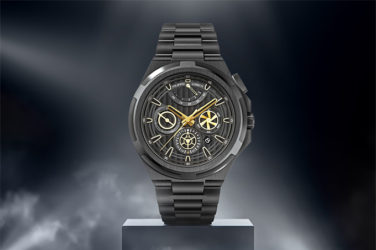 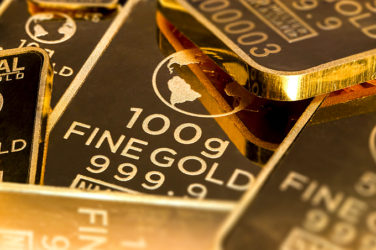 Unconventional ways to invest in gold

words Aelxa Wang For many people, especially those who don’t like to take huge ...