Why is veteran Italian artist Giovanni Battista Armillei not visible in his affecting self portrait? Ian Whiteling travels to a small Etruscan town to find out, uncovering the moving and inspirational story of an incredible hidden talent and his devoted wife.

“When I paint, my hand is completely detached from my brain – I am in a trance.”

Giovanni Battista Armillei is speaking to me in a small room with a balcony in his homely flat in Tolfa, a town in the Etruscan hills about an hour’s drive from Rome. The walls are full of his paintings, which are also stacked upright on the floor one against the other. In fact, there is barely enough space for his stool and easel, on which sits his latest work, The Waterfall, part finished.

Out of a black background, an aquamarine pool emerges. As he continues painting, the black base paint will gradually be obscured leaving no hint of what lies beneath. Like all of his paintings, the style of The Waterfall is expressionist, on a spectrum between impressionist and the abstract. And there has been a clear progression over the years, with each phase as strikingly beautiful as the last.

The 80-year-old Italian artist is certainly prolific, having completed over 2,000 works. And he has become even more so since he was diagnosed with inoperable prostate cancer. Incredibly, despite his age and illness, Gianni, as he is known to his friends, looks very well and barely older than 60.

It is not only his studio that is filled with his art. His entire home acts as a gallery to some of his most memorable unsold work – from the more traditional portrait of his devoted wife and long-time soul mate Nadia, completed 50 years earlier when she was just 23, to the haunting self portrait he painted when he discovered he was dying of cancer, which stands like a sentinel by the front door. Yes, they are an incredibly strong, honest couple, with immense courage, dignity and warmth.

No matter what assaults Gianni, it will take a hell of a fight to separate him from his beloved Nadia.

Although he is known in the art world, having received some critical acclaim and has sold numerous paintings over the years worldwide, Gianni is still relatively under the radar, and it seems that like many artists the true appreciation of his impressive body of work is unlikely to be realised during his lifetime.

Just an hour in the small flat taking in his art is a breathtaking, yet intimate, experience. Each work matches the last, yet is distinctly different. Gianni’s use of colour is spectacular, delivering a vibrancy that brings the paintings to life and reveals hidden treasures on each view.

So what drove Gianni to paint?

“I have three sisters and when I was young it was deemed important for the boy to get an education, so I was sent to the nuns to study,” he explains. “I had to travel quite a long way from my home in Civitavecchia, which meant I stayed there all day. To keep me occupied at school break times, the nuns gave me paper and coloured paints. One of the nuns took a liking to my use of colours and how I mixed them, and encouraged me to do more. That’s when I started.” Yet Gianni has no traditional art training or qualifications.

On leaving school, he set up a publicity company, but his desire to paint was so strong that he gave it up to work with the local government so that he had more time to pursue his passion. He remained in the job until his retirement, never selling enough of his art to paint full time.

A strong hint as to the inspiration behind his changing style comes when he reveals his favourite artists. First he names 14th century Italian Simone Martini who greatly influenced the development of the International Gothic style. Then he expresses his admiration for one of his contemporaries, Anglo-German artist Frank Auerbach, now also in his eighties. Finally, he cites Russian-French early modernist Marc Chagall as another key influence.

Gianni is so consumed by his art that he has completed many of his paintings in just one or two days. The complete artist, he also crafts beautiful wooden frames for his work using discarded furniture, and carves sublime sculptures from the wood of dead trees which he forages for in the stunning countryside around Tolfa.

“I will never harm a living thing through my work,” he explains.

Gianni defers to the canny Nadia when asked how much his paintings sell for. She points out that they range from around €300 for smaller works up to €2,000 for the larger pieces. Asked whether he finds it hard to part with this paintings, Gianni replies: “I find it difficult to let go, because each painting is a piece of me, but when you create something you feel is beautiful you cannot only keep it to yourself, you need to share it with the world.”

“And the money comes in quite handy too,” adds Nadia mischievously, a broad smile illuminating her face. However, Gianni’s generous nature also means that many of his friends in Tolfa and neighbouring towns have received gifts of this art or at knock down prices.

The abstract nature of much of his work means that many local people find his paintings hard to understand because it can take two or more viewings to appreciate all the elements and they prefer more classical styles. This means he has found it difficult to sell his art. To display his work and expose it to a wider audience, Gianni asked his friend Assuntina Antonacci if she would hang his paintings in her beautiful restored 16th century farmhouse, Fontana del Papa, located just outside Tolfa, which she runs as a guest house offering home-cooked Italian cuisine and cookery workshops. Attracting guests from across Europe and beyond, it has proved the ideal place to introduce people to his work. For every painting Assuntina has sold, Gianni has given her one in return and she now has a fine collection of her own. Over the years his paintings have found their way across the globe, from the US to China.

When questioned, Gianni is open and honest about the story behind his paintings. New work Pietro depicts a rather comical skinny sunbather. “It’s an ironic portrait of a rather ridiculous man who lives at the beach,” he explains, “a strange person with many legal troubles.” Referring to the unsettling recent self portrait, he says that the reason you can’t actually see him in the painting is because he has faded away leaving only his empty clothes.

Gianni begins every painting immediately with oil on canvas – he does no preliminary sketching. “If you draw, you limit the colours,” he says.

As the affecting rendezvous draws to a close, I rather cheekily ask if it would be possible to watch him paint, almost certain my request would be politely declined. To my surprise Gianni agrees without any caveats, and I excitedly arrange to drop by the next day.

On arrival, Gianni again leads me to his studio and I have the honour of watching him work on the part-finished painting mentioned earlier. It proves to be a fascinating experience. He even lets me try my hand, which is decidedly unsteady, but my clumsy splodges are gone in flash once I pass the brush back to him.

That evening I leave for home, departing the beautiful town of Tolfa, with its winding roads set beneath a ruined castle, deeply moved by my experience of being welcomed into Gianni and Nadia’s home and gaining an intimate insight in to the mind and work of this exceptionally talented artist and sculpture.

As I bid my farewells, thanking Assuntina, who introduced me to Gianni and translated during our interview, she can hardly contain herself. “Gianni visited the oncologist today,” she can’t wait to tell me, tears in her eyes, “and the cancer is stable, there has been no growth since his last visit.”

Emotion wells up inside me. Gianni still has a fight on this hands, but at least there has been some progress. At least there is some hope for him and Nadia to spend more precious time together. At least he will get to create more of his unique, exceptional art for the world to enjoy.

Ian Whiteling is a freelance writer and video journalist. 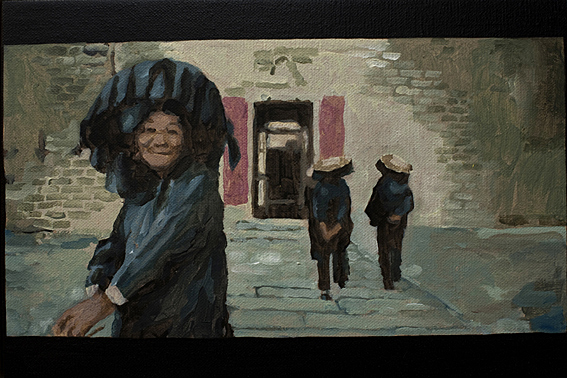 Fancy a trip to Hong Kong? Who wouldn’t. Every year tourists flock to sample ...

words Alexa Wang Paying homage to the hairdresser who shaped the 60s, the Vidal ... 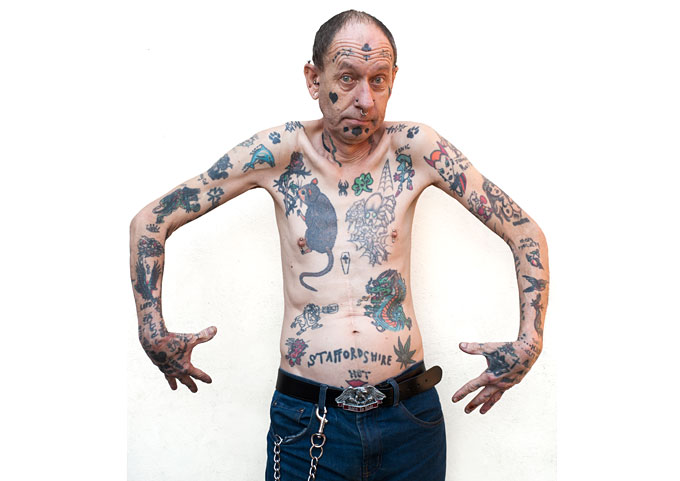