The group exhibition Be a Man! featuring Claude Cahun, Alexis Hunter & Mahtab Hussain at Sumarria Lunn lends itself to a deconstruction and exploration of what it means to be a man today. Featuring international work made over the last century, the show embraces historical, cultural and political concerns to scrutinise masculinity from a range of perspectives.

“The order so often heard – ‘Be a man’ – implies that it does not go without saying that manliness may not be as natural as one would think… Being a man implies a labour, an effort that does not seem to be demanded of women. It is rare to hear the words ‘be a woman’ as a call to order, whereas the exhortation to the little boy, the male adolescent, or the adult male is common in most societies”.

– Elisabeth Badinter, Professor of Philosophy at École Polytechnique in Paris 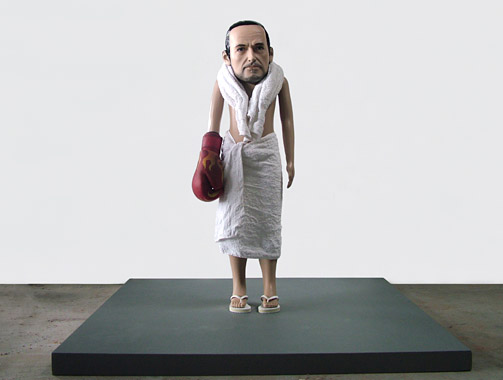 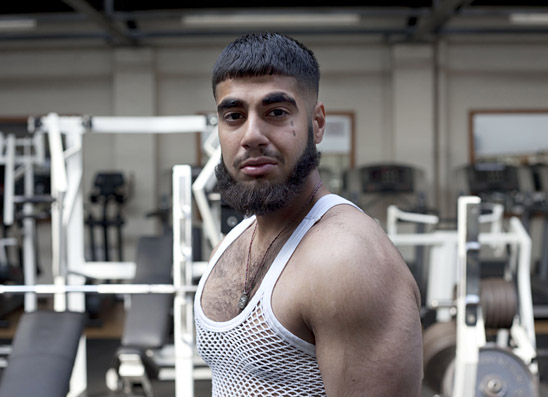 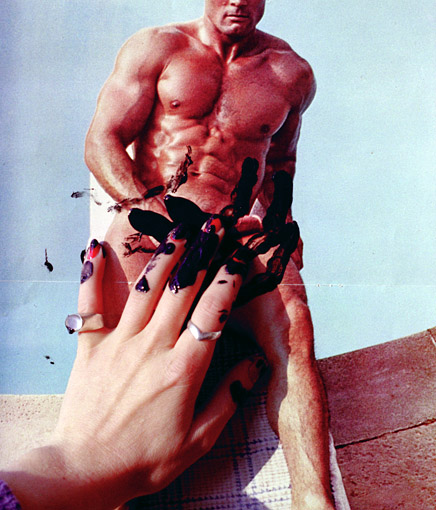 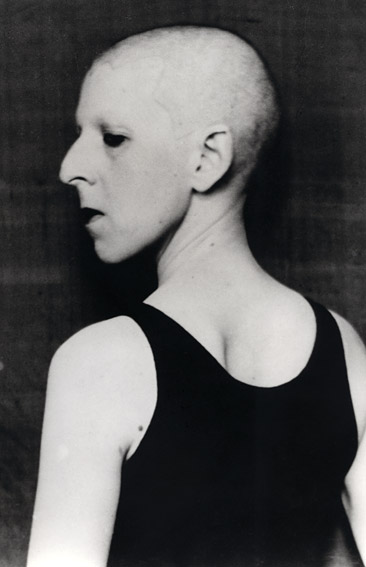 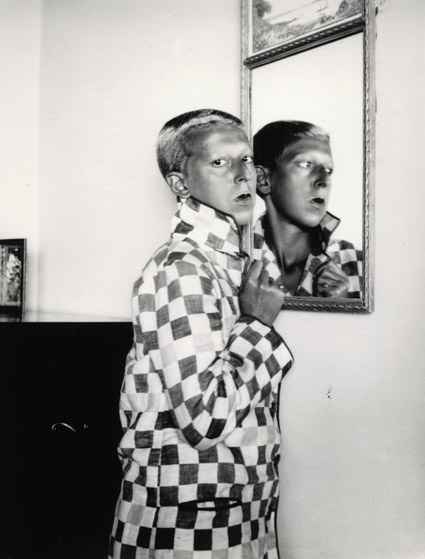 The artists exhibited are interested in a reversal of the ‘male gaze’ and the erosion of traditional notions of gender boundaries, sexual identities and roles. In the wake of feminist challenges to patriarchy, these political and theoretical interrogations have recently provoked a range of responses and anxiety about ‘masculinity’. The selection of works at Sumarria Lunn focus on the complexity of the stereotypes that modern men are required to identify with and expose them as undefined, discordant or contradictory.

Claude Cahun (1894-1954), originally born Lucy Schwob, produced images that played with concepts of gender and sexuality. Her work is a fascinating anticipation of the studies exemplified by contemporary theorists such as Judith Butler. Butler’s Gender Trouble (1999) was published over a hundred years after Cahun’s birth. The three photographs by Claude Cahun exhibited at Sumarria Lunn epitomise her subversive and transformative practise. The pseudonym, ‘Claude’, was intentionally chosen for its sexual ambiguity, a quality also exemplified by her photography. In Untitled (self portrait with a shaved head) (1920) Claude Cahun appears defiantly androgynous and ghostly. She meets the viewer’s gaze, challenging their perceptions and problematising the stereotypical clichés that surround how men and women should look. In the words of Butler, “by imitating gender…[it] implicitly reveals the imitative structure of gender itself”. By adopting a variety of characteristics in her more surrealist self-portraits, such as Untitled (I am in training don’t kiss me) (1927) and Untitled (self portrait) (1928), Cahun mocks both the expressive model of gender and the notion of ‘true’ polarised gender identities.

Approach to Fear XVII: Masculinisation of Society (Shadow, Smear, Rip, Burn) (1977/2013) by Alexis Hunter is a strong example of the second-wave feminist critique of patriarchy and the media. Her photographic narratives, using images of the male body, were influenced by the use of women in popular culture and sexist advertising in the 1970’s. These adverts relentlessly attempted to put the female body on show. In her analysis of a masculine dominated culture, Hunter attempted to invert the male gaze. She draws on stereotypically male characteristics to undermine the status of the male subject. Through a sequential and increasingly objectifying narrative, she enacts a violent and sexualised process – smearing ink over the image, tearing it up and then finally setting it on fire.

The erosion of masculinity and the sense of abstraction and ambiguity in Claude Cahun’s work are also echoed in the portraits shown by Ali Kazim. In the Untitled (self portrait series) (2013), the figure is concealed by a layer of cloud in one, and then revealed in another. It is interesting that, like Cahun, Kazim has deliberately not titled his self-portraits. However, unlike Cahun, there is no sense of defiance here but instead a feeling of failure, unsureness and exhaustion. Without Kazim’s self-identification, we are denied a full understanding of his preoccupations as both a man and a subject.

Mahtab Hussain’s Building Desire series (2010-12) was a photography project he embarked on in Birmingham as a consideration of what it means to be a British Pakistani male today. His artistic statement explains that his desire is to answer the question, “what is a British Pakistani/Muslim and if such label exists, what does it mean to the individual”. The portraits on show reveal that in certain communities, gender identity is unable to be separated from religion, politics or social and cultural expectation. The stereotypically masculine characteristics, such as physical fitness and muscular strength, can be perceived as a critique regarding how masculinity is often interpreted in ways that conflate violence with being a “real” man. The mixed media piece on display at Sumarria Lunn by littlewhitehead, The Overman (2012), also problematises these issues. Hussain’s portraits comment on the juxtaposition between British culture and Islamic identity; traditional beards meet tattooed tears in an attempt to satisfy the demands of both forms of masculinity.

The overarching sentiments of the exhibition are well represented by the I Am A Man series (2009) by Hank Willis Thomas. He reconfigures the placards of civil rights protestors to question the notion of a homogenous male identity. The statements are questioning and self-reflective, presenting a myriad of representations and contradictions. The signs reiterate that there cannot be one universal definition of what it means to be a man. Masculinity can be ascertained through endless constructions, able to be consistently redefined by the individual, and thus unsettle societal notions and misconceived norms.

The exhibition is showing until April 19.

A Day in the Life of a Stylist “Look at my talent, not my Postcode”

The Russian Revolution but maybe not as you know it

The Russian Revolution – words by Stephen Davis author of The Tsar’s Banker In ...