Warning: "continue" targeting switch is equivalent to "break". Did you mean to use "continue 2"? in /var/www/vhosts/fluxmagazine.com/httpdocs/wp-content/plugins/revslider/includes/output.class.php on line 3689
 Canyon Family – Americana with a Northern Twang – Flux Magazine
type in your search and press enter

They easily escape tweeness because of a combination of savvy lyrics, stonking tunes, and the mournful Lee Marvin whisper of guitarist Bobby Lee. Here’s how Films about Horses starts:.

With a strong leading man,

And a fight at the dam.

And their hard-drinking men. 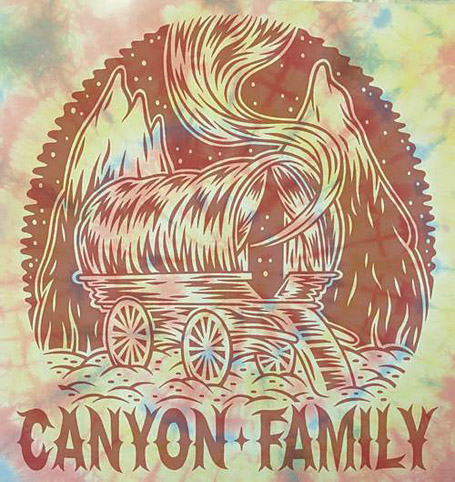 With their frontier storytelling, plucked guitar, foot-tapping drums and harmonies from heaven, Canyon Family’s set sounds like old classics. This is testament to the songwriting of Bobby Lee and the chemistry of the band. In truth, they’ve only covered 2 songs (so far): Jackson C. Frank’s devastating Marcy’s Song (from Martha Marcy May Marlene). And Stay by East 17! (Best Xmas song ever, second only to Mariah). This is America through a Ford Capri windscreen, with Lisa ‘Left Eye’ Lopez as tour guide. This is the sound of everyone’s youth, forever.

I interviewed the band at The Riverside after their 6th gig. Here’s everything you need to know about singers mellifluous Myrtle Marple & luscious Lucy Jo Newell, guitarist/songwriter Bobby ‘Dazzler’ Lee, and drummer ‘Bonny’ Ben Cockayne:

Hi guys, lovely set as always. In keeping with my favourite song of yours, I’d like to know your favourite film about horses.

Myrtle- Spirit, it’s about a stallion who lives in Montana. And it’s got Matt Damon in it.

Bobby- Neverending Story, that’s a good horse. Or The Horse Whisperer with a young Scarlett Johansson in.

Myrtle- Though if we were being serious, I’d say Melancholia, there’s a bit with a horse in slo- mo that’s amazing.

Bobby- That’s good, it’s an arty one. And we neatly bypassed Sea Biscuit.

Ben- What’s that one by Cormac McCarthy? It’s horrible, what they do to the horses in it…Or was there a Mr Ed: The Movie?

I’ll have to look into that…My favourite lyrics ever, from Thunder by East 17, are about horses: “When the thunder calls you/Under a purple sun/To the place where horses run.” They’re not a band that many will admit to liking, but you recently covered their Crimbo classic Stay. Who’s the best member of East 17?

Canyon Family- Brian, without a doubt, coz he ran himself over…

Ok, women now outnumber men in the band (newly conscripted autoharpist Amy is away at a Comic Con!). What’s your favourite song about women?

Lucy Jo- Lucy in the Sky with Diamonds!

Myrtle- Ladies of the Canyon by Joni Mitchell

Bobby- Josephine by Chris Rhea. Or Rio by Duran Duran.

Wow, eclectic! The band play around with notions of time, creating a very contemporary sound and look that references a 90s version of the 60s and 70s. Do you have a favourite year?

In contrast to the 60s counterculture you evoke, 90s pop and r’n’b was label-obsessed. Who’s your favourite designer?

And related to that, what’s your favourite type of hat?

Ben- Ooh, if I could get me hands on Noddy Holder’s mirrored top hat!

So- You’re a Sheffield band who sounds like you’re from Laurel Canyon. Who does the best American accent?

Ok, in the Spotify era, it’s getting harder to make money from music. What’s the last song or album you actually paid for?

Ben- Ooh, music’s a bit of a busman’s holiday, I don’t listen to it…

Lucy Jo- Losing You by Solange.

It’s the best way of making a living, but bands usually get loads of stick if their songs appear in adverts. This is a silly example, but what would you do if David Cameron wanted to use your song for his next campaign?

Bobby- Rethink the band and make it sound like Crass…

Ben- Give it to him. Without a doubt… He’s going to lose anyway. Then I’d use my Union vote, which is 1 in 10,000, to vote for Miliband- he’s the man to usurp. And I’d give the money to Dennis Skinner, the Beast of Bolsover…

Talking of undignified promotion, you can’t be a pop star these days without ‘accidentally’ leaking a sex tape. What would yours be called?

Bobby- One Night in Chezzy [Chesterfield].

Myrtle- Kanye Family. Or Two Girls, a Guitarist and a Drummer…

Another 90s Smash Hits questions for your teen fans: What activity are you most likely to be found doing?

Bobby- All at the same time…

Bobby- Woodstock ’99. I’d duet with Wycliffe Jean, I’d be The Rock in It Doesn’t Matter…

And which bands do you most want to play with?

Ben- I’d like to play Pitney to Marc Almond, because his patter would be wonderfully misjudged, if his Twitter is anything to go by…

They would be some pretty odd duets. Ok, I want you to choose between these pop culture pairings [answers in bold]:

(b)  The Osbournes or The Kardashians?

Your songs sound like classic film soundtracks. Who would play you in a movie?

Lucy Jo- Loads of babes. Even men. Tom Hardy. Damon Albarn can play me if he wants, too.

Ben- If you remember that Face Match photo uploader thing on Myspace…I got in to the high 90s percentage match for both Chevvy Chase and Gene Wilder, so one of those. A young me could be played by Hetty Wainthrop’s inexplicable Wriggler-faced sidekick. Although he’s much older than I’ve ever been at present. Circle of life.
Oof, mind you, Michael Le Vell might be cheap; his agent tells me all is not Rosie…[groan!]

Haha, if I had the money, I would force all those people to be in the same room together… Visually, cult bands like Fleetwood Mac and Mazzy Star come to mind when watching you. Who are your idols?

The girl-boy harmonies you create are really beautiful and have brought a tear to my eye a few times. What song makes you cry?

Ben- Unsolved Child Murders by the Auteurs. Though it’s very upbeat; it’s even got a French Horn!

Lucy Jo- Well, I was listening to Fairport Convention on Sunday, and Who Knows Where the Time Goes made me shed a tear. Could have been my terrible hangover…

Ben- Love Is Like Oxygen by Sweet. It would be rubbish.

To hear Canyon Family go to their Soundcloud page 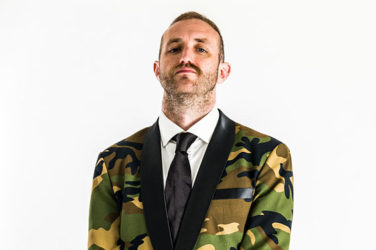