Warning: "continue" targeting switch is equivalent to "break". Did you mean to use "continue 2"? in /var/www/vhosts/fluxmagazine.com/httpdocs/wp-content/plugins/revslider/includes/output.class.php on line 3689
 The Value of the Paw: Cathie Pilkington at London’s Museum of Childhood – Flux Magazine
type in your search and press enter


Bethnal Green’s V&A Museum of Childhood has always been a queer, wondrous hall of curios. Since the Cathie Pilkington cast of characters moved in, the mood has grown ever more strange – and her art has, she says “enthralled and appalled” children and adults alike. Cathie, a graduate from the Royal College of Art, lives and works in Bethnal Green – right by her creations. 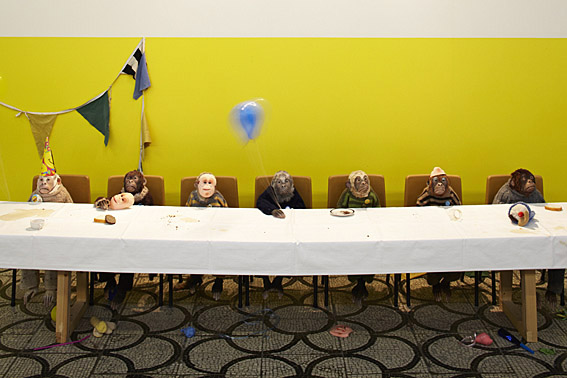 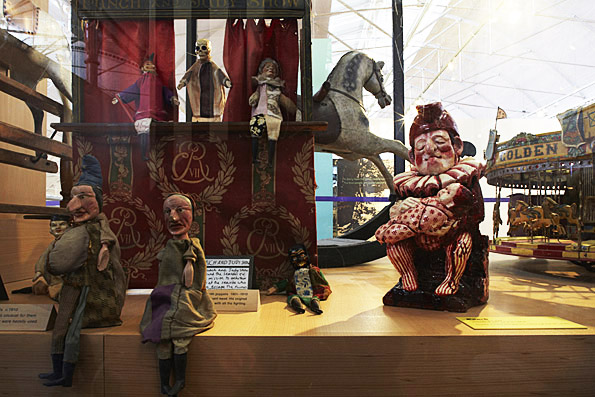 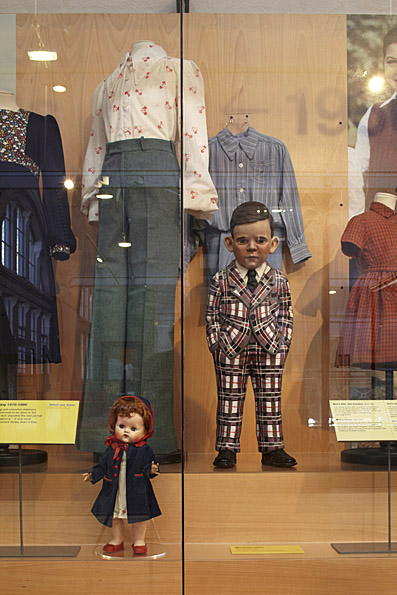 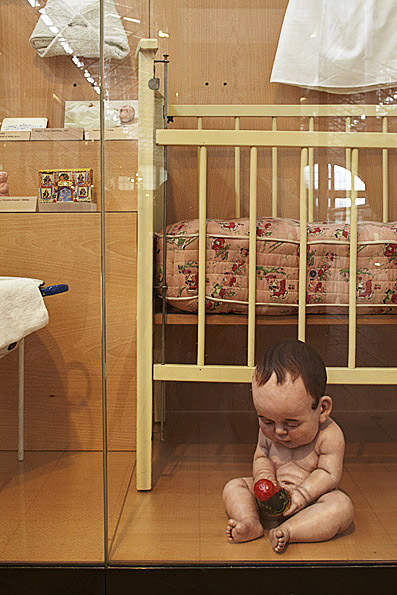 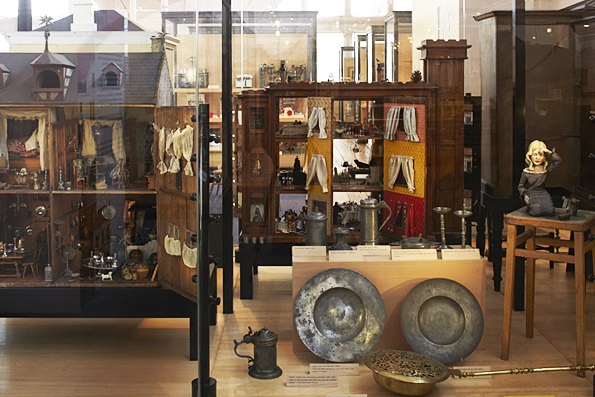 Pilkington studied BA Silversmithing at Edinburgh College of Art (1985–91) and was awarded the first John Watson Prize for Art upon graduating in 1991, with a show at the Gallery of Modern Art, Edinburgh. She went on to study Sculpture at the Royal College of Art (1995–97) following which she was awarded the Cheltenham Fine Art Fellowship in 1998.

Singerie is the first model by Cathy Pilkington I came across in the in her The Value of The Paw exhibition at the museum. Seven monkeys sit along a table, their feet peep out under the white tablecloth, dangling from plastic chairs. They’ve been having a party. Bunting and balloons trail on the floor, and there’s a mess – used cups and spilled food.  It looks like fun. Such fun, in fact, that a little toddler tried to launch itself into the scrum.

But Singerie isn’t simple fun and games: some of the monkeys, peculiarly, wear skin-coloured masks. Cathie explained: “It’s always been important to me to communicate to people on lots of levels. It’s interesting to see how the children all think they’re really fun and lovely while the adults think they’re really creepy and unsettling.

“Sangerie means monkey trick. It’s an old French genre of artwork where animals ape human behaviour. The work is a kind of satire, which is funny and sad”.

For full interview & feature go to Fluxlings
The exhibition is on until May 5th 2012 at www.museumofchildhood.org.uk. Cathie Pilkington is represented by Marlborough Fine Art.