Brothers Rory and Eoin Loveless, who make up Derbyshire two-piece Drenge, opt out of the easy listening music of a countryside upbringing, for a self-titled debut that hits you like cold hard concrete leaving you bruised and bleeding.

The angst-ridden album comes from the only place possible, the heart and soul of two guys in their early twenties, who stick two fingers up at the industry and the stadium bands that your mum probably likes. 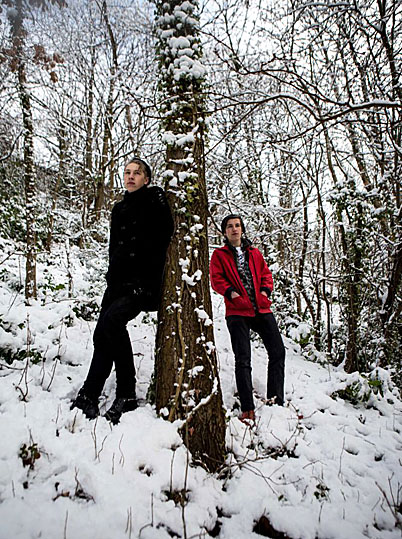 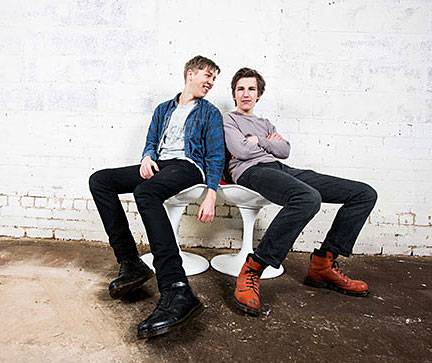 However the Drenge fan can come in many surprising forms as we found when former Labour MP Tom Watson announced his love for them within his resignation letter, inevitably leading to some unfavourable comments from the band.

Scowling into the mic on album opener ‘People In Love Make Me Feel Yuck’ Loveless screeches “I like to roll around on the ground, so desperate for your attention”, with lyrics as close to the despair and humour of The Smiths, only with more bitterness. Violence and aggression surrounds the album with the sludgy Queens Of The Stone Age inspired ‘Gun Crazy’, the pummeling riff and hammering drums of attractively titled ‘Dogmeat’ as well as ‘Bloodsports’ with the vicious yet comical deliverance of Eighties Matchbox B-Line Disaster. The most anti-love song on the album is the scruffy ‘I Don’t Want To Make Love To You’, which sees them light-heartedly take the piss out of Willie Dixon’s classic ‘I Just Want To Make Love To You’.

Drenge are very British in nature, tapping into the public conscious, with the desperate frustration of two brothers trying to break out of their small town. This is best captured on ‘Backwaters’, a song about spending too much time on public transport and drinking super strength lager out of cans on street corners. The only slow moment on the album comes from closer ‘Fuckabout’ with its Sonic Youth distortion and Alex Turner humour.

Not to be mistaken with a band who are here to please, they spit blood at the microphone on ‘I Wanna Break You In Half’ shaking you till your teeth clatter with lyrics that epitomise Drenge “make you run to the hills, make you piss your pants”. Drenge are rock ‘n’ roll at its most raw and honest, this self-titled debut album is designed to make you sit up and pay attention, and it does just that. 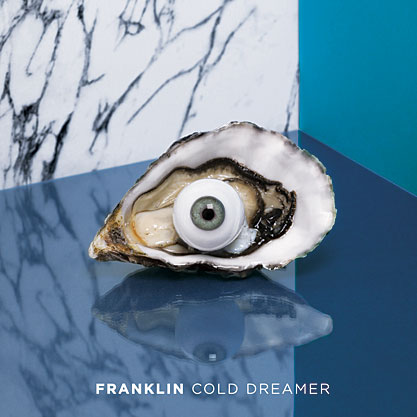 Cold Dreamer is the titular track from the new album by kosmische-dream-pop duo, Franklin. ...

Every famous guitarist who has climbed to the top of the album or single ...