Warning: "continue" targeting switch is equivalent to "break". Did you mean to use "continue 2"? in /var/www/vhosts/fluxmagazine.com/httpdocs/wp-content/plugins/revslider/includes/output.class.php on line 3689
 Indian Essence – A kind of culinary rapture – Indian Food on another level – Flux Magazine
type in your search and press enter


Towards the end of our meal at Indian Essence, just as the chocolate tart is vanishing chunk by chunk from our plates, leaving behind smeared comet’s flames of ganache, my friend sighs: “I can’t imagine how you’d begin to do this place justice” he says. “You’d have to use words like ‘rapture’”.

It is an accurate prophecy. Indian Essence has introduced me to a kind of culinary rapture – religions have been founded on less. Chief ideologue, head chef and all-round international kitchen supremo Atul Kochhar has founded a restaurant here which is a pleasure from start to finish. 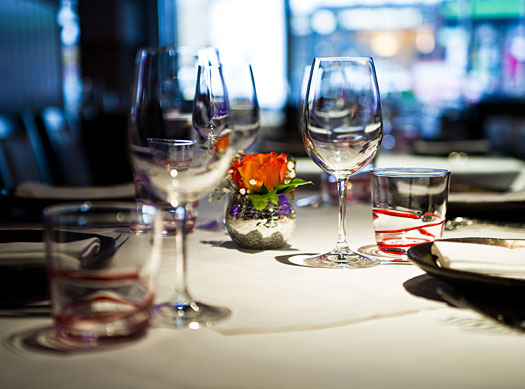 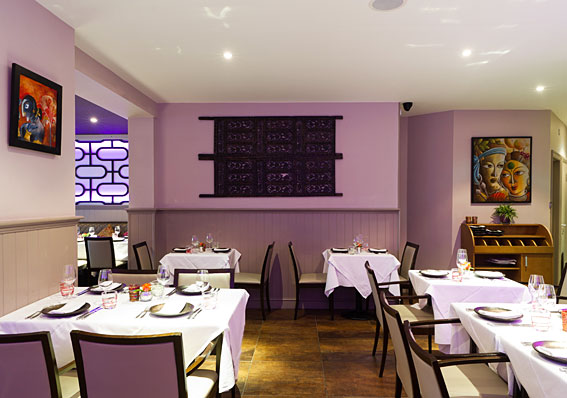 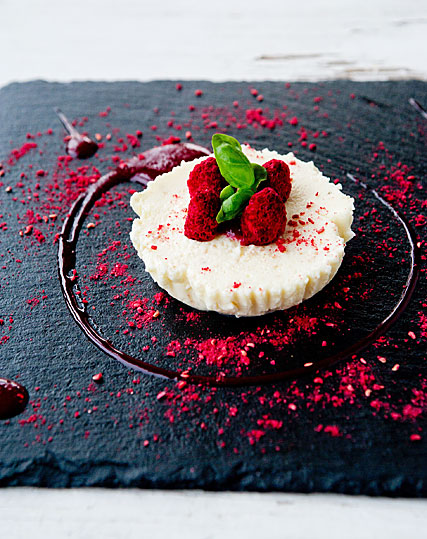 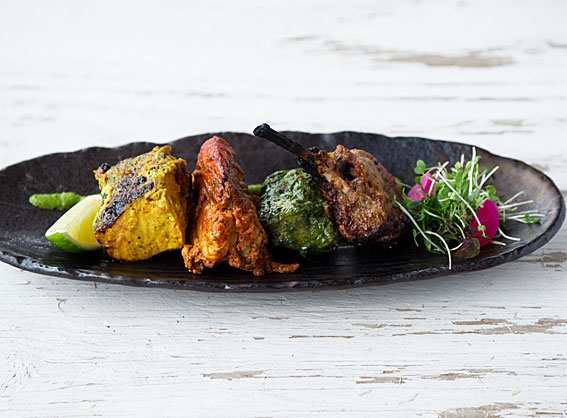 Atul’s got history, of course – the first Indian chef to be Michelin-starred – but the food here surpasses that of Benares, his Mayfair throne of cocktails and canapés which I visited a month or so prior to Indian Essence.

Recommended by the waiting staff the tasting menu is a tour de force in fusion cuisine. The dishes are fantastically varied, but the common denominator is the quality of the ingredients and the attention to detail in their presentation. Scallops come, two-by-two, pan-seared and sat behind a slipstream of parsnip pickle, so tender and delicate in tone they could be a pair of Christmas hymns. The waiter remarks at how quickly we finish our first dish. Without the self-restraint of a particularly penitent monk, you too will fall victim of eating as though you’re five years old again.

Seafood continues in punchier vein with soft-shell crab, fried and gnarled until it looked like a golden ampersand in distress, lounging upon a chaise longue of potato cake infused with cumin. A quick shout-out to the sidekick in this double-act –  Indian Essence’s potato cakes are delicate and crumbly, without that spongy anonymity that usually identifies them as the tundra of the starch landscape, the runt of the tuba litter. I can’t think of a better throne for the lemony crab to arrive on. It’s deep fried so crisply that the Colonel himself would be jealous, and it tastes like one of the more romantic seas, perhaps the Caspian.

Salmon, king prawn and chicken arrive, freshly grilled from the tandoor –this method gives them a smoky, earthy flavour, which blends beautifully with the ocean-bound savouriness of the salmon and king prawn. The cuts are generous, with sauces of mint and coriander freshen the palate like breezes blowing. After the sophistication and spectacle of the preceding starters, with their emphasis on disguise and display, this is a timely reminder of the ravenous wonder of simple food. Slabs of meat and fish cooked in a clay pot is verging on Mesozoic, but upon the final mouthful every cell in my body beats like a drum with preternatural satisfaction and thankfulness. Indian Essence first takes you to fin-de-siècle Paris, before showing you Pangaea.

“Would you like to have your main course now, or would you like a break?” our waiter asks, with a look of paternal knowing. Like some wilfully ignorant First World War field-Marshalls, we plough blindly on, requesting our main be served. It arrives with the kind of pomp reserved for the Queen of Sheba. We’re presented with a lamb biryani, baked under a lid sealed with pastry, slow-cooked with peppers; sides of saag-paneer thick as stew, minty potatoes and a cream sauce; and finally, as the centre-piece, and without a doubt on of the best presented dishes I have encountered, a slab of John Dory, pan-roasted, sitting a mesh of roasted baby tomatoes still on the vine, so that it looks like the prototype of an imaginary vehicle dreamt up by the deranged son of Nigella Lawson and Leonardo da Vinci. A humble wicker basket of flat-breads, straight out of Jesus-era Nazareth, completes the ensemble.

Slowly, painstakingly, we work our way around the dishes. Surprisingly I shy away from touching the John Dory at first; instead observing it with reverence but the fish is succulent and tender, falling apart at the merest touch of the tooth. The phalanx of tomatoes beneath gives it sharpness without becoming too zesty, allowing the fish to retain its essential heartiness. The lamb biryani, redolent with cardamom pods, is remarkable in its own right for being the only ordinary dish on the menu. It tastes like a solid lamb biryani should, with great husks of lamb covered in a snowy fur of rice, but somehow there’s none of the flair of every accompanying act in this showcasing menu. It is undoubtedly fragrant and unexpectedly light, however, and before long the ornate dish which was once full with food is exposed bare.

On the menu, our desert is prosaically described as “chocolate mousse, berries jelly & chocolate sauce”. This is akin to describing the endless span of the Pacific Ocean as “water, drifting currents & foam”. The mousse is sculptured as an edible little pot, with the zig-zagging ‘cupcake’ wrapper that rings the chocolate carved out of cocoa. The mousse itself is a master class, melting on your tongue and leaving behind an oil well of chocolate sauce. A cube of crimson jelly crowns the mousse, so mathematically precise in its shape, with the consistency of Turkish Delight. It’s a reminder that Indian Essence is at its core a place of blending and fusion, where authenticity is dethroned in favour of flavour and experimentation. Indian tastes are the colours, but the picture painted is much more European. The result is a resounding success, bringing together diverse ingredients to one menu and creating something new in the process.

Our taster menu comes in at £37.50 each, with the option for a pairing wines menu at £64.95 – our waiter was kind enough to offer us some of the desert wine during the chocolate mousse, a delicious Hungarian wine as viscous and sweet as nectar – and quite frankly if you have the disposable income I would thoroughly recommend a visit to Orpington for this experience.  You too will probably end up using words like ‘rapture’.

Drenge by Drenge – Bitter sweet and hard as concrete 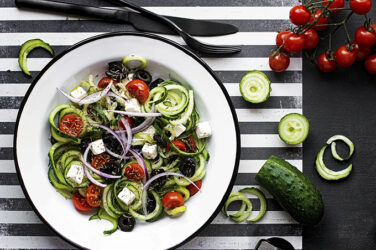 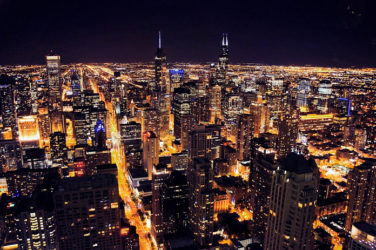 The Best Things in Chicago You Cannot Miss Out On 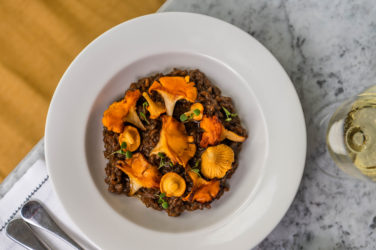 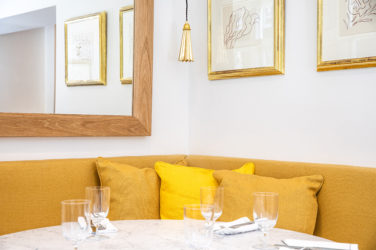 Plush, comfy, soothing - and that's just the food. LIV, a new restaurant in ... 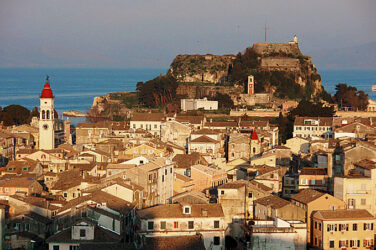 A History-Fuelled Trip Around Corfu

words Alexa Wang Corfu is a breath-taking island in which to take a holiday, ...

“Intelligent comfort-food” is how owner Simon Allen describes the fare served in his impressively ...