Now that Fear Eats the Soul (1974), by the redoubtable Rainer Werner Fassbinder, has made it on to BFI Player+, it’s possible to double-feature this masterwork of New German Cinema with the film that inspired it – Douglas Sirk’s 1955 romantic melodrama All That Heaven Allows.

Fassbinder was heavily influenced by the subversive instincts of Sirk, but never more concretely than when he chose to update this story of a love affair being conducted outside societal norms to early 1970s Munich. Every choice he made is especially striking when you have the Sirk film imprinted fresh on the memory.

Both revolve around a widowed heroine – Jane Wyman’s Cary and Brigitte Mira’s Emmi – whose dalliance with a younger man incites malicious slander, jealousy and condemnation from their respective communities. A further outstanding remake, opening the doors yet wider on Sirk’s original milieu, came in the form of Todd Haynes’s Far From Heaven (2002).

In Wyman’s case, we’re talking about the starchy, prattling world of 1950s suburban New England, in which the gardens are immaculately kempt, the marriages all look moribund, and social etiquette is a smiling deathtrap. Everyone expects Cary to accept her lot as a widow and drift into a drab middle age, perhaps with a Platonic suitor like Harvey (Conrad Nagel) to keep her company.

What no one expects – not even her ostensibly liberal daughter (Gloria Talbott), a “feminist” intellectual who makes a show of encouraging her mother’s re-blossoming – is the man she chooses, the strapping young gardener played by Rock Hudson. Heads turn and curtains twitch. Local gossip queen Mona Plash (the memorably poisonous Jacqueline de Wit) has a field day. Even Cary’s best friend Sara (Agnes Moorehead), a prisoner of propriety, struggles to remain sympathetic. 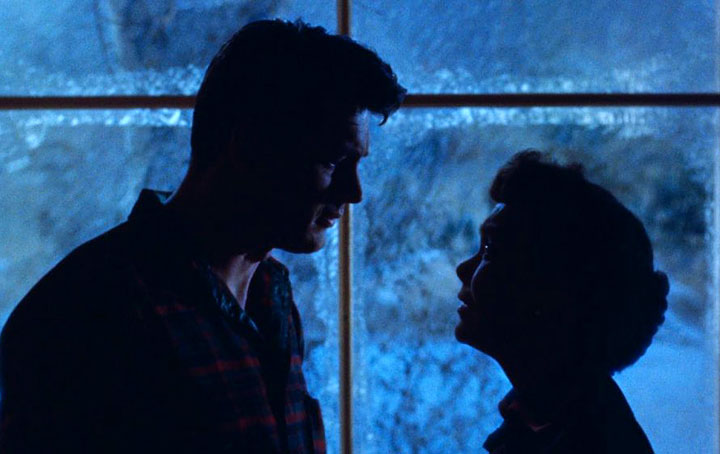 Sirk presents Cary with what’s, for her, an agonising choice – pursuing her feelings, or avoiding this stigma of total ostracisation, including from her irate son (William Reynolds). The film’s drama hinges chiefly on her choice of destiny: will she opt to live apart from the norm, pursuing happiness in the self-sufficient way Hudson’s Ron Kirby proposes? Henry David Thoreau’s Walden, with its dream of a pastoral utopia, is a key philosophical text in the film, but the question is whether Cary is too far gone down the road of entrenched social conservatism to embrace it.

Two decades later, and in a setting that could hardly be more different, Fassbinder moves the needle along in telling ways. His film opens with Mira’s Emmi entering a local bar with Arab clientele, and quickly striking up a rapport with a Moroccan mechanic, nicknamed “Ali”, and played by his namesake, El Hedi ben Salem. Emmi is evidently much less paralysed by convention than the stricken Cary, and the performance styles reflect this – Mira is as emotionally candid and expressive in her role as Wyman is prim and contained.

Even so, Emmi, who admits to shame about her job as a cleaning lady, has a specific place in the world and wants to hang on to it. She’s not prepared for the unveiled disgust and racism of her neighbours, colleagues and family when she declares her intention of marrying Ali. The union isn’t blocked on her behalf – which is what happens to Cary – and goes ahead regardless, but Emmi finds herself left out in the cold, and the adjustment to this outsider status isn’t easy. Even Ali’s colleagues betray a mocking attitude towards her, calling her his “grandma from Morocco”, and she attracts jealousy from some of the younger women in his clique. 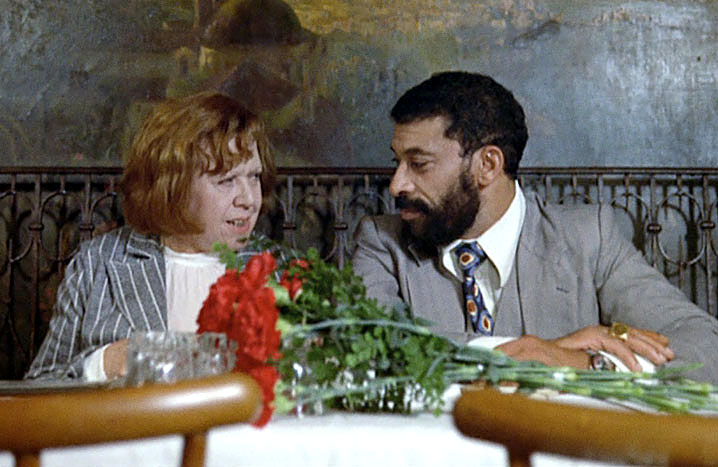 Fassbinder expands here on some stray moments in the Sirk film – particularly the dancing scene between Cary and Ron at a house-party thrown by the latter’s friends. This would be an entirely liberated and happy moment of rambunctious good vibes, if we didn’t espy the glamorous Italian-American Marguerita (an uncredited cameo from Gia Scala) flashing bitter looks at the couple from across the piano. Even in this liberal-seeming haven, Sirk knows that not everyone is going to have your back.

Further twists of the knife, though, await Emmi and Ali. Almost worse than the blanket bigotry are the fawning attempts of minor characters to drag Emmi back into their good favour, after the couple return from a brief holiday. These cloying overtures drive a wedge between the couple, because Ali can’t fathom how Emmi can stand the hypocrisy – and this fast-widening rift is communicated with brilliant economy though glances and body language, with barely a word spoken.

The poison of social contracts, offered with sugar on the brim, is potent enough in Fassbinder’s vision to curdle any prospect of a non-sanctioned relationship from within – society is constantly working the angles to maintain its own nasty status quo. His script contains overt references to Nazism – Emmi and Ali eat a very uncomfortable celebratory meal on their wedding day at a restaurant Hitler once frequented – but also to the 1972 attacks at the Munich Olympics, which exacerbated hostility to Arab immigrants among the working-class German populace. It’s dismayingly easy, of course, to find contemporary resonance in these attitudes.

The most overt nod to Sirk in Fassbinder’s film comes when Emmi introduces Ali to her appalled children. In All That Heaven Allows, the equivalent characters successfully quash Cary’s marriage and buy their mother a TV set for Christmas instead – the new-fangled invention keeping all America’s women opiated and behind closed doors. The most famous shot shows her unhappy reflection tragically imprisoned on its screen.

The reaction of Emmi’s son is intended as a violent homage to this moment. For a beat, he takes in the dark-skinned Arab standing before him, with his halting German and bulky, brooding sexuality. And he kicks his mother’s TV set in. It’s a spiteful act of retaliation, like the behaviour of an overgrown child, which dispels the craven lie of civility once and for all.  ENDS

Fear Eats the Soul screens as part of a major Fassbinder retrospective (including a number of rare TV works and an accompanying programme of some of Fassbinder’s favourite film including one of Rainer Werner Fassbinder best films All That Heaven Allows) at BFI Southbank. For more info visit bfi.org.uk

7 step guide to taking care of skin as you age

This Must Be the Place – New Film Review & Trailer

Review by Sophia Satchell Baeza In This Must Be the Place, Paolo Sorrentino has ... 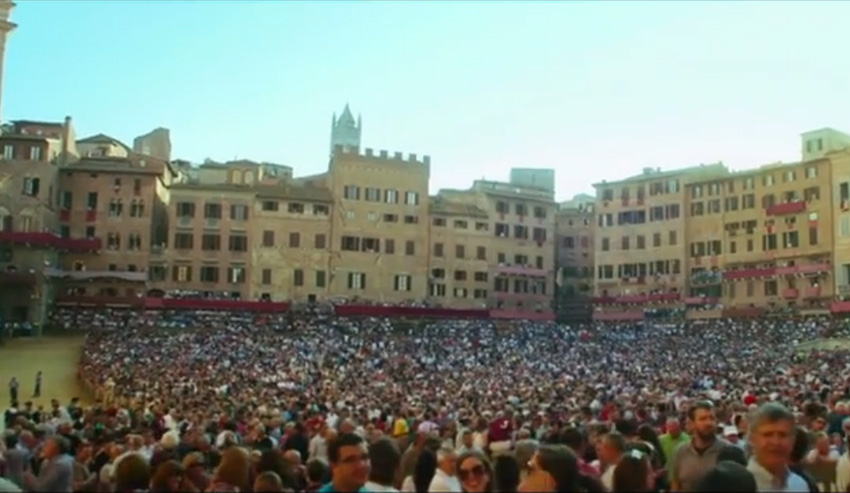 After a fantastic first edition, with hundreds of great submissions and amazing runner-ups and ...