Musical engineers of the electronic and organic, Fol Chen, continue their electro-pop odyssey with a new album out in April, but this time there’s a new front end in the person of Sinosa Loa.

The female vocal has given the mysterious synth pop band from Los Angeles a new dimension with songs that are emotional and moving.

We thought you’d enjoy this video for their new ethereal track, ‘200 Words’. The imagery is a dream in outer space, with Sinosa sending an astronaut out on his final mission. There are satellites and rockets, and lots of dark sky. And of course Sinosa’s silver jumpsuit. The video was directed by Aaron Ohlmann, and shot in Frogtown – the last place along the LA River before it is completely entombed on its journey to the ocean (interestingly frogtown is named for being the last place along the river you get to hear frogs!).

Never a band to wallow in nostalgia, in the new record Fol Chen’s trademark anonymous dark pop contrasts with the dreamy vocal to give a futuristic view of a future that never was. The songs, written by Samuel Bing and Loa, play together as a surreal journey with a human core, created in a year marked by sudden losses of family and friends.

‘200 Words’ will be the first single from their upcoming album, The False Alarms, which is released on 2 April on Asthmatic Kitty Records. There will also be a UK tour in the next few months. 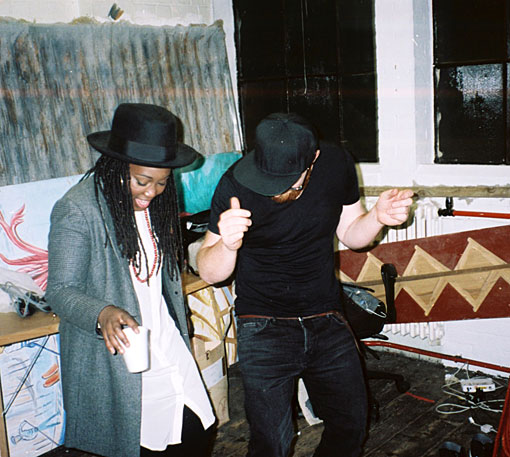 Some cities stand out from the crowd. The have their own unique flavour and ...