Jherek Bischoff is a man with a mission. His most recent concept has been his most ambitious yet and a real labour of love. The songsmith & producer has traversed the globe to hook up with some of the most respected singers on the planet to collaborate on ‘Composed’ which eventually became an album and produced some very special concerts. Armed with a just a laptop and microphone he recorded some remarkable  performances. He then built layers and layers of orchestral lines based around each vocal, the end result being an unusual blend that is neither pop nor classical and thus hard to pin down and classify in any easy way.

Earlier this year he launched the project at New York’s Ecstatic Music Festival. Many of the collaborators who sing and play on the album featured in the live show. This included David Byrne singing ‘Eyes’ backed by Jherek and the Wordless Music Orchestra for a moving and enigmatic performance. This was captured on film as you can see for yourself from the above clip.

He plays tonight actually aided by a hand-picked string quartet supporting Amanda Palmer at London Village Underground but that show is sold out. For more information onn ‘Composed’ and all things Jherek visit www.jherekbischoff.com 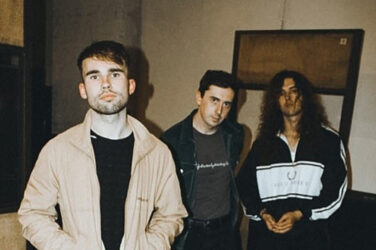 The Clockworks have a blast at The Deaf Institute

words Lee Taylor This is the latest band to be touted and courted by ...