Can there be any nobler way of putting one’s affairs in order than by composing an album that confronts the ghosts of one’s past and appeals to God himself?

Like David Bowie a few short months ago with the instantly seminal Blackstar, it seems Leonard Cohen transcended this mortal coil having left an emphatic swan song echoing in his wake.

A reflection of the lifelong quest for spiritual meaning which permeated much of Cohen’s work, and which saw the Canadian Jew ordained a Zen Buddhist Monk in 1996, You Want It Darker is a tapestry of religious imagery, of demons and angels, old testament and new.

Cohen’s own mortality is confronted most urgently on the title and opening track, in which a driving moody bassline is punctuated with the chant of “Hineni” (meaning “Here I Am. Send Me!” in Hebrew) followed by “I am ready, my Lord”. It’s the steeling of a man prepared to meet his maker. “If thine is the glory, mine must be the shame;” so goes a stand-out line, as, confronted with infinity, its author realises his fragility. Weighty of theme though the track may be, it underlines Cohen’s continuing relevance as a writer of instantly memorable pop songs.

Another of You Want it Darker’s stark admissions, “I struggled with some demons / they were middleclass and tame” is mirrored in the track Leaving the Table with the line “You’ve got these excuses / they’re tired and lame”. Accompanied by a traditional Cohen arrangement of folksy, melancholic guitar, it features a voice full of resignation and ends with the semblance of a dying breath.

Further biblical pictures are to be found in Treaty. Over choppy, marching strings, Cohen conjures “water into wine” and “snake baffled by sin”, recalling his oft-covered masterpiece Hallelujah. In Travelling Light, concise and deliberate stanzas overlay trilling flamenco guitar. “I used to play / one mean guitar”, he wistfully reminds us.

A moment’s respite from such existential angst, On the Level offers sonic redemption through the soothing velvety harmonies of a gospel choir. A riff that again nods to Hallelujah, simplistic and hopeful, runs beneath.

Cohen’s sublime vocals seem more gravel-toned than ever (once a tenor, his ever-deepening voice is here unrecognisable from his early albums). This unique tool is used in Steer Your Way to great effect, matching the bassline for depth in a march over lilting guitar.

Produced from his home and finished in the twilight of his dwindling days, this is a parting gift from a legend who continued making music right up until the curtain fell. The subjects aren’t new; Cohen has always sung heart breaking laments interwoven with transcending poetry, but You Want it Darker is the culmination. It’s the last projection from a mind long used to probing the spiritual world for answers to the big questions, by way of synagogue and of mountain monastery, always heading towards this final moment.

You Want It Darker was released on 21 October 2016. For more information, visit here

Watch the video for You Want It Darker here

Highlights: You Want It Darker, Leaving the Table 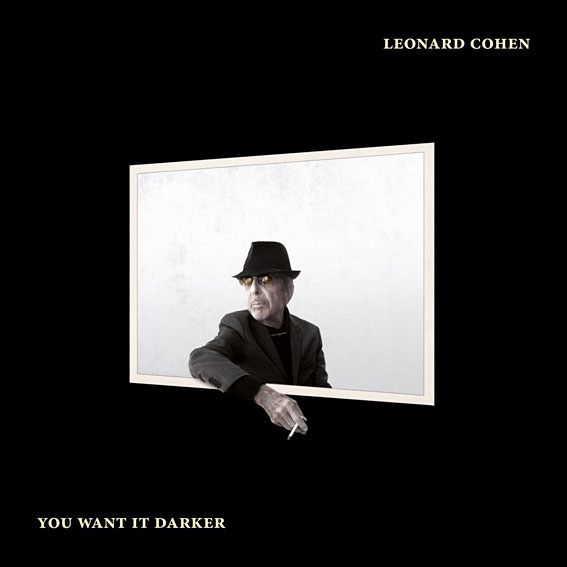 Have You Visited Your Town’s Twin?

We all know about the massive pace of industrialisation that has been driving China ...