Mumbai is a metropolis with charm.

It’s the sea: looking out into the ocean from this collection of seven islands and reclaimed land renders the city almost dreamlike. There’s a sense of space despite its improbable size (Greater Mumbai numbers around 20 million, burgeoning by the day) and population density (it’s the world’s fourth most populous city).

But despite its charm, most travellers find themselves merely stopping in Mumbai for a night or two before heading south, or briefly dipping in on business. What can you do, if just passing through? You’ll be surprised: the concentration of sights means that you can see a lot in a short time.

Mumbai is spread out, and cars take time to cross the city because of traffic, so choose the location where you stay carefully.

The first Soho House in Asia, with its signature rooftop pool, opened in Mumbai in late 2018, and is now Mumbai’s most beautiful hotel. It’s a beautiful 11-storey townhouse overlooking Juhu Beach. If you’re hankering to see and be seen, the glitterati that the brand attracts promises to be Bollywood-centric, as many stars live locally and it’s convenient for the studios and the airport.

Great value for its five stars, with rooms kicking off at around £90, the Trident Nariman Point has astounding views from its upper floors over the sparkling ‘Queen’s Necklace’ lights of Marine Drive, a long curve of coast where an ebbing flow of people sit and look out to sea. The hotel has legions of staff at your service, a spa, and a waterfront swimming pool. You’re well placed here to explore the best of the city’s sites, the extraordinary architecture of Fort and Colaba.

To see the central sights with the greatest ease, hire a car with driver (this will cost around £20-30 per day, and you can book through your hotel).

Start at the Gateway to India, the vast victory arch built by the colonial British powers that served as the entrance to the city, facing out to the Arabian sea. A vast pigeon-swirling promenade is overlooked by the dome and cupola-topped Taj Mahal hotel, another quintessential sight of the city. Next, you could stop at the Oval Maidan recreation grounds, 22 green-lawned acres full of youths in cricket whites practising their spin bowling. It’s also surrounded by Indo-Saracenic architecture that’s an ornately gothic fantasy of spiralling towers and gargoyle-festooned facades, as well as one of the world’s finest collections of Art Deco apartment blocks, fronted by curvaceous balconies and ornamental windows. There are several fabulous Mumbai museums: see either the Chhatrapati Shivaji Maharaj Vastu Sangralaya Museum, with a small but brilliant collection of Indian art over millennia, or the Dr. Bhau Daji Lad Museum, with exhibits on local culture, both in sumptuous 19th-century buildings.

Don’t miss visiting the sea-urchin spikiness of Mumbai Central main train station, close by, which was designed by Gilbert Scott, also responsible for London’s Midland Hotel at St Pancras. If you time your visit for the morning, you’ll see legions of dabba wallahs, in white uniforms with jaunty hats piling up tiffin (lunch) boxes that have been packed with homecooked food, which they deliver to the city’s businesses and then return the empty boxes home.

Another extraordinary sight, a short drive north of the railway station, is Dhobi Ghat, the world’s largest open-air laundry, where an entire village-worth of male workers, who live on site, scrub and dry out the city’s washing.

West of here is Haji Ali Dargah, a white-washed mosque and Sufi holy shrine, which seems to float offshore and is reached via a narrow causeway: pilgrims of all faiths make their way across to pay their respects.

A sobering statistic is that around 55% of Mumbai’s population live in slums. One of the world’s largest is Dharavi, which houses around a million people in ordered streets of unofficially built housing. It’s possible to take a tour around the slum with Reality Tours, which may seem voyeuristic, but proves to be a sensitive insight into the life of this city-within-a-city. Proceeds of the tours go towards education and training for slumdwellers.

Mumbai has some fantastic opportunities to eat. Grand 1930s, stuck-in-time Parsi cafes serve dishes that came from Iran with the Zoroastrian population, who are in their largest numbers in Mumbai. Try Brittania (Wakefield House), where buttery soft white buns are served alongside chicken or mutton pulao scattered with sweet-sour berries. There are also hip eateries such as the Bombay Vintage where you can eat thoroughly modern-feeling Parsi-based dishes such as beetroot tikki – smooth crispy patties served with mint chutney – and interesting cocktails such as gin with rose, or local craft beers, in a narrow, teal-walled dining room. There are more artisanal beers at Woodside, a cosy, publike bar only a few doors down. A local classic is Trishna (7 Sai Baba Marg, Kala Ghoda), famous for its South Indian seafood, and especially the butter garlic crab. If you’re out near the airport, visit the wonderful Indian restaurant in the Leela Hotel, Jamavar (it has a Michelin-starred sister restaurant in London) where the signature dish is the dhal, dark and creamy, the stuff from which cravings are born.

Shop in the Thieves Market

Centre of Indian contemporary design, Mumbai is one of the best places in India to source cool tshirts and pop-art-style Bollywood prints. However, if you’re looking for atmosphere, head to the Chor Bazaar (Mutton St), which translates as ‘thieves’ market’. It’s said that this was originally a mis-pronunciation of the name that became true, as stolen goods did wind up here. Nowadays in Mumbai it’s one of the best places to pick up or browse around vintage bits and bobs: clocks, Bollywood posters, candelabras, you’ve got it. For another mind-bending market experience, go to Crawford Market, housed in a colonial-era building with friezes designed by Rudyard Kipling’s father, and which sells everything from song birds to sweets.

Jet off in style

FLUX flew with Jet Airways to explore Mumbai, who offer a remarkably comfortable and worthwhile Premier option, where seats are set in herringbone formation, just four abreast, so all have plenty of space and their own aisle access, and you can angle the bed to recline as low as you like, or go the whole damn hog and sleep flat, so that you arrive genuinely refreshed.

Food is genuinely edible, with particularly good international dishes served on white tablecloths with fine cutlery, and you’re poured glasses of champagne, if you choose, to ease your way through the sky. There’s a wide selection of Bollywood films and a small but well-chosen collection of International and up-to-date films and series. Jet’s economy class also outscores competitor flights to India, with affable, helpful service and comfortable ergonomic seating, again with a wide choice of inflight entertainment to while away the nine-hour flight from UK to Mumbai. Flights now depart from London and Manchester, and have myriad connections onward to elsewhere in India.

The technology that is shaping the future of business

Property investments continue to be a popular pension asset 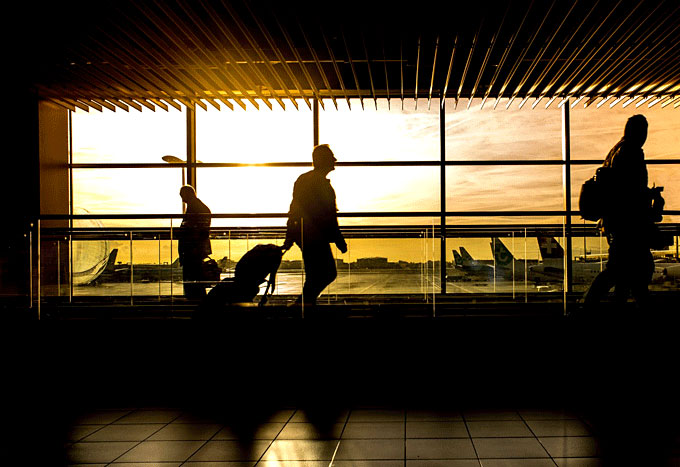 Three Texas food tips that are perfect for RVers – words Al Woods No ... 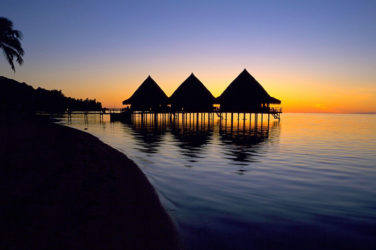 Is luxury travel actually worth it?

Is luxury travel actually worth it? – words Alexa Wang Travel is the quintessential ... 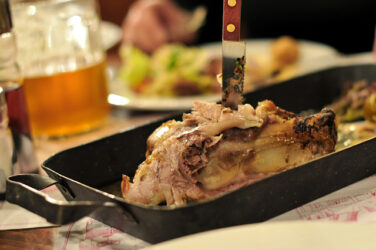 The best beer and food pairings to try

words Alexa Wang For many years wine has been a firm favourite to complement ...