A preview/review by Elina May

Project CONCUBINE is an emerging London based Electronic/Alternative band, formed by fashion muse and singer/songwriter Jera Diarc, who I interviewed for Flux Magazine in February this year.

I had a listen to their second Single release “Fuck Daddy” (release date 26th May). This track grabbed me without detour. went straight into my ears and stayed A surprisingly; gently; bang, which made every fiber of my body vibrate.

Do you want to dance? “Fuck Daddy” is an electronic, nu disco, dark-pop song that’ makes you dance, and it is far more than just a dance-song. The song opens with a dark; tense; and wobbling groove along with the singers voice (Jera Diarc) and beams me up to a driving, funky beat. Jeras singing comes along like a melodic chant, carrying the songs melody and is swinging like Frank Sinatra is discovering a new attitude.

I was just used to a straight path when the song catapulted itself into a melody change and made me turn around my inner axis For a short time, the song, accompanied by the lyrics, hovers like a parabolic flight and goes straight into the refrain. The transition and the refrain are presented so warm, cheeky, combative, and so damn cool that I have to sing along.

Jumps to the next line that has the dynamic of a driven hunt. Leads me to a clearing where the song seems to pause, meditates, and breathes through its groove. And the hunt goes on. The song is carrying it’s listener and makes me press the repeat button.

The lyrics, which are a kind of dark, come out like a fight and are peppered with symbols, poetry, and a straightforward story. I don’t want to reveal too many details in advance. But lines like “Just another new blank/ Please stack my deck/Friend” and later in the song, “This is just a new game/ I dropped the queen/Mate/Just another lead change/ I love this gilt frame” are leaving room for interpretation.

Is it about someone who has gambled too high? Lost, and needs now a kind of “Higher Force” to get him out of there? Or someone who has dropped his beloved and just keeps going focused on his aim. Winning the “game” no matter how Or none of it? These are not even my favorite parts, and there is much more to discover and to understand than my attempts of interpretation. And far more important is, it’s a joy to listen to it. The choice of words and how Jera plays with them.

The perfect recipe for me that makes a good song is that you can listen to it, just for having fun and or dance to it, that you could use it as background music while driving your car. Or listen to its storytelling and think about it. Or just simply enjoy its well performed sound. If you’ve got on top an earworm. You have got a potential hit.

If this recipe is added the special something, a pointer to the future, maybe a bit edgy and not polished to smooth. Then I have got a great song. And that’s what I see united in “Fuck Daddy”. It’s not the genre or the mixture of the different genres which are united there what’s makes this song so special. It is the energy behind of it.

This energy of, not matter how confusing, hard or lost your world looks like. You are still on charge, if you just want to. Just keep going.

Exactly what a few people will need after a year of privations and isolation. An uprising energy.

“And ‘till that Fuck Daddy”

Watch the Teaser of “Fuck Daddy” – 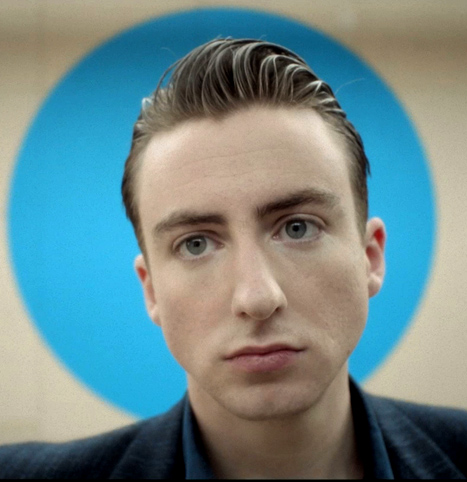 Looking like they have stepped out of the 50’s with greased quiffs and tattered ...

Every famous guitarist who has climbed to the top of the album or single ...