Once upon a time, there was a TED talk by a woman, talking about time management, who made very bold claims that we humans are wasting thousands upon thousands of hours gaming. Though she was flush with leftist commentary, she didn’t take the easy route of blaming gaming for everything from gun violence to childhood obesity, and instead positioned all her arguments around how time was being wasted playing games.

She won’t be named here, as to not put her on blast (as the slang expression goes), especially since her TED talk was ratioed on YouTube so hard that you will have to look on Google’s page 124,000 to find her video. Nevertheless, gaming is often blamed for one thing or another because it is popular, and popular things are often attacked by people who have a political agenda. Yet, when we look at our Steam pages at the “Hours played” section, and when we think of how many hours we sink into MMOs, is it possible we are wasting our lives?

For those of you unfamiliar with Steam, it is a very popular gaming platform/launcher. It holds a library of your games to make it easier to install, organize and run them. Steam also sells a lot of games and is pretty convenient all around as it doesn’t cost anything to use and helps people connect to online servers for free so they can play multiplayer games.

On one of your library pages, you can see your games listed in panels with their front covers showing. It is reminiscent of the good old days in Blockbuster (an old video rental store), when you would look at all the shelves of VHS movies or DVD movies and you pick the ones you want to watch. However, on your Steam library page, there is a number that tells you how long you have played each game.

The nutty thing is that even moderate players are going to see hundreds of hours next to some of their more favorite games. Unlike with reading books, watching movies, or knitting, nobody is recording how long we are doing it for, and yet platforms like Steam let you see exactly how long you have played each game.

The lady in the TED talk suggested we take our regular hourly wage and times it by our hours played. She then claims if we had worked those hours, rather than playing games, we could have made thousands of dollars and been living better lives.

This narrow-minded argument completely ignores the point of gaming, or of watching videos, or of dancing, drinking, playing snooker, etc. We play games as an escape from the pressures of life, the sort of pressure that working often creates in the first place.

Yet, as you look at the number on the calculator of how much you could have earned if you had been working rather than gaming, you may ask yourself some searching questions.

A Broad Defense of Gaming

The arguments are pretty old at this point. One side will claim that gaming, especially immersive gaming like MMO gaming, is an escape, is cathartic, is a legitimate way to de-stress, to live out fantasies, and so forth. Others will cite examples of whales paying thousands and people gaming until they pass out, not to mention how gaming is often blamed for crime, obesity, and a lack of education.

The arguments are old, and despite the odd argumentative flair up, the gaming industry is worth more than the movie, theater, and comic book industry combined, so it is not something we have to worry too much about. The fact is that there are an overwhelming number of articles and videos on the Internet that defend gaming, but that is not what this article is all about. Are we wasting our lives?

Why Does Our Time With MMO Games Feel Like Wasted Time?

It is actually a rather interesting phenomenon that every gaming developer (bar one) doesn’t fully understand yet. If you are a gaming enthusiast, then you will know which developer understands the psychology of MMO gaming, and their name is reminiscent of windy heavy snow (that is your cryptic clue to who they are).

The phenomenon works like this. When we watch movies, read books, read comics, or even listen to certain narrative podcasts, we experience a journey. Even TV shows where very little happens are often able to take us on some sort of journey where at the end we experience “Something.”

The old-fashioned storyteller may say we feel some sort of closure or resolution, but even stories without a resolution can still be good and gripping. Like the moment where you see Jack Nicholson’s picture in “The Shining,” or in “No Country for Old Men” where the man (who may represent death) seemingly walks off and the movie ends. You don’t always need a resolution, happy ending, or even a conclusion. Yet, what makes a story a good one is the journey.

Explaining The Phenomenon – The Journey

The journey can be epic, like in “Red Dead Redemption 2” when you finally get through all that FKKing epilogue so you can take a bit of revenge for what happened to our beloved Arthur. Or the frankly chilling ending of Silent Hill 2 when you figure out why he keeps seeing his wife’s doppelganger in Silent Hill.

One of the reasons why story games seem to have such a mixed reception is because they will only connect with people who actually enjoy the characters and the story. Take the example of “Days Gone,” a game that some people think is brilliant, and some critics think is generic and boring.

If you do not engage with the story of a man trying to mourn his dead wife (not easy subject matter for some gamers), then the game probably won’t connect with you. Other examples like “The Witcher 3”, “Yakuza like a dragon” and even “Doki Literature Club” are amazing to some and boring to others simply because they rely almost fully on their stories to create and sell the journey.

Explaining The Phenomenon – A Feeling of Progression

If the epic story were all that mattered, then why are games like “FTL”, “Mario Kart” and “Angry-Frikin-Birds” so popular even today? The other side of the phenomenon is a feeling of progression, and this is actually very easy to achieve when making a game, while also being very poorly handled by many games. The sorts of games where you quickly earn a few ability points, you invest in the game-breaking ability, and instantly become bored with the game.

Yet, if done correctly, a feeling of progression can be built into something amazingly powerful. The power of the Dark Souls gaming mechanic is first that you can keep progressing, albeit with decreasing returns, and where some of that progress may be lost if you fail to retrieve your souls. This simple mechanic of giving people the ability to progress/grow, while also asking them to gamble on their success to determine how fast they grow/progress is very powerful.

Explaining The Phenomenon – The Experience

Without the experience, there is no payoff. When games get the “Experience” wrong, they fail. When they make the game too difficult, unfair or poorly realized, they damage the experience and offer no form of satisfaction.

The three descriptions above have something in common. The experience, the feelings of progression, and the journey are all related to a feeling of accomplishment. We want to feel as if we have achieved something, and games can be amazingly good at tricking us into thinking we have achieved something. MMOs use all the phenomenon factors listed above, and they do it to create a feeling of achievement in their players.

The whole trophies/achievements/100% hunting mechanics in modern gaming are born to encourage this feeling of achievement. The golden helmet is worthless if you trip over it in the gaming world, but if you had to put in 30 hours of questing to get it, then it may well sell for real money online. The feeling of achievement is more than just escapism, it is the fulfillment of a biological urge.

MMOs offer a feeling of achievement, and they do it by offering all the elements of the MMO phenomenon. They offer a journey (often several through the use of quests), they offer an experience (often a fantasy one), and they offer progression (often in the form of RPG mechanics).

Why The Feelings of Wasted Time?

The reason why some people may feel they have wasted their time with an MMO is that there is rarely an endpoint. We grind away in most games with the end goal. Some of us do it to see the story through, or to get three stars on every level, or to get that platinum trophy. Yet with MMO games, you rarely get that 100% completion buzz, you rarely see a full and complete end to the story, and in many cases, leveling your character all the way to the top just doesn’t have the same buzz as it did when you were earning those levels and becoming more powerful.

The truth is that there are many types of games where you don’t feel any sense of achievement or fulfillment after you have finished playing. But, MMOs offer such a strong feeling of achievement while you are actually playing, that the absence of any tangible achievement “After” playing is all the more jarring.

In short, MMO games are so good at making you feel a sense of accomplishment and fulfillment while you are playing. Then, when you eventually stop playing, the absence of that feeling can be a little distressing, which leads one to feel as if time has been expended with no real purpose or use (aka time has been wasted).

How to Know if a Dedicated Proxy Is Right for You

The future of food, technology and family life on the go

The future of food, technology and family life on the go – words Al ... 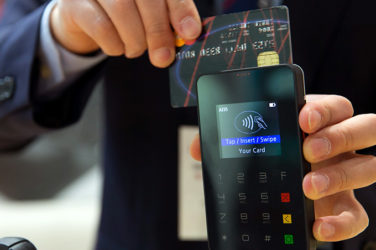 Learning to drive later in life? Here’s all you need to know

words Alexa Wamg Learning to drive late in life can be a pain. You ... 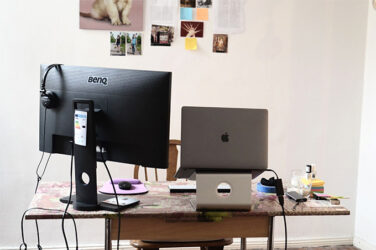 6 Useful Online Tools That You Didn’t Know About

words Al Woods There are popular online tools that everyone knows about – like ...