During my meal at Hakkasan, I spot Victoria Beckham dining faux-casually a couple of tables ahead.

It’s probably not her, I think. It doesn’t really look like her. But it could be Victoria Beckham, because Hakkasan is that type of place.

A subterranean lair of tax-haven chic, a prosperous basement of Champagne socialites, a gastronomic bunker of globetrotting gadabouts; exaggerations, sure, but founded on an undeniable insight: Hakkasan is plush. Seriously plush. Elaborately stencilled wood partitions create a labyrinth of dining tables. The lighting is so tantalisingly dim that you could commit a crime without breaking sweat. It’s almost needless to mention that we’re seated next to a DJ booth. Of course there’s a DJ.

It’s tempting to dismiss Hakkasan Hanway Place as an unforgivably indulgent home-away-from-home for people who find Dubai a bit too rustic. But I can’t. It has a Michelin star. Our waiter is warm, attentive and helpful from beginning to end. The DJ’s set is confusing at first but by the end I’m wondering whether to ask if he has a Soundcloud.

We visit on a Sunday evening, and it’s packed. It’s the debut of the new dim sum Sunday menu. It’s £48 for six courses, with a cocktail to start and a pot of herbal tea to finish. If that sounds like a lot, it will feel like a bargain by the end. Especially when compared to the wine list (most expensive bottle: £2, 199).

Ornate porcelain plates swoop down in front of you as though alighting from magic carpets, replaced with each dish. A crispy duck salad makes me want to put down my chopsticks and shake my head in disbelief. How do they do it? Each mouthful pirouettes between crunchy and silky. It’s sweet and tender, coming alive with pine nuts, shallots and citrus. Just describing it makes me feel at risk of being bumped into a higher tax bracket.

Dim sum follow, beautifully parcelled like vintage Christmas gifts. Some of them are crowned with tiny piles of caviar. Those filled with seafood, such as the scallop Shumai, are oddly rubbery. Those with meat or vegetables are flawless. The skin, made from rice flour or wheat starch, is a joy to eat, tender and relenting. There’s just enough resistance to the tooth.

The menu isn’t afraid to fuse with Western tastes. A second round of dim sum is baked and fried rather than steamed. There’s something called a venison puff on the menu. Instantly reminiscent of roast dinner, the pastry is flaky and sweet, almost French. Another puff arrives in the flavour of duck and pumpkin, autumnal and delicate.

We’re already well satisfied by the time the ‘main’ courses touch down. Sautéed venison fillet in ‘Mongolian sauce’ is uncanny. I ask the waiter about the sauce, but he dismisses me with a wink: secret recipe. Despite all of my years of ‘training’, mainly spent discriminating between the medium and mild salsas in the Hammersmith branch of Tortilla, I can’t identify the flavour.

Sea bass is predictably delicious, although the sticky honey glaze which clings to it is an uncharacteristic misstep. A sauce so sweet is better suited to salmon, the stronger flavour of which can survive the saccharine onslaught. Fish as delicate and subtle as sea bass is overpowered; better to leave it naked bar lemon juice and black pepper.

As we linger for desserts, I begin to think – are we out of place here? We’re the youngest people dining, if you sensibly choose to ignore the well-groomed, immaculately-dressed children of the Norwegian ambassador seated nearby. On the other hand, he might have just been a bloke with blonde hair. You never know in Hakkasan.

I’m forced out of my daydreaming by the chocolate and kalamansi ganache. Closely mimicking the softness of velvet in texture, the ganache is so powerfully chocolatey, so wholly cocoa-y, that I can’t imagine how it might be improved. I’m even moved to take a photo on my phone in spite of the inevitable disapproval that such an action invariably provokes in this sort of restaurant. Unfortunately my phone is a Nokia Lumia and in the short period between visiting Hakkasan and writing this review, it broke.

Tea is served. Not builders’, but Omei Nantou, a loose leaf tea from Taiwan. It’s complex and subtle, reminiscent of woodland. It’s earthy, somehow suggestive of timber and log-fires. It refreshes you more deeply than you expect, with a much less aggressive touch than a coffee.

Weirdly, I don’t want to leave. Despite the constant cackle of the Footballer’s Wives brat-pack behind us, despite the glances of gentle disapproval from the would-be Norwegian ambassador, despite the growing realisation that you’d need to own Macau itself before becoming a regular. Hakkasan is the kind of place where the outside world fades from view, where you could just as easily be in Moscow or New York or Tokyo. It feels as remote from the real world as those sinister penthouses at One Hyde Park. All that really speaks is the food, which is formidably good. And I loved it. Especially since I didn’t actually bump into Victoria Beckham. 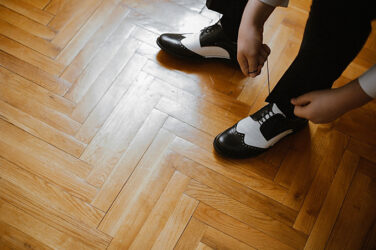 Luxury Flooring Ideas For Your Home

words Al Woods If you’re interested in creating your dream floors in your home, ... 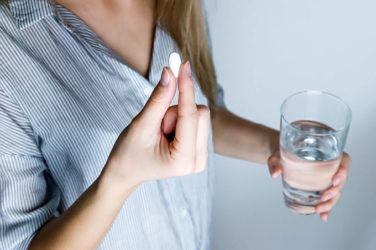 When the medicine is making you worse: What you need to do

words Al Woods When it comes to our lives and our health, we turn ... 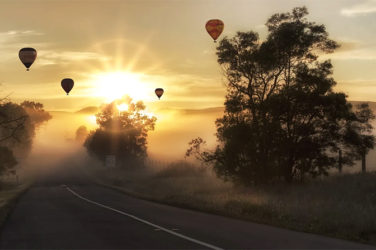 Air Purification – Why Is It Important?

words Alexa Wang Fresh air within the home isn’t just something pleasant to have ...

Do you know your Hygge from your Lagom? Five design trends explained – words ...