My parents don’t drink. Never have. They’ll have a glass of wine at a friend’s house, sure.

And my Dad will slowly sip from a generic bottle of beer when in male company. But they never buy alcohol. Growing up, it was never in the house.

The closest things to booze in our cupboards were wine gums. One Christmas Eve, I opened the fridge to find twenty-four bottles of Smirnoff Ice occupying the whole shelf, like the pre-lash stash for a bad hen-do. “Dad” I asked, not taking my eyes off the drinks, “Why is there so much Smirnoff Ice in the fridge?”

“Oh” he replied, pensively. “I bought some to have with Christmas dinner. You know…to celebrate”

You can gather that I don’t come from a family that knows very much about wine. Even more remote is the discipline of partnering of wines with food. In London, where such a skill is treated roughly on par with the ability to hear and respond to basic sounds, this puts me at a significant disadvantage.

Usually I’m not too fussed about a restaurant’s wine list. Given the cavity in my knowledge of wine, this is only natural: for me, sneering over a wine list before dinner would be like a passenger scoffing at a pilot’s chosen route prior to takeoff. Just get me where I’m supposed to be. But The Providores and Tapa Room has the largest and sophisticated selection of New Zealand wine anywhere in Europe, not to mention a formidable reputation for serving excellent food.

Nevertheless, I’m interested in trying this ample selection. I’ve been eating out for long enough now to have a few favourites. I prefer Merlot to Shiraz or Rioja. I’m aware of what the terms ‘legs’ and ‘resonance’ refer to. But any further than that and everything begins to sound foreign and distorted. Did he really describe this wine as ‘oaky’? Are we drinking the same drink? From there, I’m nodding and smiling the way you do when you’re a tourist and you understand that someone is speaking.

We sit down for a meal to celebrate The Providores 13th birthday, accompanied by a selection of wines specially selected to match our dishes. The first wine is a Pinot Gris, and it lingers in your mouth like a reassuring kiss. The syrupy, velveteen flavours make themselves at home there. This is a wine that glows in the mouth.

Our starters are equally admirable, mainly in their rehabilitation of salad. Even now, the word inspires a mixture of repulsion, mockery and downright fear. Salads are a house-wins scenario. You pay what you would have paid for a regular main, but you receive a mixture of limp lettuce and sarcastic rocket which, given the choice, you would never have prepared for yourself. If it were a dinner party guest, the salad option on most British menus would be the forlorn, self-thwarting single accountant in the corner, forever blowing his nose and gazing wistfully into his BlackBerry. No-one would want to sit next to him.

Here the salads are compelling. If they were dinner party guests, they’d be Portuguese swingers who’ve spent the last few months hired as acrobats in a ventriloquist barter commune. They’d be interesting. They’re full of things like toasted Tamari seeds and buckwheat. There are things in it which we believe to be beetroot but betray themselves as purple potatoes. Sichuan peppers, yellowfin tuna and kalamansi dressing add an Oriental ferocity to the leaves.

This might sound complicated. But every dish has an of-course sureness to it. Of course lime chilli dressing belongs in a salad. Of course chorizo and goats’ cheese pesto belong in a croquette. It couldn’t be any other way. Nothing feels superfluous.

This intuitive certainty extends to the main menu. Although we’ve had almost an hour to linger over our starters and wine, no-one on our table has managed to select their main. Not because there’s nothing worth choosing. Each meal feels like a champion within its category, worthy of its place and scornful of imitators. The best we can do is narrow the shortlist to a couple of closely-matched contenders, and then put ourselves at the mercy of our indulgent waitress.

“I’m trying to choose between the scallops or the beef” I lie, considering the crab laksa. “What would you choose?”

She inhales for a moment.

“Of course!” I should have replied.

“It’s one of our signature dishes” she explains with pride.

Though I can’t claim much credit, it’s a great choice. The beef is lovely. It’s soft and tender, and pink in the middle. It’s covered in rich but profoundly unsuitable pesto, peppered with halved Kalamata olives. I’ve never put olives and beef together. But it works well. I would never have come up with this partnership, but then again I wouldn’t do anything to beef other than cook it medium-rare and eat it. And that wouldn’t be much of a signature dish.

We’re given two red wines to try with our main courses: a Pinot Noir and blend of Malbec and Merlot. One is spicy and fresh, the other is smooth and muscular. Both are excellent. The undoubted pick of the side plates is a fig, sumac and Greek yoghurt delight sprinkled with walnuts.

The dinner ends with another surprise. The desserts are even better than the main meal. They’re more inventive, they’re more delicate, they’re more intriguing. One of them looks like a model replica of the Kremlin. I have to try it.

There’s a cafe latte ice cream which instantaneously blows us away in the unstoppable way a bowling ball scatters the pins when destined for a strike. It’s a shame we sample it first: the shared conclusion seems to be that nothing else can possibly match up. It’s served with frozen hazelnut nougat, with crushed hazelnuts (touchingly referred to as hazelnut ‘snow’ on the menu) and a cherry sauce. The combined effect is powerful, at once familiar and unique. It’s uncanny. The flavours match, you’ve tasted them on holiday – Rome ‘06, perhaps? – but there’s something new in there.

This blend of classic combination and new twists recurs throughout the rest of the desserts. A passionfruit meringue covered in kiwi and gooseberry salsa and finished with a daringly boring lump of vanilla ice-cream is rejuvenating and unexpected, causing everyone to adopt the same meringue-isn’t-usually-this-good expression. Matcha tapioca, almond milk flavoured ice cream garnished with almond brittle and minted blackberries is challenging, the kind of dessert Yoko Ono might serve up as a passive-aggressive riposte to The Beatles’s tacit rejection of her otherness. It’s weirdly addictive: there’s a sourness you don’t often come across in the ice cream, and the almond brittle, while in the same category as Crunchie, Daim and honeycomb, far surpasses them.

It gets more exotic. A kaffir lime and goats’ cheese cheesecake, served atop a linzer wafer and kept good company by roasted nectarine and kalamansi curd, seems to take the proverbial biscuit of after-dinner outlandishness. Then along comes the Golden Crunch ice cream which, despite sounding like something that might be eagerly offered to you by a cartoon pirate from the colourful frontispiece of a supermarket own-brand cereal box, is propelled into first place by a long pepper compote that defies easy categorisation.

Kalamansi curd? Linzer wafer? Gooseberry salsa? I know this sounds like a grocery list penned by the opulent ex-wife of an extradited Russian oligarch, drunk on the divorcee’s ill-gotten financial windfall and determined to throw a fanciful dinner party that will get her in Tatler’s Christmas pull-out special. But beyond from the United-Nations-of-gastronomy menu, The Providores have pulled it off: the food is astounding. Desserts here are so inventive, so playful, that even if entirely sated by dinner, you will feel a childish urge to prod, poke and penetrate the puddings presented post-main. Curiosity, as much as hunger, is the indispensible guide.

The tasting menu is expensive, but it’s a fantastic experience. From the first forkful, you know you’re in the hands of a master. It’s £56 for four courses. And that doesn’t include the wine, which you have to try. Excluding it would be an omission on-par with foregoing the sweet taste of a branded alcopop during the keynote meal of winter’s marquee Christian celebration. It just wouldn’t do. Yet a dinner here is to be remembered. But unlike my Smirnoff Ice Christmas dinner, it will be for the right reasons.

On the trail of Sweden’s secretive brown bears: a week with eco-warriors Biosphere Expeditions

‘I think I’ve found it!’ My voice echoes through the stillness of the spruce ... 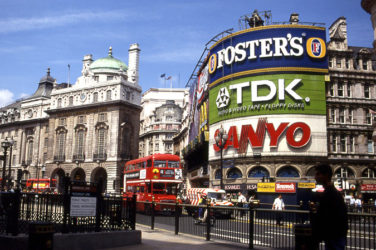 How to hail a cab in different cities around the world

How to hail a cab in different cities around the world – words Al ... 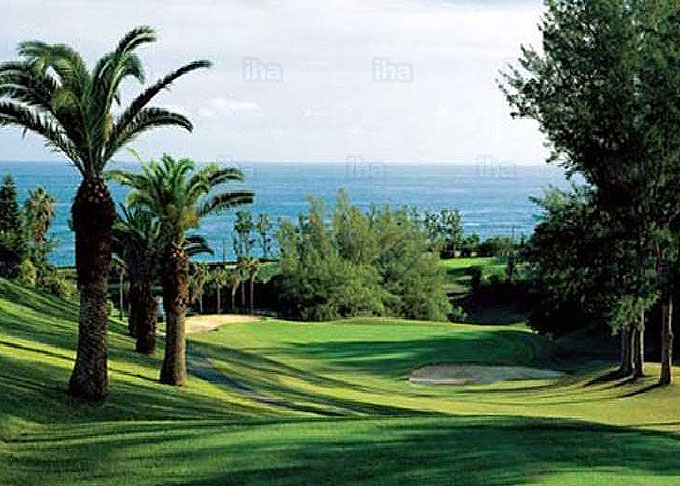 Why San Diego is the perfect golf destination

Why San Diego is the perfect golf destination – words Alexa Wang Choosing the ... 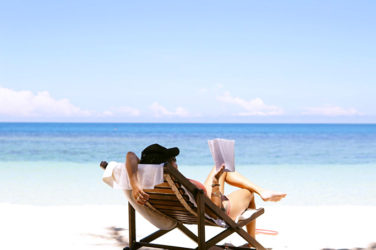 4 tips for an unforgettable vacation

4 tips for an unforgettable vacation – words Al Woods Toiling at work with ...