It happens halfway through our main course.

As I’m slicing my chicken, our patient 5-years-into-a-relationship conversation is interrupted by a clapping flurry, like the sound of a hundred doors clicking shut.

It’s the paparazzi. Beyond the glittering circular bar, past the plushly carpeted lobby, two women have just entered 100 Wardour St.

Are they actresses? Foreign dignitaries? Before we can get a good look, they’ve descended to the live music below. But, touched by the distant stardust of celebrity, our conversation suddenly revives. Ta

This is 100 Wardour St. Formerly the Marquee Club, one of Soho’s foremost nightclubs of the 1960s and 70s, the venue has been been transformed into a swanky modern lounge, bar and club, with live music and an impressive menu. So – does it work? 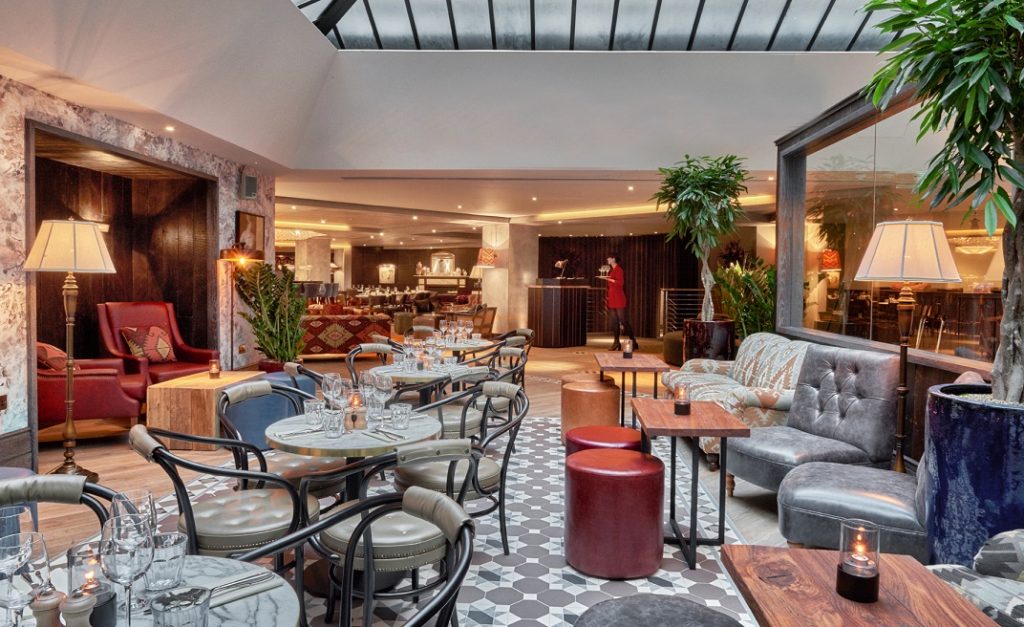 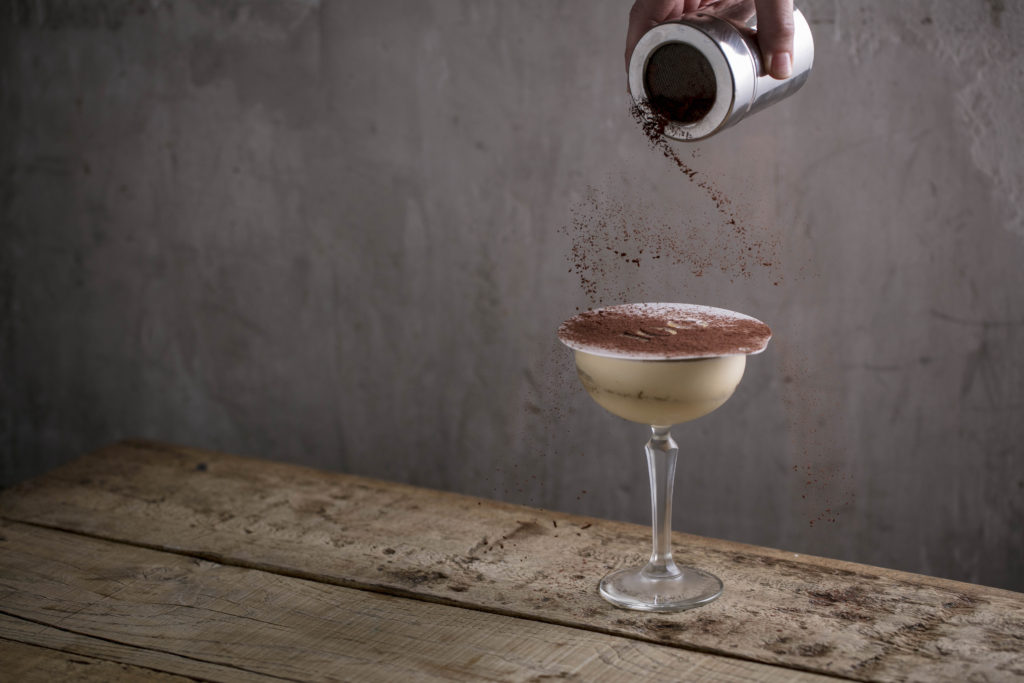 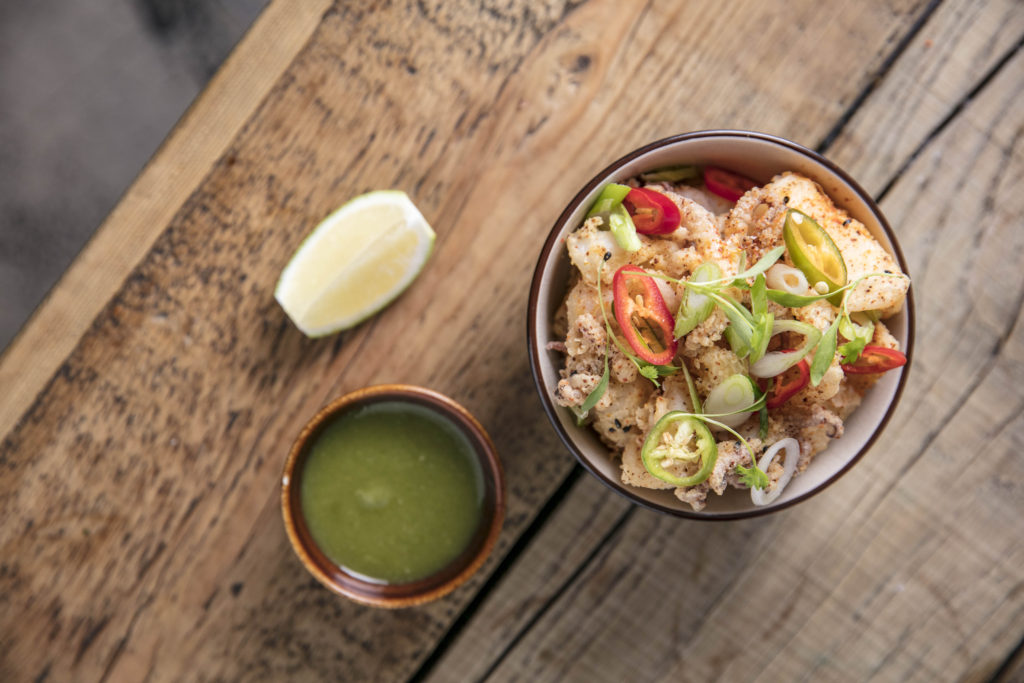 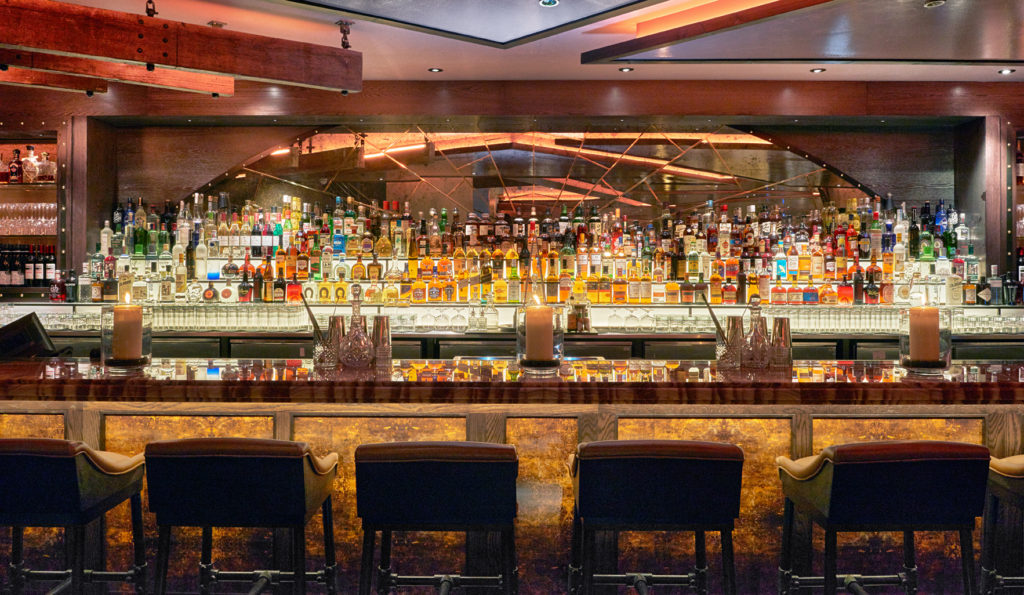 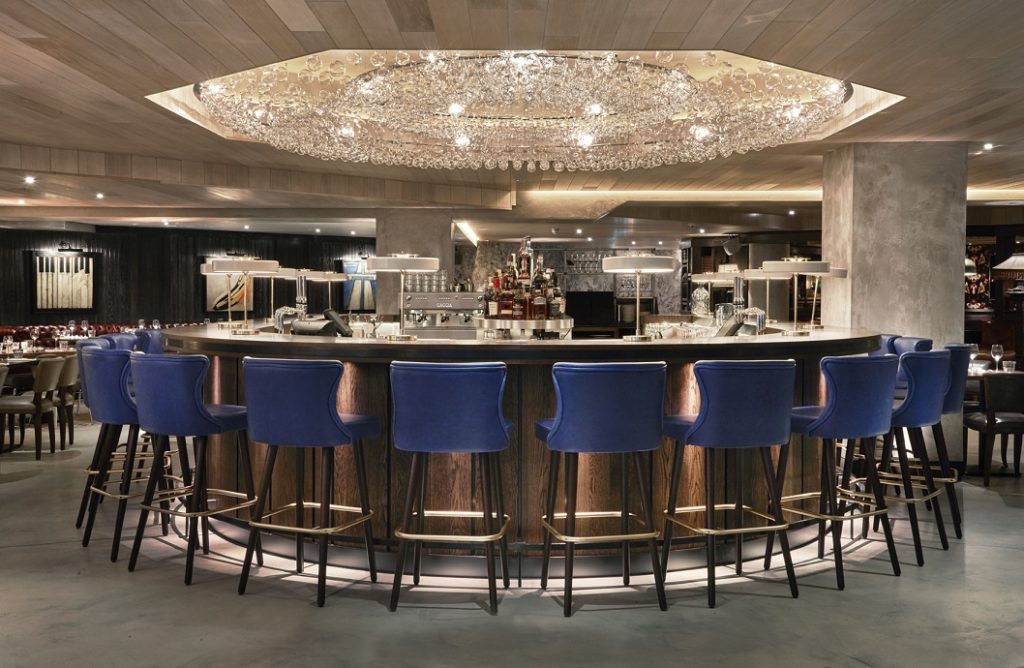 Renovated in 2016, 100 Wardour St wants to be two things: a classy, Instagram-friendly cuisine-and-cocktails bar-club for the unfussy Russian heiress, and an authentic homage to the rock’n’roll excesses of the club’s ‘60s heydey. Mostly, it succeeds.

Walk in. Fly through the gaggle of beauties in sequin dresses like they’re glittering asteroids.

Lean on the reception desk. Go on, lean.

Act like you belong here. You’ve got a reservation, after all. You could be the wayward scion of a Jordanian oil magnate. Or the bookish nephew of a punk pioneer.

Allow the velveteen hostess to liberate you from your coat-and-bag, from the burdens of everyday existence. Saunter behind her as she leads you to your table, in the Lounge.

The table’s made of marble. It feels cool on your skin.

So far, so oligarch. But this former Rolling Stones haunt hasn’t sold out. Not completely. Dimly lit it might be, but there’s enough light to discern visual tributes to the sixties on the walls. Surrounding the diners are Andy Warhol’s banana, the first motorway signs and shelves filled with the Encyclopedia Brittanica.

This being London (2018), cocktails are worshipped. 100 Wardour St’s list is cleverly divided into eras of cocktail, from Golden Age to Back to the Future – the touch of enthusiastic mixologists. It’s a lovely thing to flick through.

To our left, there’s an all-bloke work do, featuring six or so massive men in suits. Even at 7pm, their table looks like midnight at a wedding, a forest of pint glasses and empty claret bottles.

To our right, what appears to be the embryonic stage of a hen do: half a dozen women, each wearing plastic tiaras, too sober to begin drawing penises on one another but too tipsy to keep their voices down.

And in between, my girlfriend and I, here for to fill up on dinner and people-watching. Groovy.

My noseyness is distracted by the Frida, one of those cocktails that makes you frown and hum and gesticulate. It’s a smokey sucker-punch, served in a terracotta beaker which has me nostalgic for the Yucatan (never even been there).

My girlfriend’s Cloud No.9 with Sipsmiths Gin, blueberry and vermouth is decent, but guess who keeps wanting more of mine instead? I’m basically Mick Jagger.

While we’re squabbling, our waiter Clement appears with our first plates. Where the cocktails take risks, the food menu is comparatively conservative. Sure, it’s come further than the 1960s, but this is not a manifesto for radical cooking.

Still, it doesn’t have to be: I’m here to soak up the atmosphere, to pretend to be a dealer of Velvet Underground memorabilia, to talk nonsense about the cultural value of the dry martini. As long as the food tastes good and is reasonably priced, I’m happy.

My beetroot risotto looks as good as any pretty thing in the building. Bright as a ripe raspberry, the rice has that glutinous consistency that can only come from continuous stirring. It’s a mild flavour, spiced up by a few baby leaves and rocket in the middle, but it’s a balanced little dish. Just don’t drip any on your chinos.

Meanwhile, my girlfriend has gone off-brief, ordering what is essentially a plate of fried chicken. We’re meant to be enjoying a tribute to The Who, not Creedence Clearwater Revival. But it’s been soaked buttermilk, encrusted with what appear to be Rice Krispies and served with sriracha mayo. A garnish of coriander, spring onion and chili complete the ensemble. It’s comfort food, made with care. And like all good comfort food, it vanishes quickly.

Between these starters and the main courses, we feast on the atmosphere. The Circle of Blokes have reached that stage where they’re literally backslapping each other; the hen-do is getting hyper, and everyone is immersed in that roar of chatter, laughter, and enthusiasm which gives restaurants like these an excellent atmosphere.

By comparison, my main dish is Spartan: a salad of grilled lemon and thyme chicken, woven into an appealing green thatchwork of chicory, radish, and crunchy lettuce. The chicken is tender, boasting a black-and-gold lattice of grillwork, with the citrus notes of lemon giving it a nice zing. What more can be said? Good food for people-watching.

And, just as I’m beginning to expose the white plate beneath the leaves, the unknown celebrities arrive. Clicking, whirling, turning of heads. A flash of yellow and they’re gone, descending the stairs to the glitzy music chamber below. Who, who could it be?

We’re pondering through our desserts, meditating on each mouthful of raspberry creme brulee and chocolate lava cake and wine. Two women. Glamorous. In Soho. A spoonful of molten chocolate: FKA Twigs? A scoop of violet brûlée: Courtney Love? A swig of Pinot Grigio: Ruby Wax? Angelina Jolie? Ant and Dec in drag?

When Clement returns, he senses our distraction. ‘If you want’ he offers, ‘I can show you the downstairs. You should see it before you go, definitely’

Eagerly, my girlfriend and I circumvent the bar and dive down the stairs. It’s a beautiful space, with drinkers and diners alike seated close to the stage. As we walk around, we spot two women dining together, in the kind of outfits which get you into Mail Online’s sidebar of shame. But who are they?

‘Oh, I recognise those two’ my girlfriend says, her face alight with recognition. ‘They’re from that TV show. Love Island’

But hey. Isn’t that what rock and roll is all about?

Why take a construction course? There are many reasons… 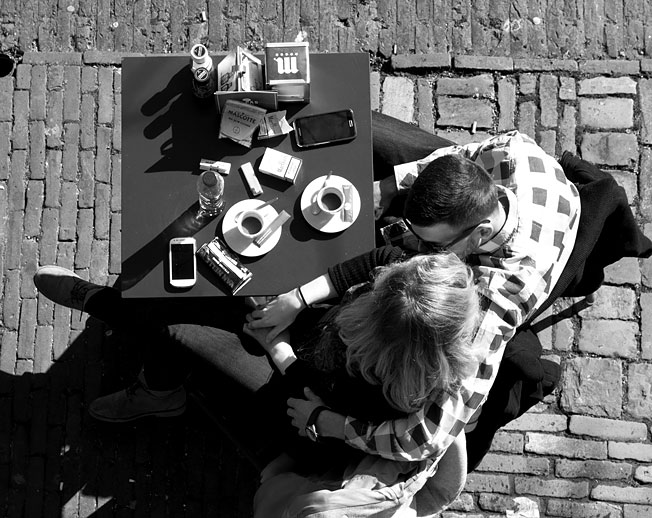 Why does a cup of coffee taste so much better in Italy? – words ... 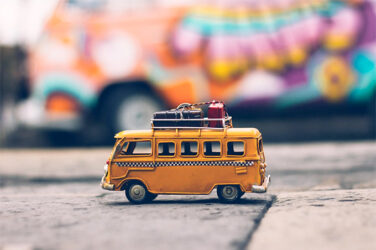 words Al Woods For all those people who are planning for a long drive, ... 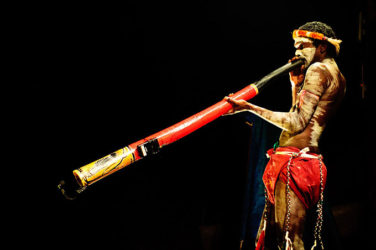 How the world’s oldest civilisation has made Australia a better place to live Australia ...