Warning: "continue" targeting switch is equivalent to "break". Did you mean to use "continue 2"? in /var/www/vhosts/fluxmagazine.com/httpdocs/wp-content/plugins/revslider/includes/output.class.php on line 3689
 Meet Nørrebro & Vesterbro, Copenhagen’s hip districts – Flux Magazine
type in your search and press enter

I’m standing in the world’s smallest hotel, staring out of the tiny window facing the busy Copenhagen street. With just one bedroom available, Central Hotel is officially the dinkiest around.

Not that that’s stopping anyone from visiting. When I poke my head in over the summer, the place is fully booked for the rest of the season. It’s not hard to see why. Its surrounding neighbourhood, Vesterbro, is one of the most vibrant and dynamic areas in Copenhagen, itself a beacon of creativity. 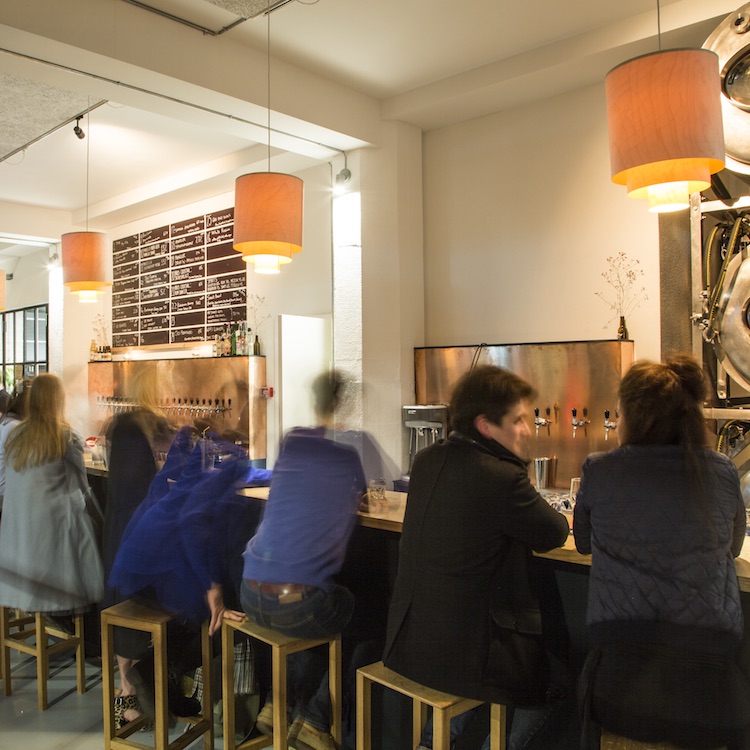 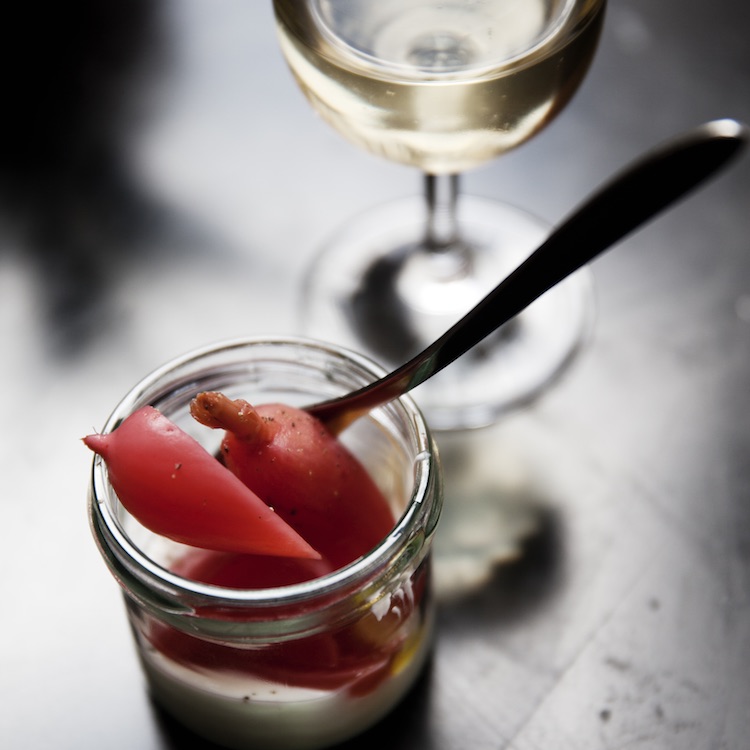 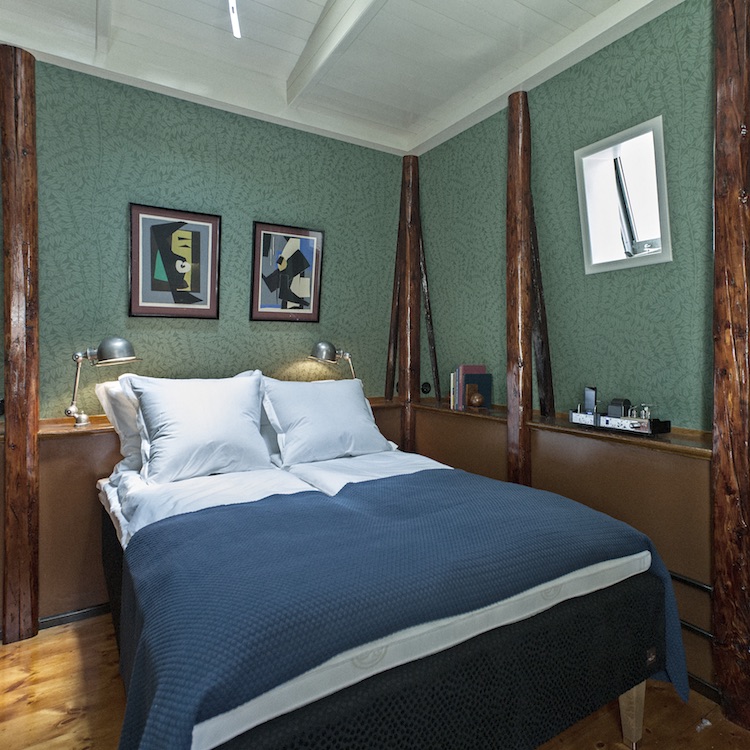 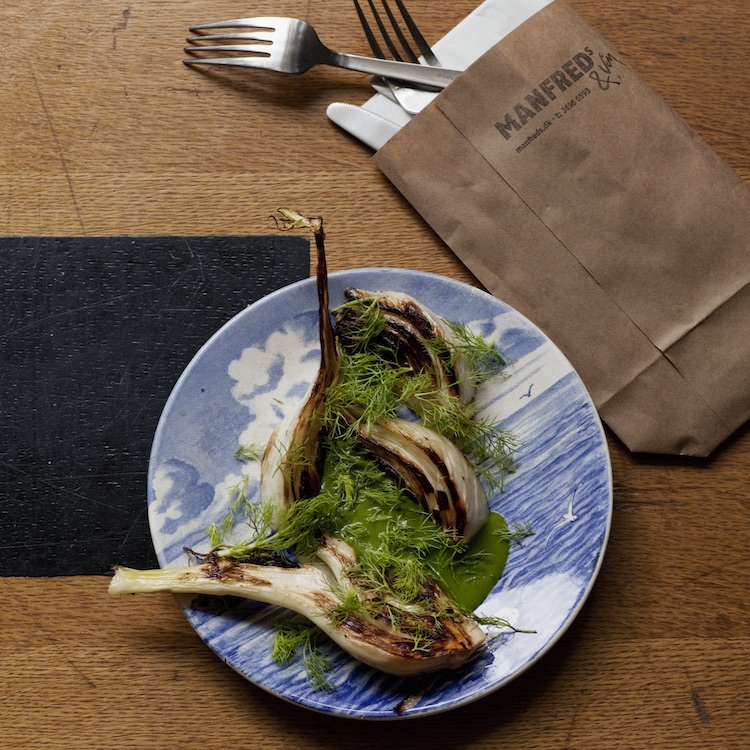 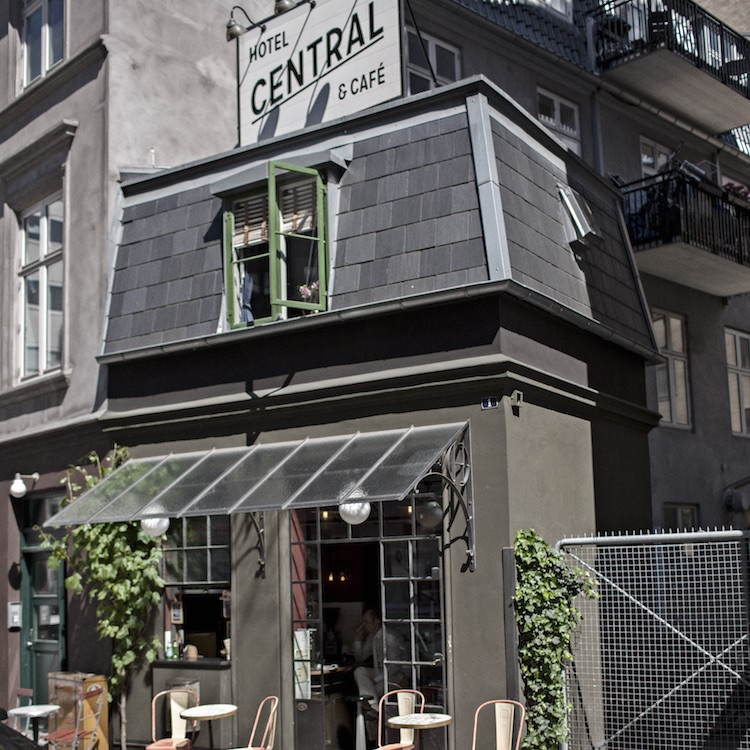 Not that the hotel itself is merely a bed for the night. Wind yourself up the wooden staircase, and you’ll find a cosy bedroom full of charm. Paying homage to the Golden Age of travel, a charming ‘30s feel permeates the room, from the old timey globe with a scale model PanAm aircraft fixed to its northern pole to the genuine travel stickers boasting of far-flung destinations in art deco typefaces. Dark mahogany paneling, all fashioned by hand by hotel founder Leif, adds class and authority.

But it’s not all vintage. The room comes with its own iPhone, allowing guests to make calls and use data without painful roaming charges, and breakfast at trendy café-bar Granola just cross the road is included in the 1800KR price.

Central Hotel is typical of Vesterbro, an innovative district of Copenhagen currently undergoing extensive renovation. Home to Copenhagen’s red light district, Vesterbro once had a reputation for prostitution, drugs and seediness. Strolling through the wide streets thronging with families, cyclists and leisurely weekenders, it’s clear that Vesterbro has been cleaned up. The closest thing to vice that I encounter is a red-faced man who shouts as we pass, “Fuck UK! Fuck Britain!” – which, ironically, is a very British thing to do.

But rather than sanitizing the neighbourhood, Vesterbro’s renovation has retained and enlarged its original character. Central Hotel, for instance, used to be a shoemaker’s. The Meatpacking District, an imposing assortment of warehouses, still processes a lot of meat, but many of the dormant spaces have been converted into quirky restaurants and bars. At night, the wide open spaces between the depots fill up with revelers. Few post-industrial spaces feel so alive.

Gorilla is one of most popular restaurants in the meatpacking district. Fittingly, it seems to capture the Danish ethos of clean eating in cosy, convivial atmosphere. Everything they serve is organic, meaning the menu changes everyday depending on what butcher has available. Each bite of my cod with pak choi, kale, and coconut milk is tender and nourishing. During our dessert – a rich slice of oven-baked rhubarb made with yoghurt powder egg whites, complemented by a buttermilk sorbet – two diners on a table bring out a guitar and sing a song by The Tallest Man on Earth. For a minute I’m in hipster heaven.

North of Vesterbro is Nørrebro, another working-class district which has undergone a fascinating transformation. You might think that this is another case of gentrification, but Nørrebro isn’t another Shoreditch. Chains of any kind are extremely rare. When Joe & the Juice, a trendy Danish smoothie bar with stores around the world, tried to open a branch on busy Ravensborgade, locals pelted it with rocks and stones on its opening day. It closed down soon after.

Housing has also been kept under control. Nørrebro might be fashionable, but locals are always consulted about development. Rather than pack the neighbourhood with housing, the Danes are coming up with more creative solutions. Five disused churches in the city are being converted to affordable accommodation for students. And when densely-set high-rises were demolished in the 1990s, the decision was made to help create more space for the existing community, rather than to profit from more housing.

It’s this community-minded approach which really makes me jealous. Copenhagen feels like a city which, funnily enough, exists to make the life of its residents better. It’s aiming to become the world’s first carbon-neutral city. With two million bicycles and just 400,000 cars, Copenhagen is far friendlier to cyclists and pedestrians than most of its European neighbours. It’s overtaken Amsterdam as the world’s most cycle-friendly city, too. A dedicated cycle lane, with bins at cyclist-height, is the most popular way to get around. On a walking tour of Nørrebro, we’re repeatedly overtaken by the picturesque forms of cyclists.

Downtown Nørrebro has a relaxed, continental feel: bright, wide-open streets, colourful tiered-cake houses, and a smattering of cafes spilling tables onto the pavement. Starting from Ravensborgade, a tour of Nørrebro is a good anthology of modern Danish life and its communitarian ethos. Just down the street is Props Coffee Shop, where patrons can buy the furniture if they take a shine to it (the owner also owns an antique shop, naturally). Pass the flea market, redolent with the smell of old leather, and you enter the impossibly pretty Elmegade, with its procession of pastel-coloured townhouses.

On the other side of the well-kept graveyard, a peaceful part-park part-cemetery the size of two dozen football fields, you can find Jaegersboggade. Since the 1990s, this street has undergone an enormous change, from rarely-visited run-down drug den to one of those rare roads where you can get everything from pottery to porridge, and all from independent shopkeepers.

When ex-Noma chef Christian Puglisi opened the world-renowned restaurant Relae here six years ago, he admits that it was because he ‘couldn’t afford anywhere else’. Now, the local residents zealously guard their right accept or reject applicants to vacant lots on their street. As you enter broad Jaegersboggade, you notice how clean and neat everything looks.

The upshot is that Jaegersboggade is unusually diverse. Try some liquid nitrogen ice cream, taste some of the best chocolate in Scandinavia, pick up some unique hand-made homeware inspired by paper, and slurp what’s widely regarded as the best coffee in town. There’s also Grod, a restaurant specialising in oats and grains, and which serves up some excellent risotto.

After all that walking, I’m so famished that all of the restaurants look fantastic. But I’m glad we settle for Manfred’s. Specialising in vegetables, Manfred’s interpretation of staples such as cabbage, courgette and potato are eye-popping.

Despite the welcome focus on vegetables, the waiter tells us that their signature dish is a meat-lover’s dream. Their beef tartare is served with cheese emulsion and rye bread and is a total joy, a riot of umami flavours. Matured for three weeks, every morsel of the meat is rich and tender. By the end, we’re rationing every forkful, savouring each bite with eyes closed.

Still, there’s much more to enjoy. Each of the sharing plates is a showcase of the Danish culinary ethos, mixing local, seasonal ingredients with a flair and confidence that has catapulted Copenhagen to the most Michelin-starred city in Scandinavia. Kolrabi with bergamot vinaigrette and marigold is delicate and colourful. An egg poached at exactly sixty degrees with courgette cream is perfectly gooey. And the lamb with seaweed cream only confirms that Manfred’s really are very good with meat.

After this kind of lunch, dinner isn’t really at the forefront of my mind. I head north to BRUS, a brewpub in the heart of Norrebro. Founders Tobias Emil Jensen and Tore Gynther were inspired by their high school chemistry teacher, Mikkel Borg Bjergsø (or Mikkeller, founder of world-famous microbrewery of the same name) to start brewing their own beer after school. Now all three are amongst the most respected brewers in Europe, their award-winning beers sold all over the world.

During a tour of the brewery, we sample some of the beers. I’m impressed by pale ale Fresh Brus. Made with mosaic hops, it has a fresh, citrusy taste. The wryly-named Berry White,a white ale brewed with blackberries and blueberries, is syrupy without being too sweet (although it’s fair to say it wouldn’t make a good session ale).

But I’m blown away by the Gueuze Boon. A dry, yeasty ‘spontaneous’ beer, it has an impressively complex flavour. Spontaneous fermentation occurs when, rather than carefully cultivated brewer’s yeasts, the beer is fermented by being exposed to wild yeast instead.

Sipping my lambic beer in the sleek environs of BRUS’s bar, surrounded by smiling Danes in slouching beanie caps, I feel that I’ve finally reached the city’s heart. From tiny hotels to microbreweries inspired by chemistry teachers, these are neighbourhoods where great ideas are thriving.

For more information about Nørrebro and Vesterbro, go to VisitCopenhagen

Essential items you should be wearing this Autumn 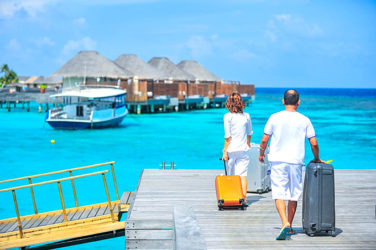 How to make the most out of your vacation

words Al Woods It’s time to plan your vacation, and you find yourself completely ... 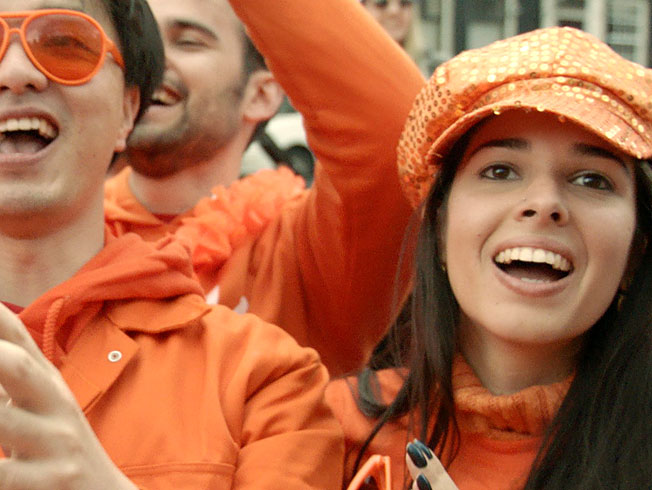 King for a Day – KLM fly winners to Amsterdam for Koningsdag party – ... 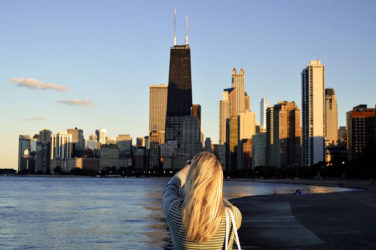 Money saving tips for first time travelers – words Al Woods If you are ... 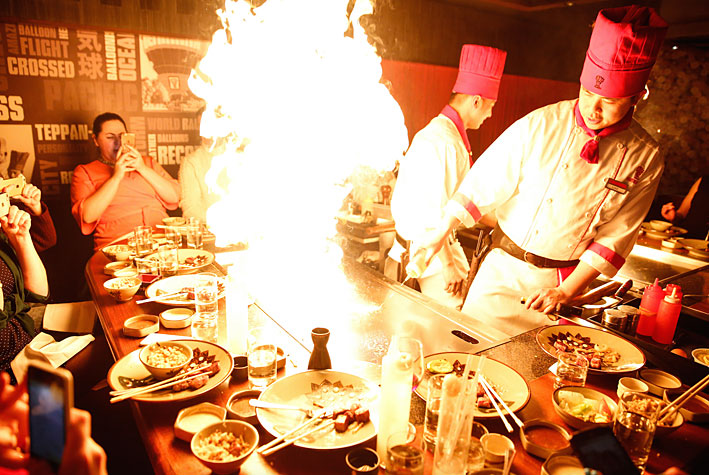 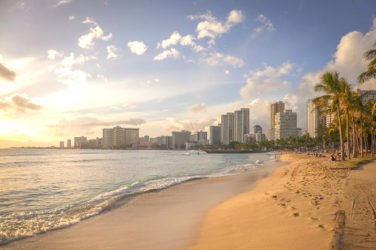 3 Things You Should Know When Planning a Trip to Hawaii

words Al Woods Booking a vacation in Hawaii is definitely one of the best ...