Warning: "continue" targeting switch is equivalent to "break". Did you mean to use "continue 2"? in /var/www/vhosts/fluxmagazine.com/httpdocs/wp-content/plugins/revslider/includes/output.class.php on line 3689
 Skiing and more in Copenhagen’s most up & coming district – Flux Magazine
type in your search and press enter

The green-blue slope snakes sharply downwards, resembling a cartoon frozen river. The views are edge-of-the-world, if that edge was a forgotten-feeling industrial area of Copenhagen skirted by iron-blue sea. This is Copenhagen’s new ski slope.

Skiing in Copenhagen? It sounds unlikely, in this iron-flat Scandi capital, but the perpetually innovative Danes haven’t let a little thing like a lack of gradient stop them. A waste-processing, energy-producing eco plant to the east of the city (roughly opposite the Little Mermaid across the water) is the unlikely location of new dry slope, Copenhill, a fabulously crazy wheeze, which also incorporates a climbing wall. Its opening has been delayed multiple times, but it’s now slated to open to the public from 2nd October 2019.

When I visited in the spring, construction was as yet unfinished. I inched my way to the top on foot, watching birds fly in formation over the waterways in the distance. I was given the chance to explore the energy plant that lies underneath. It’s like entering the Death Star, all narrow walkways across metallic pipelines and gaping drops.

In a small control room, I watched as the huge piles of rubbish were lifted by a mechanised grabber. It looked like a serpent-alien might be ready to strike from underneath the churning detritus, and that Luke Skywalker should be involved.  This is the green energy plant that converts rubbish to energy, powering most of Copenhagen. Amager Bakke, the waste-to-energy company, had invited proposals of what to do with the plant’s rooftop, eventually selecting the Copenhill project. It’s a remarkable feat of engineering-meets-madness and promises to be incredible when it eventually opens in the autumn.

Plus, the area close the slope is Copenhagen’s place to go.  Refshaleøen island is an abandoned shipyard, only a 15-minute cycle or boat (via ferry) ride from the centre. It’s a post-industrial hinterland, but locals are turning this into an advantage, using the industrial spaces to create new, spectacular ventures. The new Noma restaurant farm is close to here, and the area has become Copenhagen’s most exciting foodie hub. The intensely popular summer street food market, Reffen is open from noon to 9pm, with stalls in food trucks, and bars until 11pm at weekends, from May to the end of September. There’s a beachy vibe, with sand underfoot, trestle tables, and bands playing, and food stalls range from Dosa Corner to Crispy Pig.

Refshaleøen has other great drinking and dining besides Reffen. I ate at the remarkable Broaden & Build, opened by former Noma head chef Matt Orlando, who was a pioneer in the area, with his longer-standing acclaimed and more formal restaurant Amass, across the road.

Broaden & Build is a great white-walled space with ceilings about four times the height of a regular room, yet manages to feel that Danish fundamental: hyggeligt (cosy), with scrubbed-wood trestle tables and a bar at one end, plus the great polished-steel vats of its own brewery. They’re serious about avoiding waste, with chefs and technicians working out how best to use the by-products of the brewing process to create its dishes, such as deliciously light and crunchy poppadum-like ‘house made potato chips’ and sour-dough bread so glorious that they had completely run out by the time we’d devoured our first loaf and asked for more. The menu is short and simple, including some of ‘AFC’, some of the best fried chicken I have ever tasted. We had to order several portions, just in order to make sure.  The artisanal beers are crisp and fruity, and the menu pairs them with each course.

Other Refshaleøen choices include La Banchina, a window-lined kiosk by the harbour and a glorious place for a beer and organic farm-to-table food: on a sunny day, sit outside on the deck dangling your legs over the harbour, and Baghaven, a brewery and tasting room owned by local-hero brewery Mikkeller.

Copenhot is another reason to head out here. This offers the chance to have a a harbourside sauna, getting toasty while overlooking the gunmetal-blue channel from a wooden pod; they also rent out hot tub boats, a novel way to float your boat.

There aren’t many places to stay around Refshaleøen, aside from a gaggle of AirBnbs, but Copenhagen is small enough that you can get here easily wherever you are based. Stay in the edgy yet hip district of Vesterbro at the friendly, good-value Andersen Hotel, which has lots of attention to detail (sweets on every landing, wine hour, biscuits in the rooms, bikes for hire), plus is additionally close to the action of Copenhagen’s more long-established foodie hub, the meat packing district. Style mavens could try the recently opened, also good-value Hotel Ottilia in the former Carlsberg Brewery, in another fast-developing area of the city. The wow factor here is that rooms overlooking the street have huge circular windows with big, curved leather seats. From either of these hotels you can head down to Bryggebroen to catch a ferry over to explore Refshaleøen, or do as the locals do and pedal here by bike (you can also take your bike on the ferry). 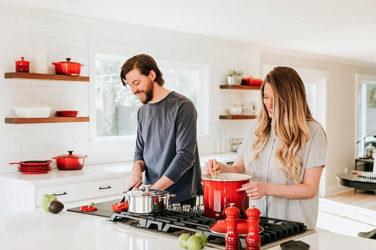 What’s Cooking in 2021? Prep Your Palate For This Year’s Top Home-Cooking Trends

words Alexa Wang While 2020 was all about banana bread, Dalgona coffee, and immunity-boosting ... 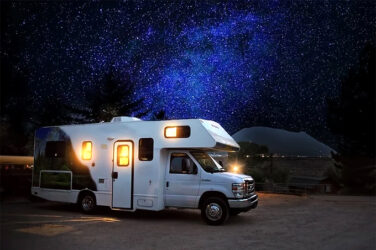 words Alexa Wang Are you planning an RV road trip? If so, you’re in ...

Travel in Aquitaine – The lesser known jewel of Southern France

How well can you know a place? In our mental geographies, we imagine we ... 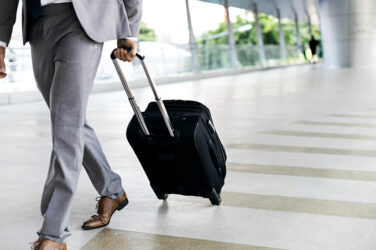 Business Travel: How to Make the Most of Going Abroad For Work

words Al Woods Business Travel: How to Make the Most of Going Abroad For ...