A piece of treasure on a derelict building. Renaissance imagery transforming abandoned spaces. Who would have thought?

Street artist Yola is making a stir on the streets by reinterpreting classical imagery, placing it in a contemporary context and infusing a new meaning into it. 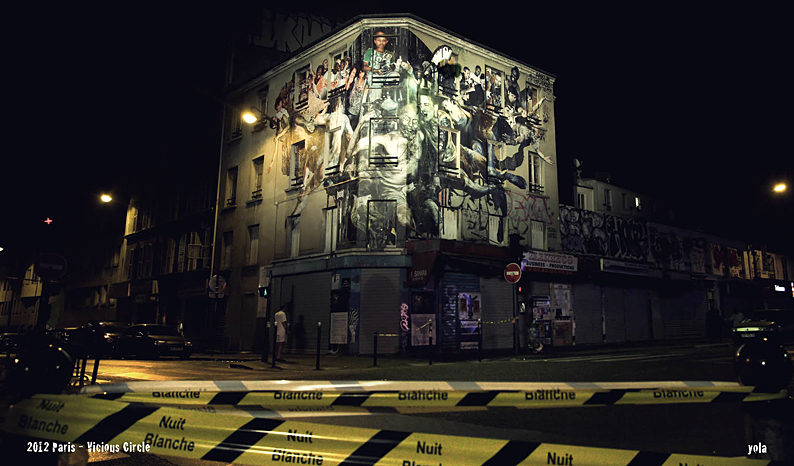 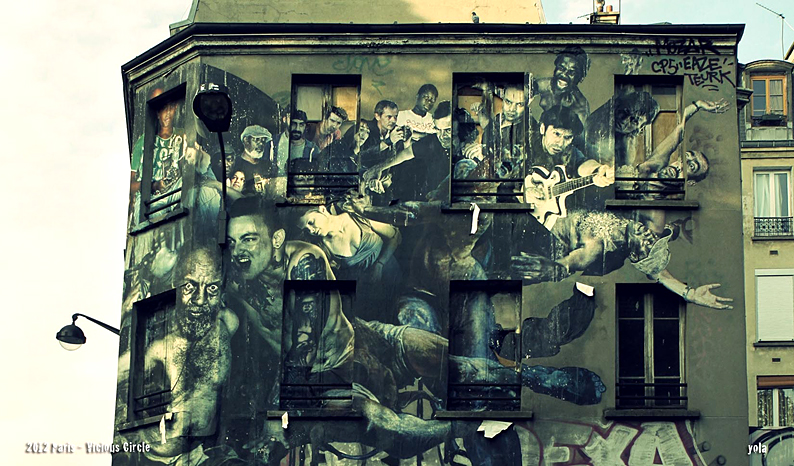 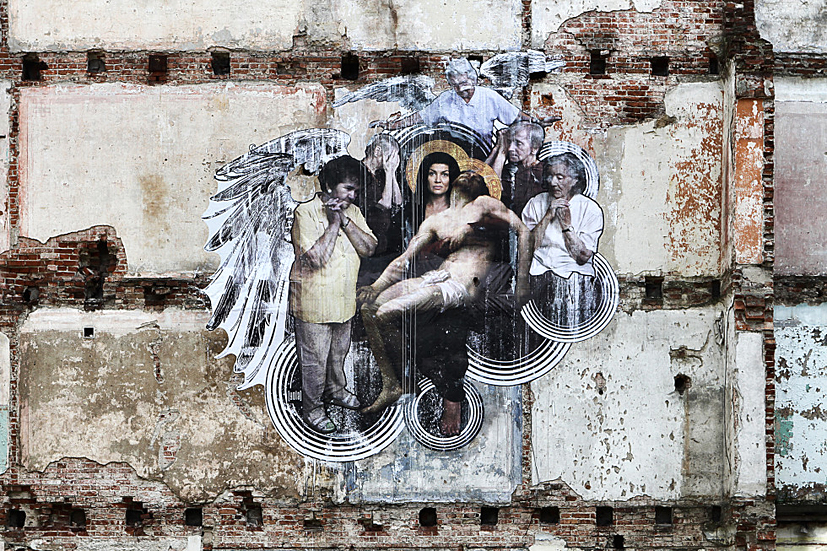 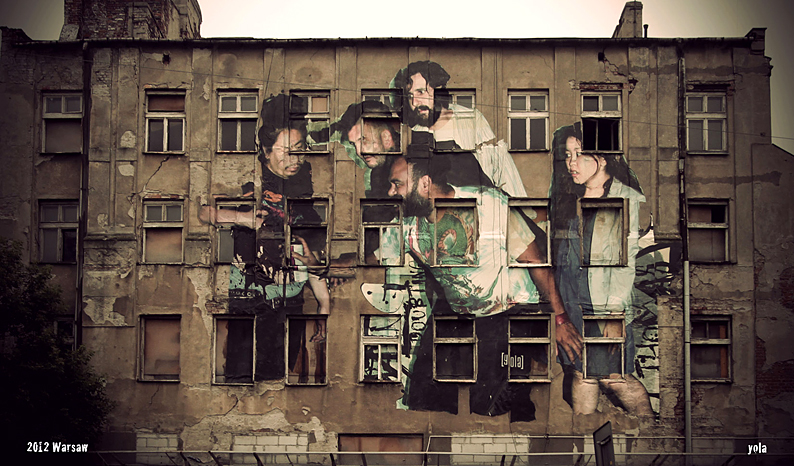 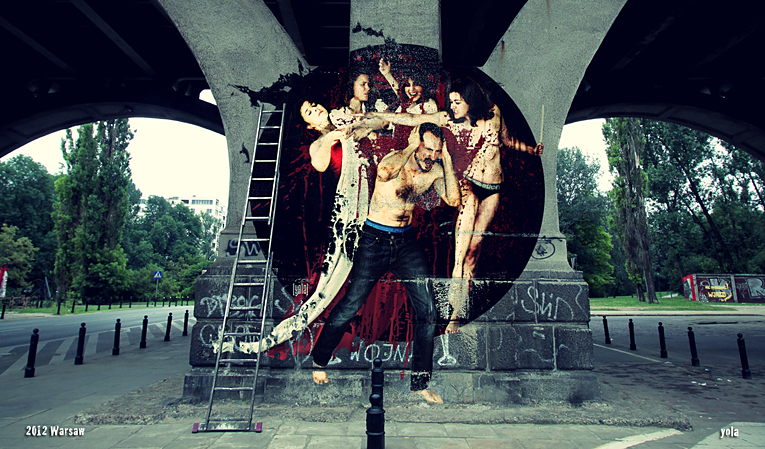 Based on the painting by Caravaggio in which Thomas wants to touch the wound of Jesus to believe it, Yola created ‘Doubting Thomas’ an interpretation where we can see street-artists from Blender Studios in Melbourne, one of which has a spray-can and is spraying on the symbolic wound.

Headed by London-based peace building charity International Alert, Yola took part in the ART4PEACE: Peace from the Street Up! campaign along with 21 other street artists, last month. Flux caught up with her to chat peace, conflict and how life is too short so we’ve got to love each other while we still have time for it…

Why did you want to get involved with the ART4PEACE campaign?

Today’s world is a world of conflict. Peace is the only valid subject we should be talking about. We need to restore it. Street art is in itself like a huge advertising campaign – it exists in the streets and has the potential to reach many people. When we get the attention of our audience, we should speak about important things. That’s why the ART4PEACE campaign feels very appropriate now. The piece I’ve given to the campaign is about love – two elderly people connected by love. This is my message to the world: “Life is too short to waste it on conflict, so love each other while you still have time for it.”

What result did you want to achieve by placing popular Renaissance imagery in a contemporary context?

The idea of Renaissance started with a project in Warsaw, a rough and derelict part of it, full of dodgy characters. I wanted to introduce beauty to the area, which is close to the philosophy of the Renaissance, the neo-platonic idea of eternal life achieved only by love and beauty. I went for iconic pictures and played with their meaning by contrasting it with contemporary models and contemporary issues. For example – in the image of Pieta I tried to speak about ageism in the idea of beauty – I replaced young beautiful angels with elderly ladies from a social centre – equally beautiful, but perceived differently in standard terms. So the original painting serves as a starting point for a discussion about its social meaning. But it’s not only Renaissance I refer to in my work. I use different periods of art history.

Why did you choose derelict walls to exhibit the work?

I always choose derelict, abandoned buildings – because I don’t want to deface clean walls, they are boring and without character. Old, derelict buildings have their own soul. I think that exhibiting your art in a gallery in an abstract context makes it lose its meaning.

What are your thoughts on the current street art scene? Do you think artists are addressing social and political issues in society in their work enough?

Not at all, there isn’t enough of the engaged art around. Most of the guys are doing decorative, meaningless visuals that are publicity stunts advertising their skill. Some artists engage with current issues. I wish there were more. I think it should be an obligation because we work in the streets, so we should be reflecting the streets.

Where was your favourite city that you worked in? Many countries have different attitudes towards public art, what was that cities’ response to street art?

My favourite was Buenos Aires. I did a project there with local artists Jazz and Ever. Their art has grown out of the strong tradition of engaged, political street art and still carries a very strong meaning. It’s also widely accepted – you will not get arrested even if you’re doing an illegal piece. Because of that their street art is on a very high level. I loved Melbourne as well, where there are whole streets where you can express yourself artistically without being chased away. Generally I think that Europe and the US have a much more commercial approach to street-art.

To view more of Yola’s work, visit her website: www.yolart.net

Take A Look Outside

Simon Patterson describes himself as a film fan, and he has experimented with video ...