The Broken Circle Breakdown is a brickbat of wit, forlorn and veritable passion – one that works. The conceit, if there is any, is the wish that things could have been different.

Here we interview director, Felix Van Groeningen about irrationality, love, and the on-screen dynamics of lead characters Elise and Didier. 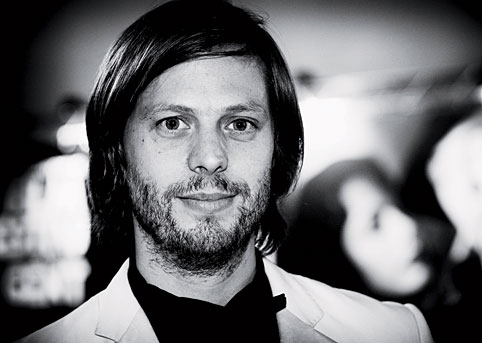 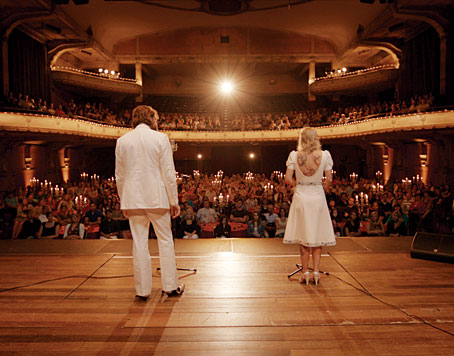 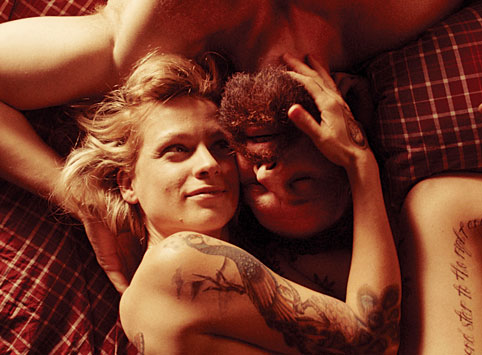 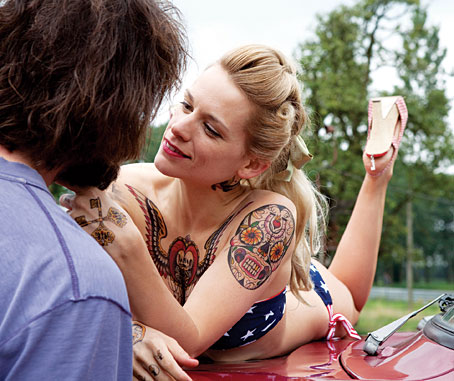 FLUX: Grief can’t be shared and there was a scientific element of this? How important is that in the movie? – the faith vs. science issue that it raised.

Felix van Groeningen: I’ve read a lot of Richard Dawkins. He was important for Johan in the feature play. When you see this guy, he gets so upset when people talk in Dogmas. He gets so worked up about it and its just that sort of paradox that a guy can be so smart and then irrational in his emotions. Just let people be!  – you know (laugh)… To me that was important, that strange mix between how we today also handle those things. Rationally we know that there is probably no God but in very irrational moments we will make up one, while knowing that we are making it up.

I actually found some of these irrational moments lol funny, was this intentional?

With the bird? Yea, I mean, yea, in the best option its funny. You ask, is he really serious about this? In a way he’s right but it’s so over the edge that it doesn’t make any sense anymore.

Have you worked with Johan Heldenbergh before?

Played in my first and third movie. He’s a great, great guy. What’s so incredible about him in this movie is that he made a theatre play; he starred in it, he directed it, he wrote it; and then he let me make a movie about it and gave me complete freedom and supported me in every way and really acted as an actor and not as a playwright.

What about Veerle Baetens?

…Bewitched me…umm no, I really fell for her and the match with Johan was incredible I think. She was the only actress that when I saw her, I thought he (Johan) would be afraid of her at some point in their relationship, and that’s really because of who she is and the intensity of her playing, and I didn’t have that with the other actresses and I didn’t realise it was important. It’s only when I saw her doing it that I thought, “ok, this is the missing link, or something”.

And Johan’s fear brought out something else in him?

It balanced the relationship for the movie. He’s such a bulldozer, at some point in this movie… (he’s also extremely charming).. but if he would, always be a little above her it wouldn’t fit I think. He needed at some point to be overruled by this tiny beautiful woman (laughs).

The music was important in the movie, did you have a favourite by the end?

The main emphasis of this movie is that you can’t share grief, and the key scene is when they perform If I Needed You.

It seems like fate was also a theme in the movie and it was almost as if love couldn’t break the, if you like, “downward spiral” that Elise and Didier were on –

Yea, love didn’t. Do you think they were in love?

Oh yea. Well, with the last image it’s an unfair conclusion. If it heals everything, no.

…what possibly could have healed their situation?

Fate again I guess (laughs)… In that sense, this movie is a parable. It’s not whether it could have, it’s just a matter of what you have to accept. And, again, the core of the movie is that you can’t share grief, and some couples do overcome but 70% of people who lose a kid split up. These are facts. I’ve experienced that too, when my mum when she lost her boyfriend. It’s very hard to be there for those people because they have a shield around them. They’re in their grief, you can hold their hand but then one week later I’m over it and they’re not.

The Broken Circle Breakdown is out now in UK cinemas. Other Felix van Groeningen movies – The Misfortunates, Belgica.

Beauty Photography by Alex Falcao – Fashion Is In Your Eyes