You’ve probably heard it before: the age-old crap that a woman can’t have beauty and brains. We have a sneaking suspicion that anyone still spouting this sexist nonsense in 2019 might be a tiny bit jealous, as we know more than just a handful of drop-dead gorgeous women with IQs to match.

When it comes to quips about intelligence, it’s often models who get the worst rap. That’s why we’ve put together a list of three of our fave interviews with famous models that you need to watch.

Hearing these articulate and accomplished ladies talk about their lives, aspirations and achievements will leave you nothing short of inspired.

Moldovan-born and Romanian-bred model Elena Matei is a perfect example of a blonde bombshell that has far more to offer than just her stunning looks. When she’s not busy shooting covers for magazines like Elle & Numero, worldly Matei loves nothing more than to perform her own songs under the stage name “Liv.”  She’s also a keen traveller, keeping her nearly 200k fans up to date on her adventures via her Instagram page.

In this Elle interview with Elena Matei, the multilingual model elaborates on the stark reality of having travelled so far from home to pursue her dreams. Speaking Romanian, she explains, “I miss our people here because they are very kind […] people from New York are good and kind but it’s not the same connection that we have here, between us.”

However, the well-travelled beauty is quick to point out that, while she loves both home and New York, she doesn’t have a favourite city. With a wisdom beyond her years, she muses, “I like them all.” Matei elaborates: what truly makes a place special is “if I have people that I love and they love me back.”

At the center of everything enigmatic Elena Matei does is her faith. Elena discusses how her orthodox upbringing impacts both her work and personal life, explaining that she was once torn over whether to pursue a new project and asked for a sign. Right after this, she found a tiny Virgin Mary icon on the ground in a crowded mall. Elena still keeps the icon in her purse to this day.

While we love Elena Matei’s Elle interview for her heart-felt musings on the model life, Georgia May Jagger’s Teen Vogue interview grabs our attention for a completely different reason.

Daughter of rockstar Mick Jagger, Georgia is a breath of fresh air on the modelling scene. In this interview, she showcases her gregarious personality through a series of tongue-in-cheek quips. Playing against the elegant and sultry model stereotype she’s known for, Georgia spends the “interview” brushing her teeth while drinking Coke and jumping on a hotel bed like an excitable pre-teen.

It’s impossible not to be won over by Georgia’s playful self-awareness as she answers the usual, sometimes dull, interview questions in a candid, unrehearsed fashion. When asked what it’s like being Mick Jagger’s daughter (for likely the thousandth time in her life!), Georgia simply makes a raspberry sound. The most British thing about her? “My teeth!” she jokes, gesturing to her famous gap.

Georgia’s Teen Vogue interview just goes to show, she’s as hilarious as she is gorgeous.

Cara’s Delevingne has come along way since THAT super awkward Paper Towns interview she did in 2015. In a recent interview for Elle UK, Delevingne steered clear of uninspired interview questions to discuss something she’s really passionate about: women.

In this short, sharp and shiny interview, she’s asked to list some ladies she’s inspired by. Cara’s quick to explain, “…listing them is so hard, because I’m inspired by every woman I’ve ever met, literally.”

Discussing her favourite memory of sisterhood, the UK-born babe’s eyes light up. She reminisces about an all-girls trip to Mexico at 25, where none of the girls fought the entire time. One girl, she explained, was reluctant to come, because she ‘didn’t trust’ women. By the end of the trip, she told Elle, the girl was in tears and confided in Cara her “I can’t believe I just didn’t have good female friends.”

In true, cheeky Cara fashion, she finishes the interview by announcing, “In my mind, equality is impossible, because men and women aren’t equal. Women are better.” Then, she jumps off her stool and runs out of frame, giggling.

As much as we love hearing celebs give the goss on their favourite trends or upcoming shoots, Delevinge’s celebration of womanhood is truly refreshing and a must-watch.

In these three must-watch interviews, Elena Matei, Georgia May Jagger and Cara Delevingne remind us that it’s possible to possess beauty and brains in equal measure.

Men’s smart casual & how to style it

Sandqvist: Bringing Sweden to Soho in a very cool backpack

A must for all lovers of unpretentious, real-deal paraphernalia, Scandinavian classic bag brand Sandqvist are ... 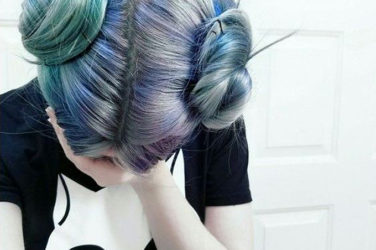 How To Pull Off An E-girl Look

words Alexa Wang If you have been on TikTok for a long time, you ... 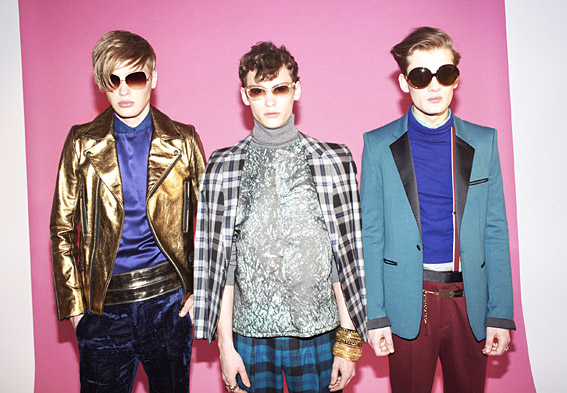 Footwear trends we’ve all tried (and some we’d like to forget) – words Al ...