While many people enjoy a glass of wine, fine wines still have a certain air of mystery about them. To become a connoisseur takes years but you have to start somewhere. There are many factors that distinguish fine wines, including price and vintage, but the area where a wine is produced can also have a huge impact on its taste and reputation.

What exactly constitutes a fine wine?

The term is generally reserved for wines produced at the best vineyards in the world, which yield grapes of the highest quality. In some cases, being produced by some of the world’s finest winemakers will be enough to make a wine ‘fine’. However, taking the time to get to know the different vintages, and noticing what makes a good wine can help you avoid making an expensive mistake.

An exceptionally good year, or vintage, yields a better grape, which in turn makes a better, ‘finer’ wine. As we will explore you also now have the choice between ‘old’ and ‘new’ world wine regions, which can have a huge impact on the overall taste of the finished bottle.

‘Old world’ wine refers to regions where wine has traditionally always been produced. Countries like Italy, France, Spain, Portugal, Greece, and Germany are known as ‘old world’ regions, as they have been producing wine for thousands of years.

This is the case in France where wine is produced throughout the country, with a few notable famous regions. Sparkling white wine, for example, can only be called Champagne if it is made in the Champagne region of northeastern France. Along with Bordeaux and Burgundy, it is one of the three most famous wine-producing regions in the country.

Each region has its own distinct features that affect how well grapes grow, which in turn alter the taste of each wine. The terroir—the mix of soil, grapes, climate, rocks, and even human touch that goes into a vineyard—dramatically impacts grape growth from region to region.

For example the Bordeaux region of Aquitaine has immediate access to the sea, which has helped to cement the vineyard as France’s most prominent wine-exporting region for centuries. While in Burgundy the limestone-rich soil sets the standard for wines produced from chardonnay grapes, and the pinot noir grapes produce some of the most complex red wines in the world.

In contrast, ‘new world’ refers to wines produced outside of the traditional wine-growing regions in Europe and the Middle East. Areas like New Zealand, Argentina, Australia, and the United States are considered to be part of the ‘new world’, with winemaking practices in these regions dramatically varied with more experimentation.

Today wines are produced across the United States, with the more notable blends coming from vineyards in California, Washington State, and Oregon.

California currently produces almost 90% of all wine in America and although still considered a producer of ‘new world’ wine the state’s wine history dates back to the 18th century, when Spanish missionaries planted the first vineyards in order to produce wine for mass.

Although old world wineries remain heavily regulated, new world vineyards have always been more open to experimentation and this is shown in the diversity of the grapes found in California which include cabernet sauvignon, chardonnay, merlot, pinot noir, sauvignon blanc, syrah, and zinfandel.

Whether you want to find the perfect red to accompany your favourite supper, or if impressing your friends with your newly acquired knowledge is top of your agenda, then hopefully this brief crash course in the different types of fine wine has set you on the right path.

Six world famous dishes you should master at home

Where to go for your pre wedding party and what’s it going to cost? 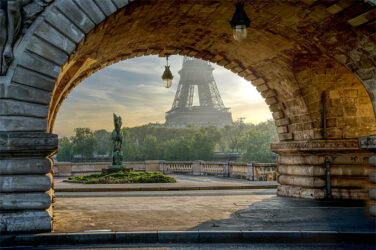 The most interesting cultural sights of Paris

words Al Woods Paris, France is the most glamorous city in all of Europe ...

Castles, cuisine and calm: Why Ibiza’s visitors are choosing culture over clubs