There are few hotels as art-of-life chic as Hotel Lutetia, the only grand hotel on the Left Bank.

Unlike Paris’ other grand hotels over in the Golden Triangle on the Right Bank, it’s in an area that’s full of life, bars, restaurants and cafes, Saint-Germain-des-Prés area, Paris’s artiest district. The results of four years of renovation were unveiled last year – and it’s spectacular.

This new look is the work of architect Jean-Michel Wilmotte, whose watchword has been, ‘Let the light enter’: he opened up the lower floors into the central courtyard, adding vast walls of windows and flooding the restaurants and bars with natural light. The Lutetia Brasserie has a high and spectacular ceiling, made of modernist stained glass decorated by Fabrice Hybe, and it’s a relaxed and buzzy place to eat, with the menu under supervision of three-Michelin-starred chef Gerald Passedat.

Originally opened in 1910 as a sister project to the nearby Le Bon Marché department store, and championing the then brand-new Art Deco, Hotel Lutetia is a magnificent curvaceous meringue of a building. Requisitioned by occupation forces during WW2, it later was a key locale during Paris’ post war renaissance: James Joyce wrote Ulysses here, with occasional edits by – who else but Ernest Hemingway, darling – and Picasso and Matisse were frequent visitors. Josephine Baker used to dance on the tables on what is now the bar.

The renovated rooms either have have inky-blue walls or are in soothing greys and creams, and all have plenty of natural light. Most have bathtubs hewn out of a single block of two tons of delicately grey-veined Italian Statuario marble. Non-guests can also enjoy the hotel: doing as the locals do, and popping in for a cocktail in the Josephine Baker bar, which has one of the triumphs of the restoration: the beautifully restored 1910 frescoed ceiling. There’s live jazz in the evening. There’s also a book-lined bibliothèque for quiet reading.

Are there many better ways to enjoy life than to float along a river whilst fine dining? Alain Ducasse’s electric boat: Ducasse sur Seine is a purpose-built electric boat that glides absolutely silently off from opposite the Eiffel Tower. The spacious dining room is walled by plate-glass that frames the river views, and tables have pristine white tablecloths and silver cutlery. The cuisine doesn’t reach the heights of Ducasse’s landbound restaurants, for which he’s received a tidy firmament of Michelin stars, but it’s still damn good. There’s a set menu but with a range of wine-matched, suitably sea-worthy choices, with starters such as chilled lobster and mains like Turbot in oyster sauce. Restaurants on the Seine are ten a cent, but no others reach this standard: it’s the most luxurious and languorous way to sightsee you could imagine.

Equally air-kissingly glamorous is the Musée Yves St Laurent, which includes an inspiring visit to the great designer’s workshop, where sharpened blue pencils are poised at the ready on the desk as if the designer has just popped out, and his mood boards – including his dog photos  – are pinned with his pictures. Exhibitions are temporary, showing his beautiful drawings together with finished work.

In the stately 16th arrondissement on the right bank, the hood that housed both Proust and Balzac, the Philippe Starck-designed new 5-star hotel Brach has a very different vibe from the Lutetia, with Norwegian hot tubs on suite balconies, where you can bubble while overlooking the Eiffel Tower, which twinkles at night like an overexcited Christmas tree. Lush cosy rooms are filled with books, curiosities and art, and communal areas are likewise eclectically furnished, with beaded Nigerian chairs rubbing shoulders with mid-century design classics: each public area also has the most beautifully designed individual scent. It’s attached to an achingly hip members-only sports club and a Mediterranean restaurant, which has a real buzz, and its own Yann Brys patisserie. Bread arrives in an insulated paper bag and it’s divinely cake-like: be prepared to do battle over it.

But to be chic in Paris is not all about what’s new. Relish a corner of old Paris by ducking into Lapérouse, one of the city’s oldest restaurants, where scandalous affairs were apparently conducted in the private rooms and the gilt-edged mirrors are covered in scratches, it’s said from when mistresses were given diamonds by their paramours and scratched them on the mirror to check they were the real thing.

If you fancy something a little more up to the minute, you could also try Allénothèque, Yannick Alleno’s new store, gallery and restaurant in the seventh arrondissement, where the food is excellent, with beautifully presented dishes such as steamed red mullet and velvety soups, and there are over 700 labels in the wine cellar, with bottles also for sale.

For about the most fun you could possibly have on a tour of the city, take a ride around with the charming crew of Retro Tour who take you on a whistle-stop around central Paris on vintage motorcycles with flying jackets and goggles., zipping alongside the Seine in a sidecar, as passers-by watch and wave, open mouthed in surprise.

And, finally, what’s the chicest way to get to Paris? It has to be the Eurostar. Prices start at as little as £36 one way, but if you can manage to go business (£245 one way), the style dial will be ramped up to 11, with the London St Pancras lounge redesigned by Arup, and the beautiful Parisian version styled by Softroom, featuring design classics such as Tre Pezzi by Cassina and Jean Prouvé. 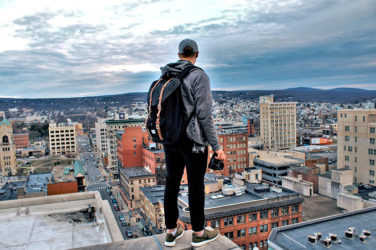 How To Be A Millennial Millionaire – It’s All In The Mindset – words ...

Bucureşti sits in its watery cage, the Balkan jumble of fin-de-siècle villas and concrete ... 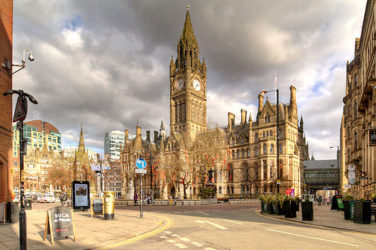