My voice echoes through the stillness of the spruce trees. Dr. Andrea Friebe, our chief scientist, clambers over thickets, followed by the rest of our team.

If you didn’t know better, you’d think I’d found nothing more than a heap of soil. But this mound of mud, obscured by tufts of dried out heather and lichen, is actually something far more remarkable.

It’s a bear den, built by a mother bear to hibernate through the long Scandinavian winter.

We’re here with Biosphere Expeditions, a wildlife conservation charity. They offer ordinary people the chance to make a positive difference to the environment by volunteering to be citizen scientists. We’re helping Sweden’s brown bear project to collect data to preserve bear habitats, protect them from hunters, and unlock the mysteries of hibernation.

‘If people hibernated, we would die. So how do bears, who are also mammals, manage to do it?’ Andrea asks, midway through our training, in the project’s rustic, timber hut headquarters.

I have no idea. But by gathering more data about hibernation dens, we can find out. So after being shown how to do it, we’re sent out into the fields and forests in search of the dens.

Each bear den is unique. Some are made of rock, others of soil or dead anthills. Each of them is a treasure trove of bear data. On our hands and knees, we crawl through the shrubbery, poised to pounce on each strand of bear hair, each telltale tree scratching revealing the presence of bear cubs.

This one is a ‘nest’: a deep grassy bed marking a canoe-shaped hole in the ground.

‘What about the roof? How’s the bear going to hibernate through the winter?’ asks Linda, a retired Californian with an intrepid streak.

‘This one has no roof. This bear hibernated out in the open’ Andrea replies.

An impressed murmur ripples through the group.

Dressed in a mixture of khakis, sportswear and mosquito nets, we’re a diverse mix. We have Americans, Germans and Brits, of all ages. The one thing we have in common is a desire to make a positive contribution to conservation.

This is what Biosphere Expeditions is all about. Twenty years ago, Dr. Matthias Hammer noticed that many conservation projects around the world lacked manpower. Not enough scientists, too many things to protect.

So Matthias started a different kind of eco-tourism organisation, one which provided scientists with the extra pairs of hands they needed while giving people the unforgettable opportunity to actively contribute to the wellbeing of creatures as diverse as wolves and turtles.

This is the debut of the Sweden exhibition, so Matthias is here with us himself. He trains us, teaches us, warns us, inspires us, all while looking oddly like Heston Blumenthal. While we’re huddled beneath several layers and hooded mosquito nets, Matthias stands among the pine trees in a T-shirt.

Our first two days are spent training at the project’s headquarters, a rustic smattering of huts and log cabins perched upon a hillside. We’re deep in Dalarna, a heavily forested province about halfway up Sweden’s spine whose sparse population of humans means a big population of bears.

Although the project runs year-round, chief scientist Andrea is no longer granted the funding to hire researchers to help her.

‘It’s great that you’re here. We have over a hundred bear dens to investigate, and I cannot do them all on my own!’ she smiles. Andrea is so passionate about bears you get the impression she would if she could.

We’re deep in Dalarna, a heavily forested province about halfway up Sweden’s spine whose sparse population of humans means a big population of bears.

By day three, we’re all getting surprisingly good at identifying bear scat (that is, shit). The important thing is to know how fresh it is. We also learn how to use the data-capturing equipment, from the funky red relascopes to the GPSs. We’re finally ready to map our first dens in volunteer-only groups.

I’m feeling apprehensive. The day is overcast. Our coordinates send us to a dirt track, which stops abruptly by a pristine lake. We climb out of the car, taking a waypoint of our parking spot so that we can find it again. All of us are nervously thinking the same thing: what if we don’t?

But as we clamber into the thickets, a calmness descends upon us. The air is fresh and cool, the ground squelchy beneath us. A total stillness, interrupted only by our footsteps. Working together, we navigate the sparseness, watching the number of metres to our bear den coordinates dropping on our GPS screen. One hundred metres, down to fifty, down to ten. We’re close.

All around, a sprinkling of pine trees thrusting silver branches forces us to duck and weave our way through. Now that we’re so near, we split up and start prowling around in circles, close to the ground.

‘Guys, I think this is it!’ Annabel shouts.

This den has two chambers. Cyril, our indefatigable German teammate, manages to climb inside with room to spare. It’s far bigger than yesterday’s den.

Today is my turn to be the scribe. As Annabel and Cyril unpack and make use of the data-gathering instruments, I’m responsible for making sure we record it all. How many trees are birch rather than spruce? Is the den on elevated ground? How thick are its walls, its roof, its bed? All of these factors reveal new knowledge about bears, knowledge that can be used to help protect them.

Collecting these data demands patience, care, and attention. But it also makes you much more intimate with nature. Wielding a measuring tape or compass, your hands deep in the thickets of lichen and moss, you quickly become more attuned to the natural world. Over the course of the week, we get better at noticing gradual changes in terrain, weather patterns, and habitats. We become citizen scientists, rather than just citizens.

The next day finds us much more confident. Above us the sky is a proud, exclamatory blue, the kind of sky that makes you want to stretch your arms and yell into the morning. After a breakfast of Spanish omelette and cheese prepared by Elfie, our genial cook and former neighbour of Matthias, we’re given our den coordinates for the day. Andrea stands before a vast map of the territory, placing pins on each group’s destination. She sends us off on our missions like an experienced commando.

Above us the sky is a proud, exclamatory blue, the kind of sky that makes you want to stretch your arms and yell into the morning

Today I’m grouped with Jan, a wisecracking documentary producer from Cologne, and Gerald, a British-American botanist and recently retired CEO who, despite being well into his seventies, is totally unfazed by a week spent clambering through dense forests and spongy swamps. We’re seeking the den of a mother bear called Maja.

Have you ever driven to a random set of coordinates? It’s surprisingly exciting. You don’t know what you’re looking for, and then suddenly you’re pulling over on the side of a dirt track, unsure of what you’ll find. This time, we’re taken to the shores of a pristine, glassy lake, its water glowing like sapphire. Clearly Maja is a bear that appreciates a good view.

Jan, Gerald and I slalom around the shoreline, pausing every now and then to bask in the lake’s glory. Today I’m the one holding the GPS, so I’m taking extra care not to lead us all into a bog.

‘It looks like there’s a marsh on this side, but the other side is quite hilly…so we need to go around’ I explain, crossing my fingers.

Within five minutes, we’re ankle-deep in sludge, the lake has been obscured by tall grass, and we’re in the clutches of a creek. So we wade through, the person in front (me) calling back instructions to the rest. Avoid this bit here! Not too bad on this side – but go the other way around that tree…

As promised by the GPS, an abrupt descent takes us down into a dense forest. Sunlight streams thickly through the leaves, illuminating great clouds of mosquitoes. I can see why Maja the bear chose to hibernate here: it’s damn near impossible to reach.

It’s all just so bucolic. An hour later we enjoy our lunch by the lake, satisfied by our morning’s work. The afternoon is spent first in a valley between two hills. Accidentally we disturb a nest of capercaillie (a frankly adorable flightless bird that looks like a giant moorhen but sounds like a turkey), sending them flapping one by one into the undergrowth.

There’s a happy medium between exhausted and relaxed, stimulated and calm, and tracking bear dens through Swedish idylls somehow hits the sweet spot. Reconnecting with nature, exploring forests and mountains, and learning how to actually use a compass properly. It’s a winning combination.

The days move with surprising speed. No sooner have we collected and labelled our bear scat in plastic bags, than we’re driving back to HQ to share our results with the team. We gather around a large fireplace in the timber clubhouse and share the stories of our day. It’s pleasingly tribal. After sharing dinner on a long communal table, we sit around sharing tea and whiskey, learning about what drew each of us to a remote part of Sweden to track bears. Then we yawn and walk across the lawn to our bunk-bed cabins for a short hibernation of our own.

The Sweden brown bear expedition will be running again in June 2020 and is available to join now.

How to have a contemporary kitchen 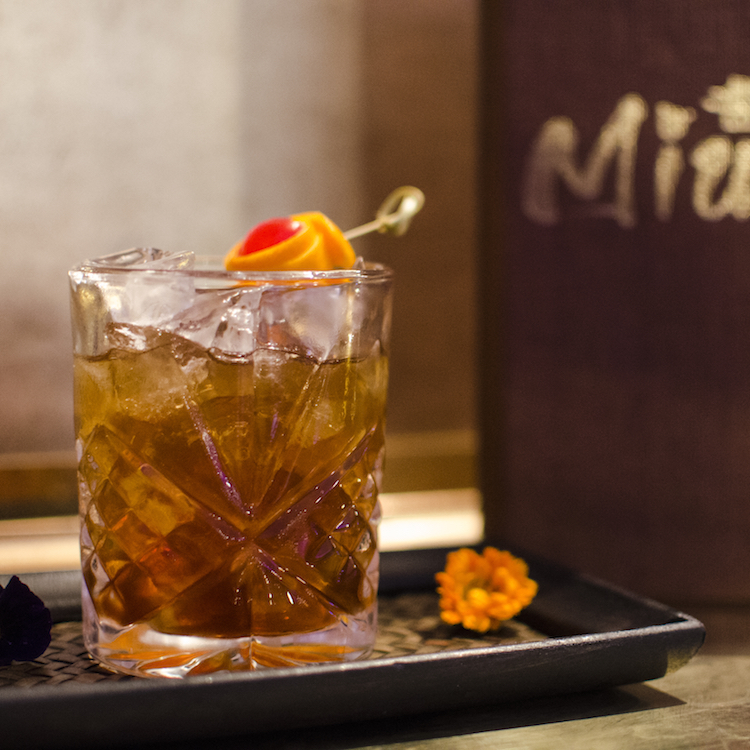 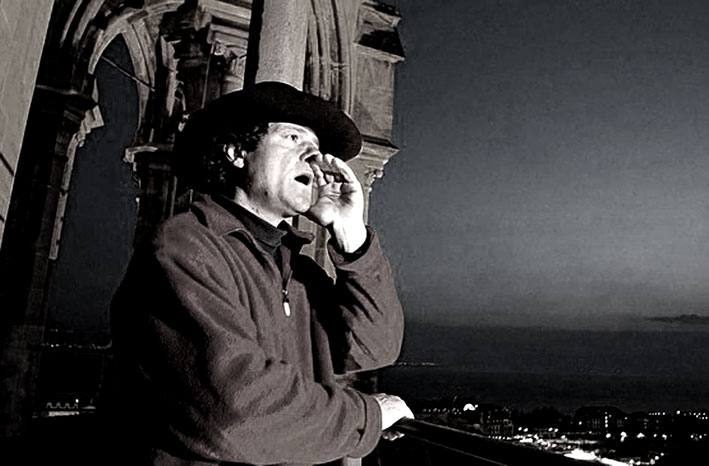 The Night Watch of Lausanne stands guard after centuries…

words Julie Clerget Lausanne is one of seven European cities in which the mission ... 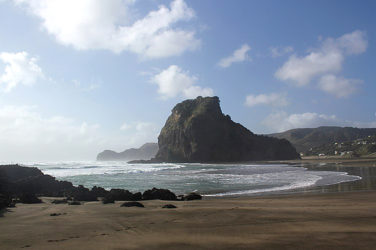 Getting Away From The Hustle And Bustle: Holiday Ideas For A Peaceful Escape

words Alexa Wang Being cooped up during the countless lockdown of the pandemic has ... 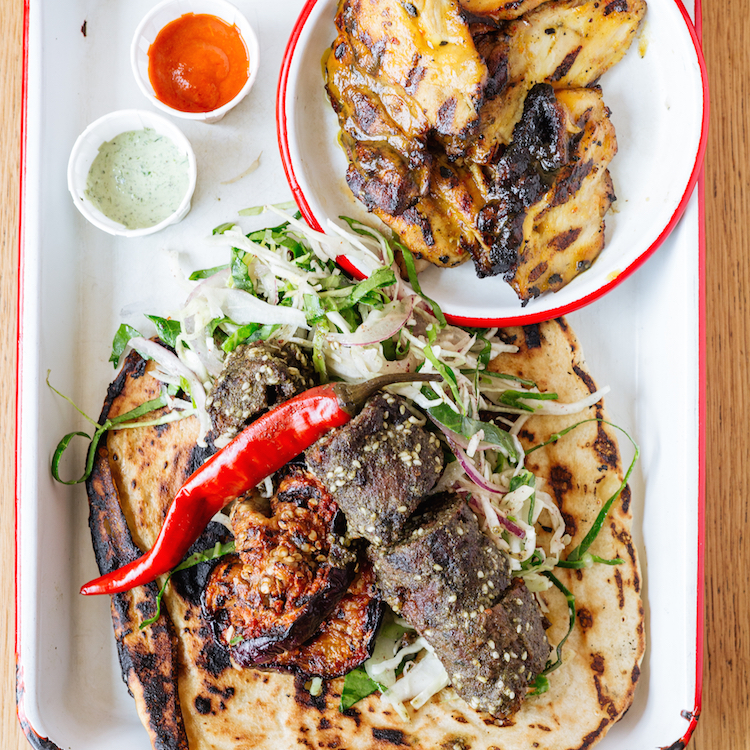 BabaBoom, where the kebab is king

Words: Chris Zacharia Behind every restaurant there’s a story. Sometimes it’s the tale of ...

Quiet perfection and sealed lips has been the guiding mantra of Anderson and Sheppard, ...