Psychedelia has found a new era through the birth of British bands that have journeyed to discover the treasury of a hidden heritage, along with a more than willing audience ready to take the trip.

‘Sun Structures’ the debut album by Kettering based four-piece, Temples, has been one of the most highly anticipated albums of 2014. 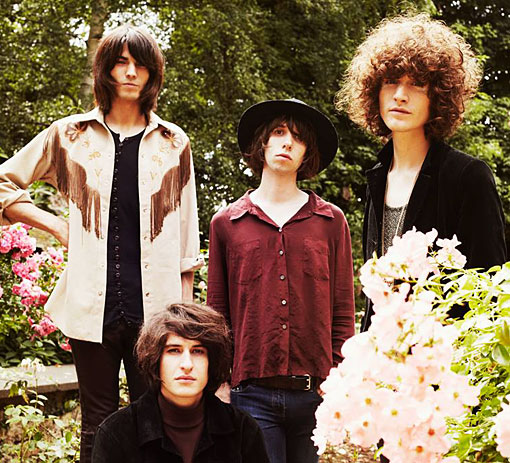 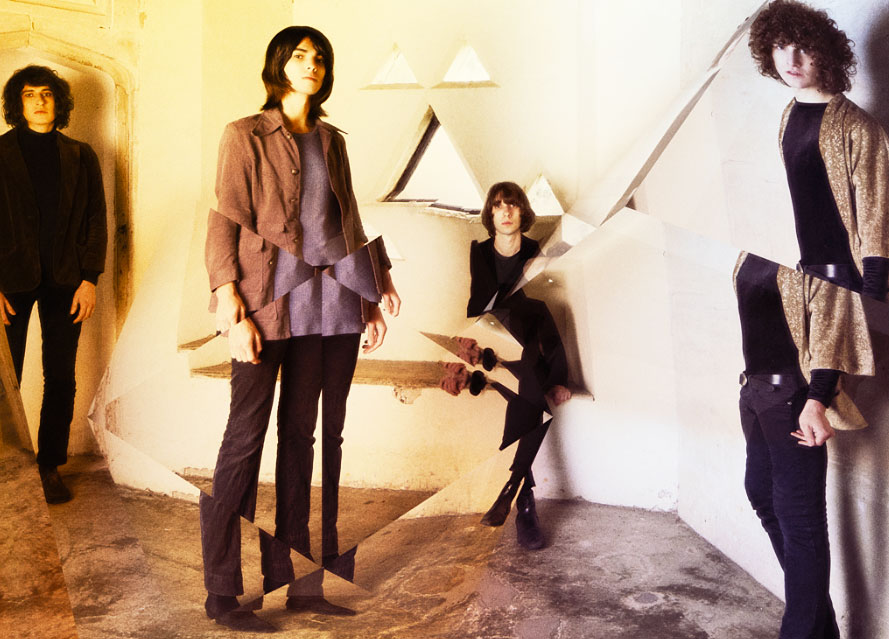 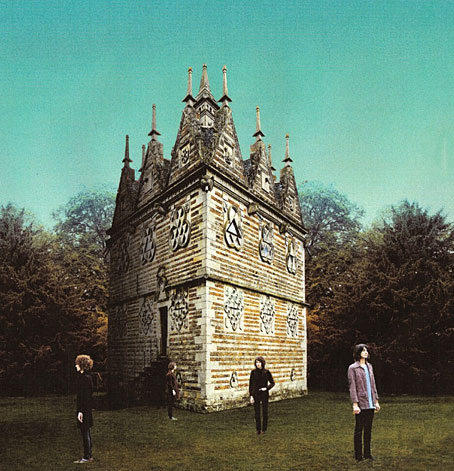 The release of their self-styled neo-psych debut single ‘Shelter Song’ re-introduced a sound as captivating as when I stumbled upon The Beatles ‘Revolver’ amongst my Dad’s record collection. Opener ‘Shelter Song’ chimes with the sepia melodies of The Beatles ‘Rain’, astral 12-string guitars and spaced out organs. ‘Keep In The Dark’ shows their ability to mix ceremonial harmonies with a T-Rex glam stomp, creating hypnotic, catchy and danceable acid psychedelia. Meanwhile, the musically visual ‘Colours To Life’ along with Byrds-esque ‘Mesmerise’ could have been recorded through a prism, dropping you into a surreal daydream of rainbow coloured melodies and decorative arrangements.

Much of the charm and instant familiarity of ‘Sun Structures’ comes from it’s DIY nature, recorded at singer and guitarist James Bagshaw’s home, who likened the set up to that of Joe Meek’s 60’s productions. ‘Sun Structures’ builds upon these foundations most notably in the tribal and otherworldly atmosphere of ‘The Golden Throne’ and the folksy ‘Move With The Season’. The use of heavy reverb, compression and closed mic techniques create a warm and solid production. The heavily treated percussion of ‘Test Of Time’ takes inspiration from The Beatles ‘Tomorrow Never Knows’, whilst crossing the Englishness of The Small Faces with the madness of Syd Barrett’s Pink Floyd.

The revered keys of Adam Smith reminisce Ray Manzarek’s (The Doors) keyboard stylings, alongside the hypnotic chant-like vocals of ‘A Question Isn’t Answered’, an exploration into one’s own mind. The Arabian riffs of ‘Sand Dance’ transport you soaring back to reality and into musicality not yet explored on the album, leaving you stranded and dazed.

Not only have Temples created a kaleidoscope of songs but also an album that sounds even better when listened to as a complete piece of work. If the mark of a great band is to inspire then it won’t be long until we see a charge of tedious imitations that miss the point entirely. Each song is heavily seated within nostalgia, ringing with memorable cornerstones of the 60’s and 70’s. Yet it’s not about the past or even the future, it’s about finding inspiration and reinterpreting it to create something inventive, invigorating and exciting, ‘Sun Structures’ is a unique album and one that works on so many levels. 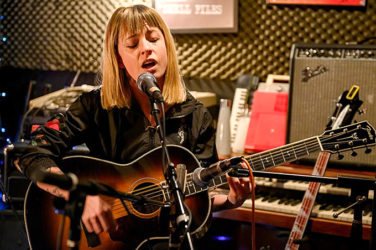 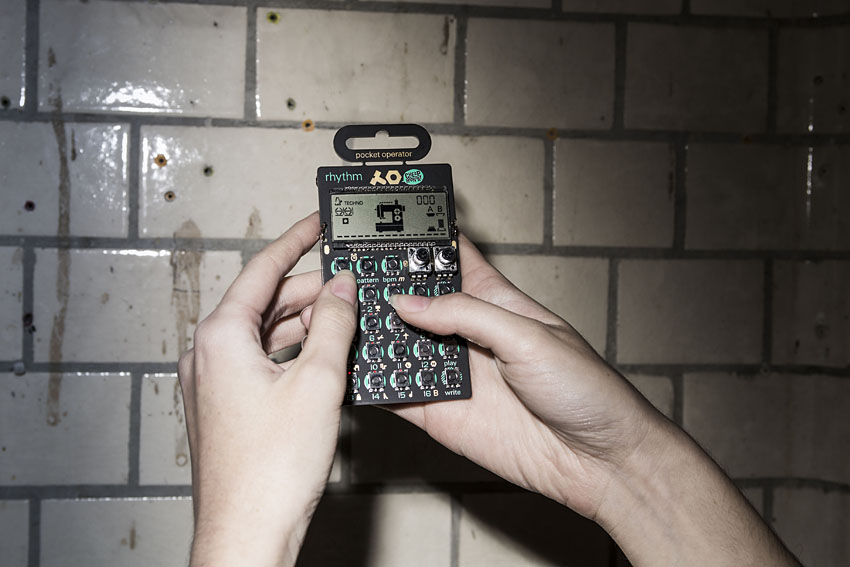 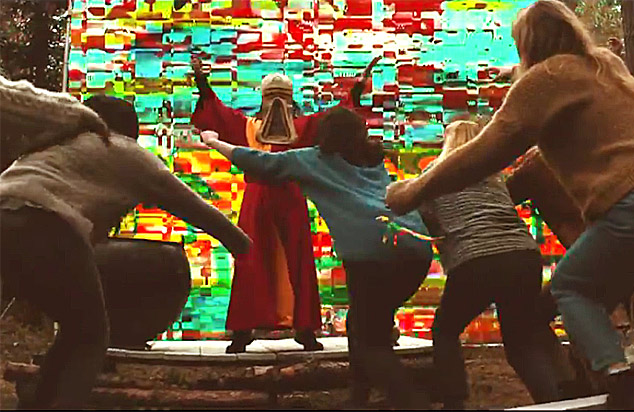