Have you ever been in a taxi and had a torrent of words from your taxi driver that just messed with you head? I’m sure we’ve all been there – I certainly have. Well Hull band, Vulgarians, have penned their latest single ‘Hands around the Waste’ after just such an experience.

Vulgarians display snatches of the dark stories related to them make it into the lyrics of the song giving it an acerbic and surreal edge. The barbed, comic and twisted words are sung and barked atop a gorgeous backdrop of solid grooves and shattering guitars.

The rhythms and beats driving the song are heavy, almost funk driven until you get to the chorus for a full blast of crashing guitars. The back section of bassist Jodie Smith and drummer Connor Cheesman have helped shift the sound away from pure guitar rock. There are hints of Pixies, Sonic Youth and Talking Heads in there for me which, even as I write that down, sounds a fine idea. It’s a sublime combination and takes the band into a new direction. And it’s not what you’d necessarily expect from musicians or bands from Hull, which naming the most famous would focus around Paul Heaton and Fat Boy Slim and then Bowie guitarist, Mick Ronson, Everything but the Girl and the Paddingtons. Of course, there’s Throbbing Gristle but that’s a whole other story. 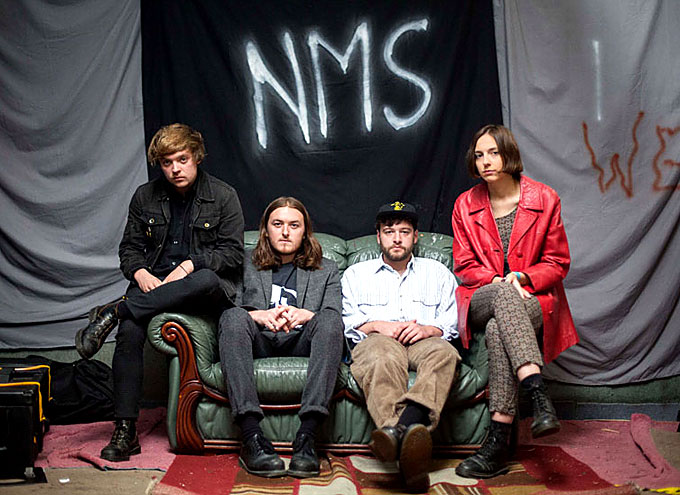 The Vulgarians took the name for their new EP titled ‘Almost-Instinct, Almost true’ from a piece by Hull poet Philip Larkin. The band have been making a name for themselves lately with their incendiary sound and lyrics. The EP was produced by MJ of Hookworms who the band admire and who has also produced Honeyblood, Eagulls and Pulled Apart By Horses. Speaking about working with MJ, Vulgarian’s frontman Ryan Wilson-Preen says: “We’re all really big fans of his work with Hookworms and he’s also produced many of our favourite records. We knew he could certainly add his experience, but also bring his music knowledge to the table.”

You can hear the track for yourself here

Vulgarians will be embarking on a UK wide headline tour through May. Dates will be announced soon. The new EP, ‘Almost-Instinct, Almost True’ is out May 5th featuring the single ‘Hands Around The Waste’.