For those who have never lived in London’s Peckham, hearing the district’s name probably brings to mind Only Fools and Horses and Desmond’s, the riots of August 2011 and the tragic death of Damilola Taylor.

These are all things that Peckham is most famous (or infamous) for. It is an area that conjures up thoughts of poverty and deprivation. The tattered South-of-the-river: burnt-out, dangerous and bleak. But Peckham and the area known as Bellenden Road is far more complex than such a narrow reading would have you believe. 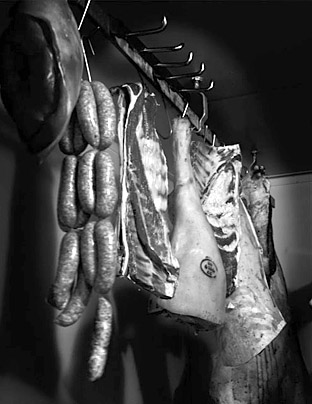 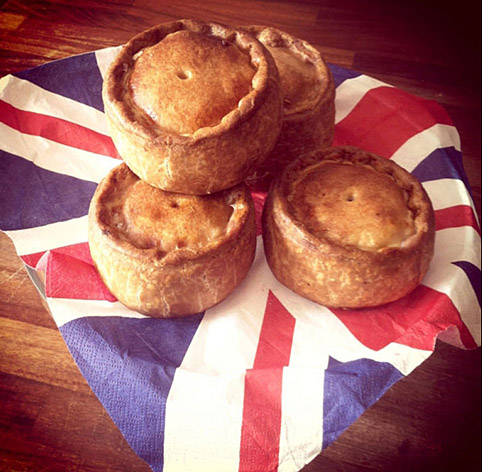 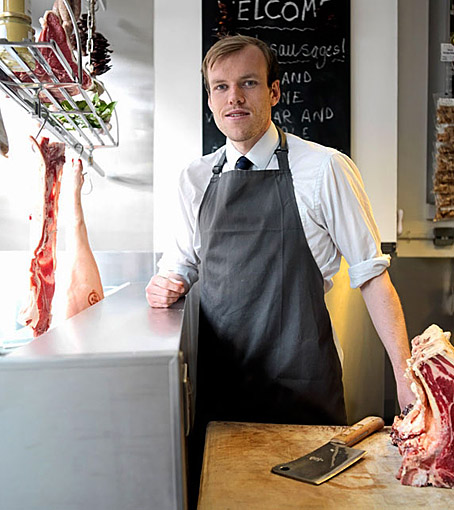 Yes, from the upper-deck of a London Night bus, it might look intimidating, but it is one of the most diverse and exciting areas of London both socially and culturally. With Goldsmiths and Camberwell Art School a stone’s throw away it is a haven for artists and students. Peckham is their creative breeding ground with affordable housing and unparalleled cultural diversity.

I was hooked by the allure of the cultural-South East, when I moved to the area after 7 years in the yummy mummy capital of London, Clapham Junction. Rye Lane, with its pound shops, 99p shops, 98p shops (I’m still waiting for a 97p shop), was quite the catch when I first came house hunting; I simply loved it. The road is peppered with butchers selling meat of a dubious quality; they sell heads and feet of animals you’d struggle to identify and broiler chickens that look like they have chicken pox. There are brilliant market stalls, an all-essential Primark, some cracking greasy spoons and a classic London pie, eel and mash shop. I love it all. However Rye Lane is only half the story as over to the West is a haven for the food-lover and gastronomical explorer.

When I first arrived in the area there was a decent selection of places to eat, Bellenden Road restaurants, but each one was matched with an empty property or failed business. Time has, however, worked its magic; it was an area ripe for change, for regeneration… and that is exactly what has happened.

Now, leaving Rye Lane and walking up Choumert Rd you will stumble upon the recently opened Café Viva, an independent coffee house doing a great line in homemade soup and sandwiches. All their ingredients are locally sourced and their coffee comes from Volcano Coffee in West Norwood, a gourmet coffee company specialising in seasonal coffees roasted in small batches . A bit further along and you come to neighbourhood favourite Petitou with its outside seating and leafy exterior making you feel like you’re anywhere but a bustling corner of South East London. They serve hearty portions of café favourites, all homemade and often organic – their quiches are incredible. And then, before you know it, you’re on Bellenden Road, the heart of all the action. Here is a road that looks Peckham stereotypes straight in the eye and wins the challenge.

Bellenden Road features an impressive selection of independent shops selling everything from vintage clothes to dog make-overs. Melange, a bespoke chocolatier, has been resident here since 2008, producing a great line of unusual flavours and the richest hot chocolate one can find this side of Brockley. Also on Bellenden Road is the recently opened Begging Bowl which occupies the site of a former pizzeria. It instantly became a local hit, with its small plates, no reservations and Bangkok street food inspired menu.  They eschew the typical Thai red curry, offering much more exciting options like steamed seabass with chilli and lime or deep fried salmon with sour fruits. Soon to open  is The General Store one of the best Bellenden Road shops promising fruit&veg, cheese, bread and more. In the middle of the street is Anderson & Co that serves beautiful coffee and stocks Brick House Bakery bread, the company behind Best London Loaf – The Peckham Rye. It is here that I catch up with butcher Charlie Shaw from Bellenden Road Flock and Herd, my favourite of the local independent shops.

Flock and Herd has just celebrated its 6 month birthday and is at the heart of the changing face of Bellenden Road. They offer a wide selection of produce from offal to beef fillet taking in every kind of game along the way. If Charlie doesn’t have what you want at the time give him two days and he’ll have found it for you. His meat is free range and free from any additives. Careful sourcing means it all tastes great too.

I asked Charlie how he got into butchery: “I grew up in Greenwich and, never went to university. I couldn’t decide between becoming a chef or a butcher.” However, his indecision was short-lived, he explains, saying “I bought a sausage making machine and started experimenting at home. I loved it. So I moved to Leeds for a year to train at, what was at the time, the only full-time butchery course in the country.”

By the age of 23 he was managing the Borough Market branch of Ginger Pig, then… “After 4 years shivering outside I thought ‘it’s now or never’ so I started looking for a site to start my own business. Initially I was looking at a site in Hackney, but that fell through, and then a premises on Bellenden Road Pecham came up,” he says, explaining how he came to Peckham. “I grew up not too far away and have family in the area so I was already fond of it.” When I asked what it was about Bellenden Rd particularly that attracted him, he said “It has a good sense of community, it isn’t surrounded by chains and bookies and there’s a good variety of shops. I like that it’s mixed. There’s a car stereo place to one side and a dog parlour across the road.” However, it wasn’t all so straight forward; at one point, Charlie explains, it looked like the project wouldn’t go ahead: “The landlord said he didn’t want a butcher moving in – that was really annoying as I wasted money on solicitor’s fees. Then a smaller site became available a few doors down.” The lease was signed and the real work began… “I spent 6 months having building work done, sourcing second hand equipment on Ebay and then me and a couple of mates hired a van to get a second hand display cabinet from Manchester.” Flock and Herd finally opened in the summer of 2012.

Since opening Charlie has noticed a change in the kind of customers Peckham brings. “More and more men are starting to come in, especially during the week. I think that’s due to a lot of freelancers working from home round here. There’s also a lot of families and I’m noticing more young people too.” He is keen to capitalise on this demographic and make the shop accessible. “I just want to offer something to everyone really. I know from experience what it can be like walking into a butcher – it can be intimidating, especially if you’re not sure exactly what you want. I love it when people ask questions.” I wondered what potential he thought there was for his business in the area and he replied, “I think if I can cater for every budget, that will help. I don’t mind if a customer wants a whole beef fillet or a 10p chicken carcass, it’s all fine with me. I like to try new things, if you don’t try them, then you’ll never know.” This has paid off recently as stuffed lambs hearts and homemade faggots sell out quickly, regularly.  I asked what was next for Flock and Herd and how he sees the business growing: “I’ve got loads of ideas, I’d love to try and get a smoker out back and, who knows, maybe a second shop at some point, but for now I’m just happy with how things are going.”

Having a butcher like Flock and Herd around the corner is a gift and I, for one, am glad that Charlie bought that sausage machine and took the butchery route. The buzz of Rye Lane and the food emporiums of Bellenden Road are two different sides of the Peckham coin. They both contribute in a positive way making it a unique place to live and, with such variety on the doorstep, I won’t be leaving anytime soon. 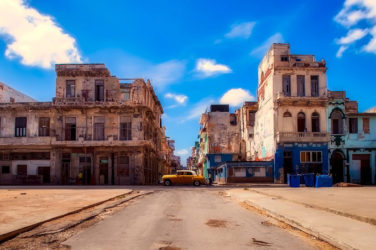 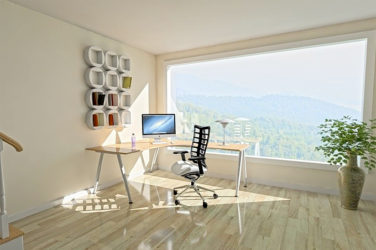 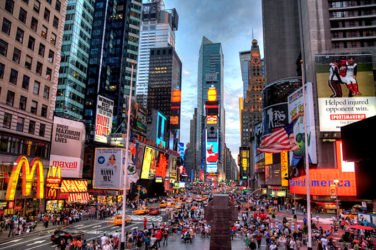 How to prepare for a trip to the USA

words Al Woods Whether it is your first time or an avid traveler, planning ... 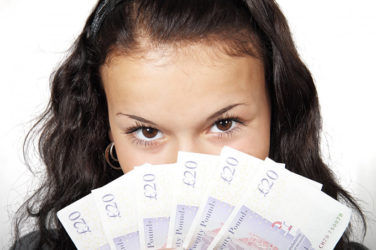 What you can do right now to better your long-term finances – words Al ...

What would you give up to get your dream car? – words Alan Turnbull ... 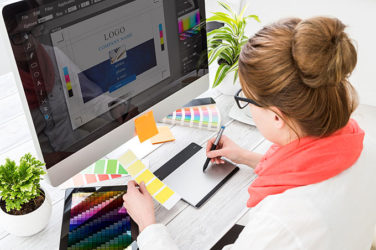