George Osodi’s series of portraits of Nigerian monarchs summons up many thoughts and emotions. How do these Kings and Queens co-exist with the democratic but often troubled Nigerian government? How do their subjects, the people themselves now view these rulers?

The photographs themselves are as powerful as they are intimate. You get a glimpse into another world and a sense of the strong traditions, costumes and cultures represented by these images. Osodi has been given open access to these monarchs who smile back at him in such an open and regal manner.

In George Osodi’s own words: “The idea behind this project is to travel around this diverse country and go beyond the portraits to explore the subjects environments, being the custodians of our cultural heritage and peace makers, exploring their architecture and fashion with the view to showcase and celebrate them and to mirror the country’s great culture through their personalities” 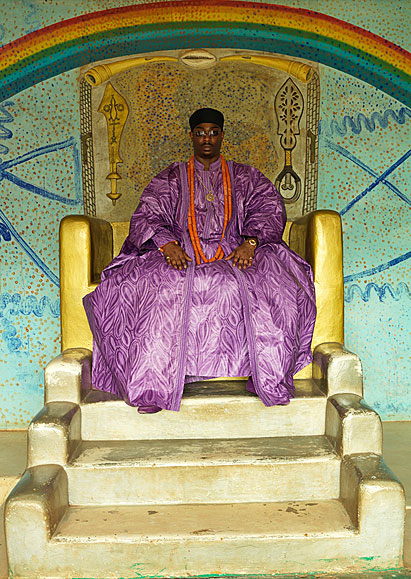 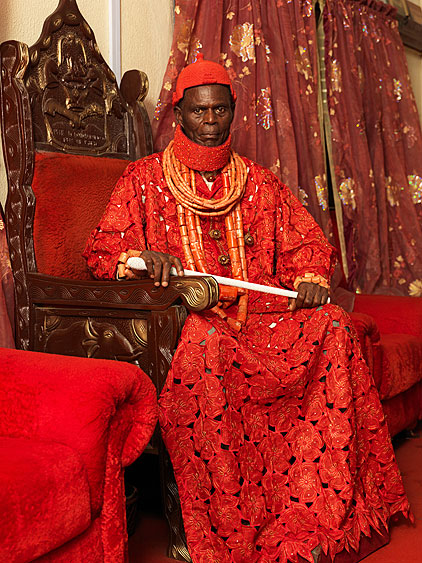 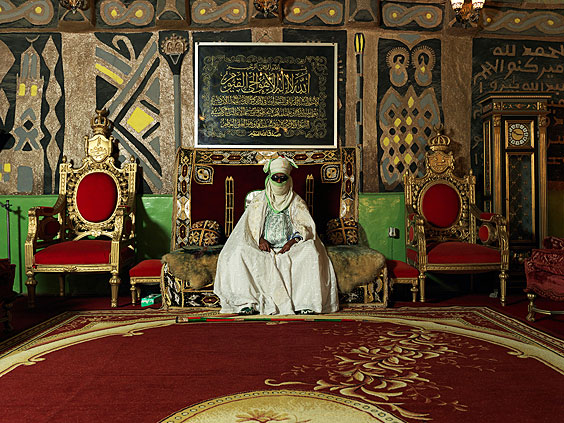 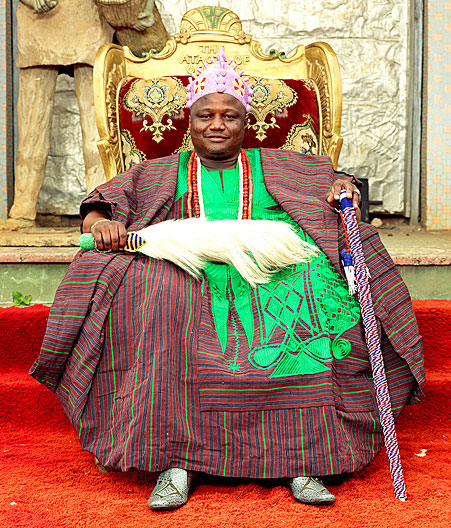 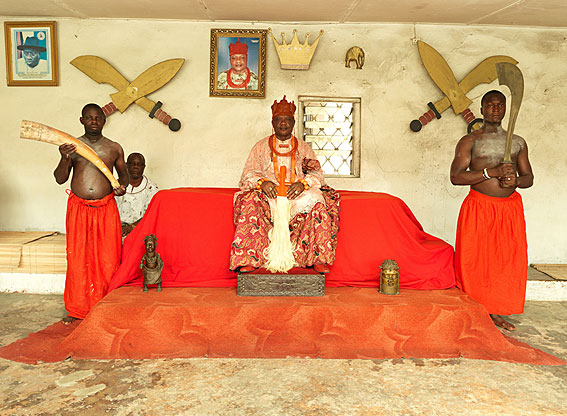 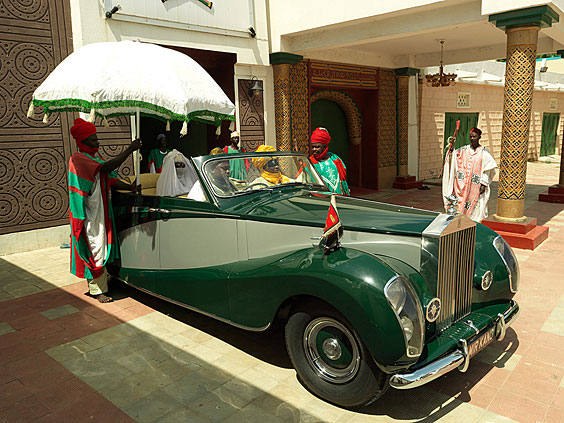 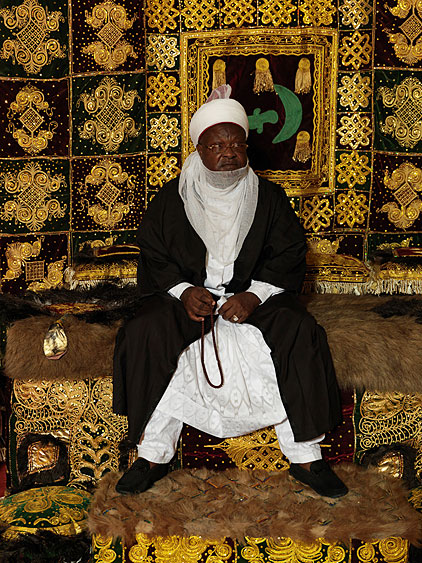 The following is a statement from George Osodi. His personal insight into the photographic series.

“NIGERIA MONARCHS” The Custodians of Peace and Culture by George Osodi

“A people without the knowledge of their past history, origin and culture,” said Marcus Garvey, one of the founders of the Pan-Africanism movement in the early 1900s, “is like a tree without roots.”

Documenting and archiving culture is the key to understanding origins and thus developing a sense of identity. Few would argue that in Nigeria, there are simply not enough cultural archives in existence. Nigeria, one of the largest and most important countries in Africa, is rich in traditions and customs, both indigenous and modern as well as many different monarchies. Pre-colonially, many Kingdoms have existed in this region, and were governed by their Monarchs who managed inter-village diplomacy, carried out the will of the people and prevented tyranny before the intrusion of the British who also created some new kings and kingdoms from existing ones. Though the monarchs hold no constitutional rule since the system was abolished in 1963 when Nigeria became a republic within the commonwealth, the monarchy structure remained relevant in the political landscape of the country. These Nigerian Kings and Queens command great respect and trust from their tribes. Although there is very little known about the roots of the many different kings and queens in Nigeria, they are considered to be a major part of Nigerian history. While there are no official numbers on how many kings survive in our current period, the guess is that they are as many kings as there are tribes.  Vestiges of a former age their ancient traditions preserved, their wisdom and power still honoured. Ancient customs/architecture, and fantastic finery, NIGERIA MONARCHS takes us into the inner circle of many of these tribes in the person of their king.

Gorgeous formal portraits of each king, in full regalia, are accompanied by brief biographies and historical notes on the tribe and the rituals and history associated with each ruler. NIGERIA MONARCHS introduces us to a way of life rarely glimpsed, with anthropological roots as deep as any on the earth, as they make the transition into a new millennium.

The idea behind this project is to travel around this diverse country and go beyond the portraits to explore the subject’s environments, as custodians of our cultural heritage and peace makers, exploring their architecture and fashion with the view to showcase and celebrate them and to mirror the country’s great culture through their personalities. I am of the view especially in this time of sectarian crisis and insecurity, that people see the diverse nature amongst people as a strength and not a weakness or divide.

The exhibition is presented by Z Photographic who also represent the photographic work of George Osodi. The show will run from 11th October until 3rd November at Bermondsey Projects, London SE1 5SF